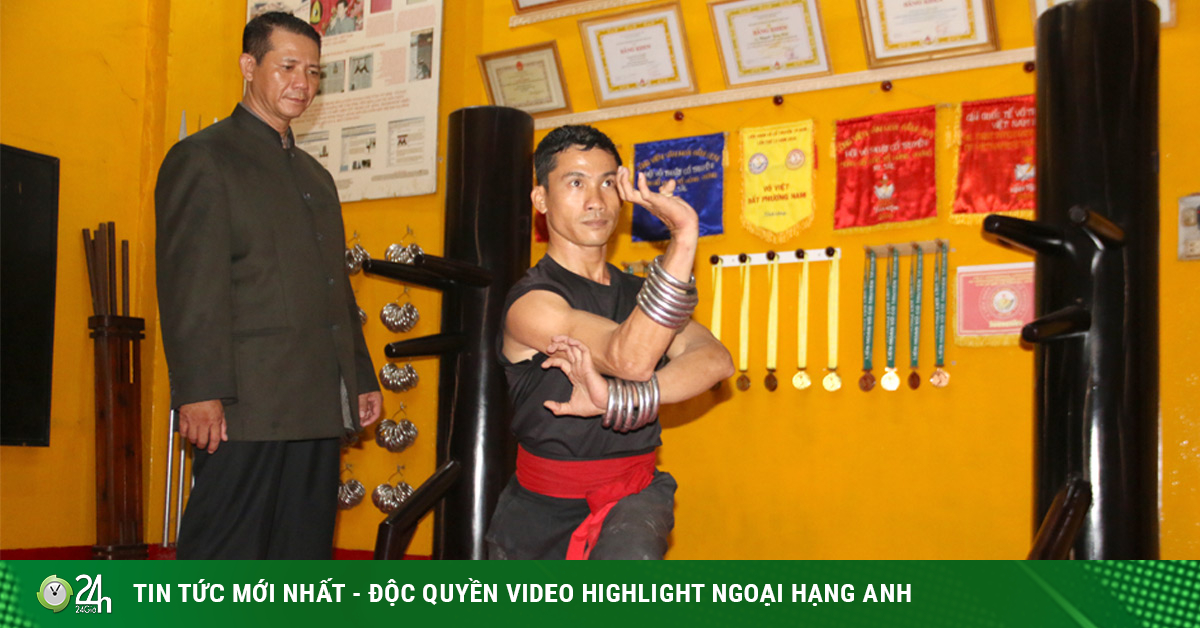 (Sports news, martial arts news) Not only has its own identity, the tiger boxing lesson of the Nam Huynh Dao sect also has very strict rules and “special elaborate” lessons that disciples must adhere to. practice.

After practicing martial arts for more than 10 years, I was able to transmit Tiger rights

Tiger boxing is one of the most advanced martial arts of Nam Huynh Dao sect. Therefore, every martial artist who is taught this martial art must have at least 10 years of practicing martial arts, converging physical and mental characteristics, perfecting the inner air as well as overcoming a number of challenges. is different.

Explaining this very strict selection, School Head Huynh Quoc Hung (brother of the master Huynh Tuan Kiet) said: “Tigers are strong, resilient in combat, magical in terms of law, should have High value on in combat. The methods of tiger boxing are very diverse, in which the ability to pounce, kick, and grab is important. Nam Huynh Dao’s tiger boxing has its own identity because the foundation is going from the inner air, training from the inside. The spirit of martial arts is courage, pioneering and ready to sacrifice for a great cause. We have very high technical requirements such as the right set of methods to be active, the body to be spiritual, the tactics to be straight, the shoulders to be compatible, the ribs to be open and the eyes to be angry. The characteristics of this type of boxing are fierce, sharp hands and eyes, flexible body and hand movements.

Advanced exercises will be taught in the secret room

If the Tiger boxer only imitates the outward appearance, simply using the strength of his hand and back fingers to resemble a tiger to attack, he will only have a weak force, not causing damage to the opponent but also injure your own hand. Therefore, to be able to promote the highest power of the tiger box, the practitioner must have a good background in internal qi, “said Huynh Quoc Hung.

The “special elaborate” increases the power of the tiger

After selecting a disciple who meets all the conditions suitable for the tiger boxing lesson, Grand Master Huynh Tuan Kiet will call this person into a high-class elaborate room located in the secret room of the sect to teach. This is also the place where the master, depending on the qualities of each student, secretly transmits the most unique learnings of the sect. In particular, in order to maximize the power of Ho Quyen, martial artist Nam Huynh Dao has to practice more “special elaborate”. One of the few is the Dan Guo Gong, also known as the Iron Claws, an exercise that helps internal and external coordination.

The martial arts master will use his bare hands to plunge into a large pot filled with sharp stones and at the same time wear dozens of heavy weight bracelets on his arms to increase his body’s endurance. People who practice the dandelion have strong fingers, stronger arms than humans, but also have a very high attack speed after removing the rings. 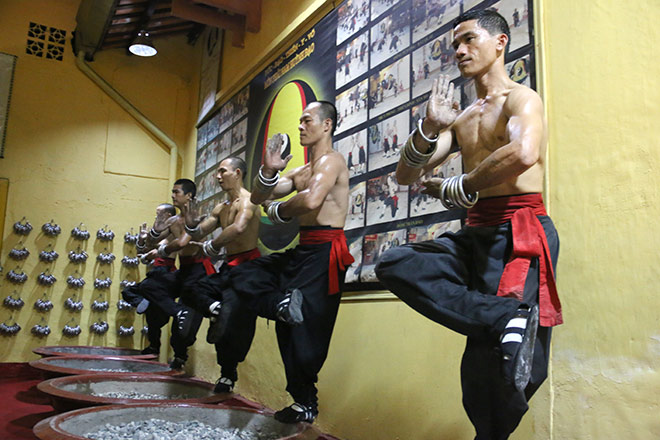 Another exercise called “Muc Duc Cong” specializes in extremely solid and flexible Dharma practice. Martial artists have to move to box on a large pot with a relatively small, uneven, bumpy contact surface or even to meditate with only one foot on the wall of the pot.

This is a very difficult exercise that requires the master to have a unified, balanced body, steady attack, decisiveness and accuracy in every move. Master Le Thanh Hung, who is considered the first master of “tiger boxing” of Nam Huynh Dao with more than 16 years of pursuing traditional martial arts, was personally taught by the master Huynh Tuan Kiet.

“Nam Huynh Dao’s tiger boxing is not only beautiful, but it must be effective, highly realistic, helping the master to train both mentally and physically, thereby being able to withstand the pressures of life. Cultivate human character. A move can sometimes take 5-10 years to be able to hit all of its divine power,” added Truong Huynh Quoc Hung.

Previously, the technique of “transmitting electricity” of the Nam Huynh Dao sect caused a fever in the martial arts world. With techniques that attract the attention of many people inside and outside the sect, Nam Huynh Dao still has his own charm to create his identity. (Sports News) Instead of the usual sit-ups, female Gymer Thanh Nhan has her own, high-difficulty exercises to…