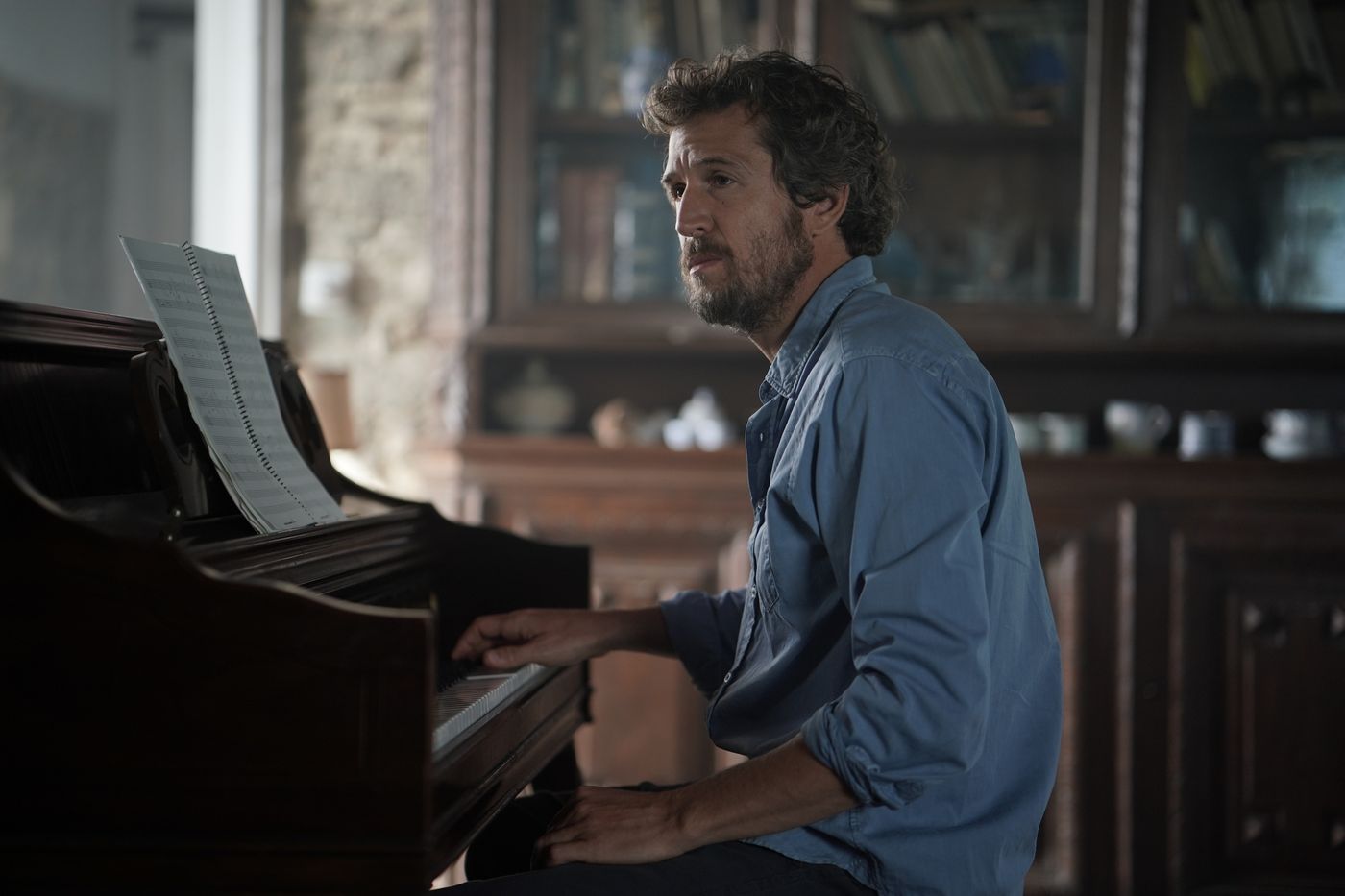 Guillaume Canet and Guillaume Canet are on a boat. One pushes the other into the water. What’s left? In Him, the character embodied by the actor-director quickly leaves the ship on which the film begins to settle in a house on the side of a cliff on a Breton island. A composer for the cinema, he left his wife and children in Paris to write the music commissioned by a British filmmaker. Exasperated, he notices on the spot that the piano is not tuned when he needs it to get to work. Between two battling calls to his wife, he summons by thought all his relatives who immediately appear in the house, as well as a duplicate of himself.

→ READ. “We will end up together”, Vincent, Max, Marie and the others

With its neat image, the production which features those we could call these “thought beings” conceals some elegant finds. Corn Him, fruit of the pangs of the first confinement, sins by his writing that would have needed more subtle for this plunge into his tormented psyche. Halted in his preparations for the new opus of the adventures of Asterix and Obelix, Guillaume Canet frantically began to write scenes that had become in three weeks Him, shot in three weeks with the crew in the harbor. “It is undoubtedly my most personal film and contains certain elements that I have lived or felt but it is not an autobiographical film. », Explains the filmmaker.

A more appalling version of oneself

Some passages hold our attention as moments of self-mockery, too rare, which recall Rock’N’Roll, or the guilt of a son, convinced for decades to be the trigger for his father’s heart attack, struck down minutes after leaving home when he was 10 years old – an episode borrowed from the personal story of Guillaume Canet.

→ CRITICAL. “La Fracture”, a couple and a country on the verge of breaking up

But for the rest, these exhausting dialogues between him and his close relations, him and him, prove to be exasperating of egotism, self-pity and aggressiveness. The character of Guillaume Canet multiplies the panic attacks that his doctor (Gilles Cohen) soothes, rehashes his guilt of having a mistress (Lætitia Casta) and not taking care of his children, ruminates on his grievances towards his wife ( Virginie Efira), her best friend (Mathieu Kassovitz), her father (Patrick Chesnais) and her mother (Nathalie Baye).

And as if that weren’t suffocating and exhausting enough, he argues at length with a more dismaying version of himself, already unfriendly. Enough to make you want to throw yourself into the sea to swim away from this bad verbiage to be reserved for the secrecy of a psychoanalyst’s office.