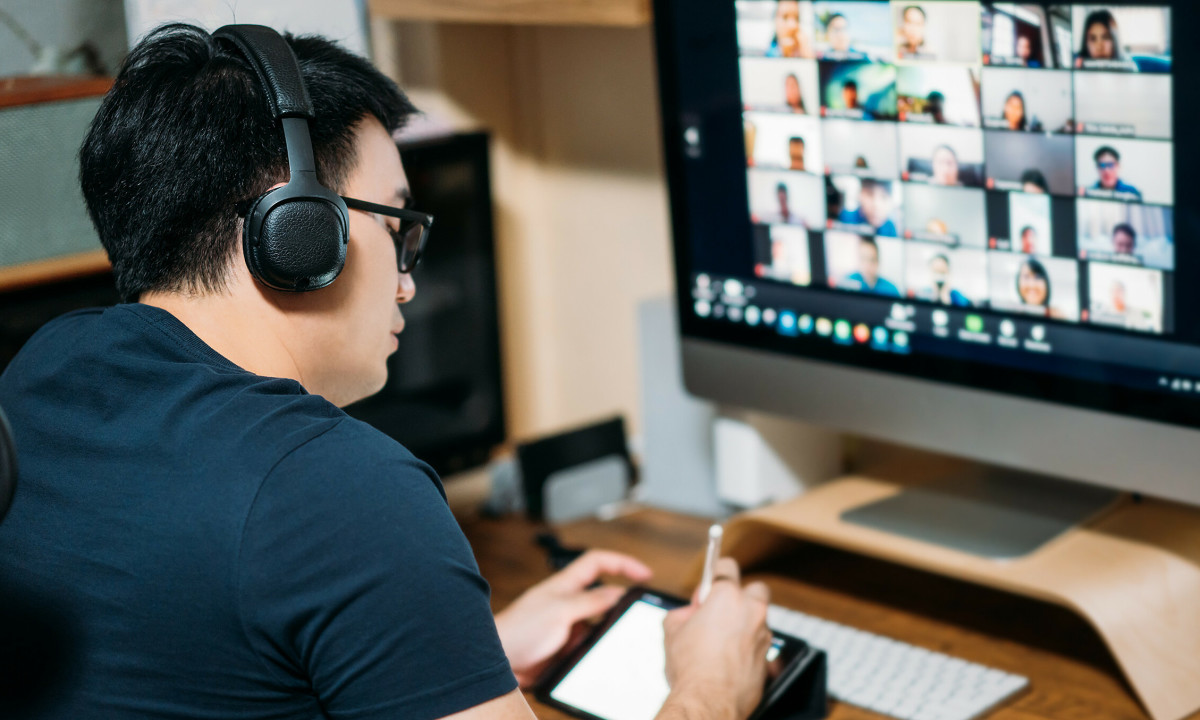 Many people believe that requiring the camera to be turned on in online meetings increases discomfort and wants to resist.

The leader of a non-profit organization in New York revealed that in August 2021 she first received a complaint from an employee about the requirement to turn on the camera during an online meeting. Not long after, she received another letter with the same reason.

“I was required to turn on the camera every time I had an online meeting. They explained it was company policy and part of the office culture, but I’ve long hated being in front of the camera. The requirements increased my frustration. uncomfortable every time I have to have a meeting,” an office worker said. This person then even had to seek the support of a psychologist after repeatedly explaining to the company why he did not want to turn on the camera, but failed.

Now, the female employee still has to turn on the camera but is allowed to hide her face and only reveal her shoulder. However, she always feels uncomfortable and wants to quit her job to look for a new job.

The story of someone struggling with the requirement to turn on the camera in meetings is no less. Some people describe this requirement as making it difficult for them to focus on their work and easy to feel uncomfortable when revealing their living space.

“Turn on the camera when meeting on Zoom can cause a feeling of fatigue,” said professor Allison Gabriel at the University of Arizona, when online meetings on applications became popular, after two years of the epidemic.

According to the professor, women are under greater pressure for their image than their male counterparts. The sisters always have high expectations in terms of appearance when appearing in front of many people. This makes them have to apply makeup or adjust the image on the camera to look the best.

Besides, turning on the camera during the meeting makes the eyes work continuously with close vision for a long time, making the brain always tense. In particular, turning on the camera throughout accidentally causes fatigue and stress to the person sitting in front of the screen, when always paying attention to emotional expression and body language.

Lydia Mack, a copywriter for brands and has a startup in Los Angeles, says she always turns off her webcam during calls with clients and colleagues, because she wants to focus.

But Lydia also sees downsides to this approach. “If it’s a group call and I’m the only one with the camera off for extended periods of time, this can distract others and make them wonder if I’m listening,” she says.

In response to the increasing fatigue of having to turn on the camera, companies and corporations such as Citigroup, Dell and New York University have implemented a “No Zoom on Friday” policy that encourages people to Join meetings by email or phone.

The Zoom application has recently launched support tools including screen sharing or using a whiteboard when presenting ideas. This way helps to reduce the display of the camera, participants focus on the content instead of paying attention to observing someone’s face.

Jeremy Bailenson, a communications professor at Stanford University and founding director of the Virtual Human Interaction Lab, also advises managers to divide meetings into two categories: those where the camera is required. or just screen sharing and voice chat.

Along with that, experts also suggest some methods to help employees reduce stress when participating in online meetings such as:

– Take your eyes off the computer and take scheduled breaks.

– Online meetings should last a maximum of 25 minutes to 55 minutes, or reduce to 20 minutes to 45 minutes. The time off helps employees regain their spirits before entering a new meeting.

– Can chat by phone or email instead of meeting online.

– Try turning off the camera when not needed.

– Implement “non-meeting days” to give yourself and employees time to rest.

– Except for extraordinary cases, managers should not arrange meetings at weekends or at night.

Minh Phuong (According to CNN)