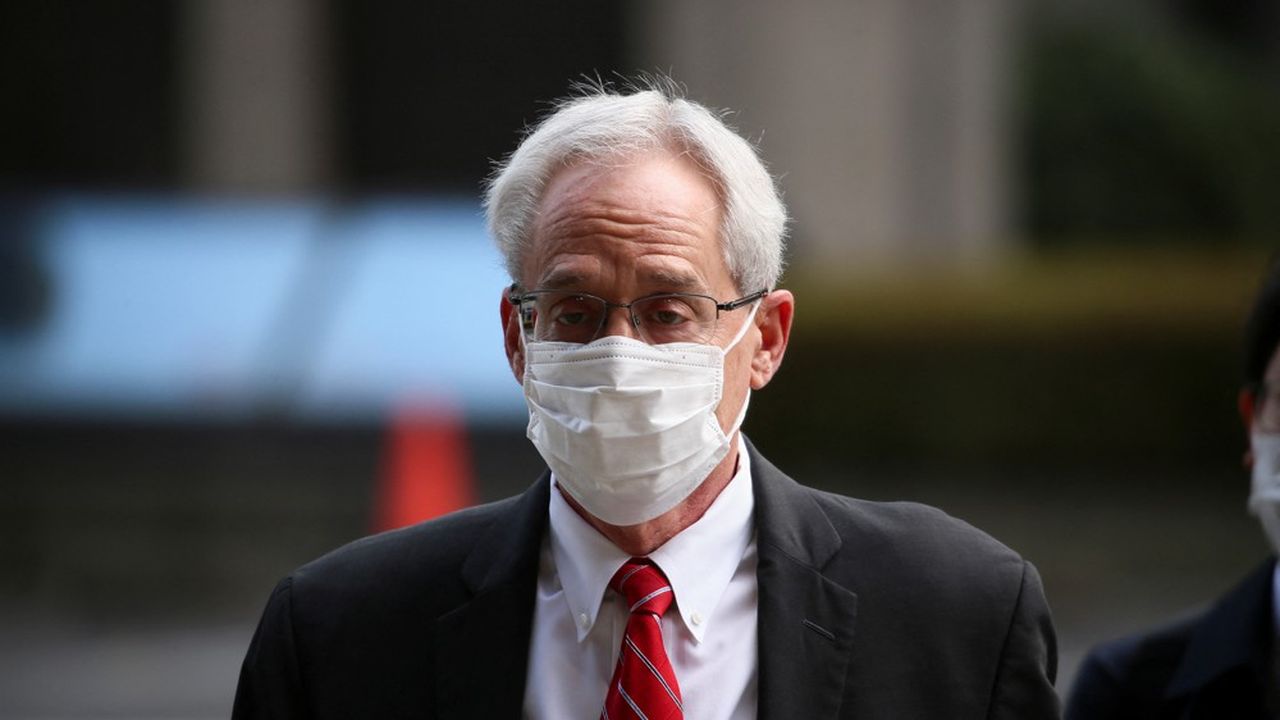 After a river trial, spread over a year and a half, Greg Kelly, one of the main assistants of Carlos Ghosn, at the head of the Japanese manufacturer Nissan, was sentenced this Thursday morning in court. from Tokyo, to a six-month suspended prison sentence for his involvement in one of the financial embezzlements that were blamed on the former big boss on the run in Lebanon since the end of 2019.

Not being subject to any arrest warrant, the American lawyer, who had been arrested, like Carlos Ghosn, on the evening of November 19, 2018 in Tokyo, will be able, if he wishes, to leave in the next few months. hours to the United States where his family resides. First imprisoned for five weeks, just after his arrest, at the Kosuge detention center, he had since been living on probation in the Japanese capital with his wife, who had had to study Japanese to obtain a visa allowing him to stay in the country.

If the three magistrates who judged the case issued a guilty verdict against Greg Kelly, they partially challenged the work of the prosecution who had demanded a two-year prison sentence in this part of the case. which also concerned Carlos Ghosn and Nissan.

Prosecutors had accused Greg Kelly of having conspired with the former boss to hide, for eight years, the reality of the income that the leader of the alliance hoped to collect. They assured that Greg Kelly had, with Carlos Ghosn and another Nissan executive, Toshiaki Ohnuma, organized a deferred compensation system from the 2010 fiscal year.

It was on this date that a Japanese law on the income of executives of large companies had been modified. Suddenly, executives receiving salaries of more than 1 billion yen per year (7.8 million euros) had been forced to communicate to the stock market authorities and shareholders the exact amount of their pay.

According to the prosecutors, Carlos Ghosn, already criticized for his income at Renault, would then have worried about this sudden transparency and would have asked assistants to design an alternative remuneration system. They would thus have divided, between the fiscal years 2010 and 2018, his income between an “official” pay made public and the promise of a deferred and undisclosed payment, almost equivalent. The prosecution thus ensured that he could have received an additional 9.1 billion yen when he left the Japanese manufacturer.

Criticisms of the “guilty plea”

This Thursday, the magistrates considered that the implication of Greg Kelly in the whole of this supposed assembly had not been demonstrated and they reproached the prosecutors for having based a large part of their accusation on the testimony of Toshiaki Ohnuma , who quickly signed a guilty plea agreement with them to escape prosecution. “His credibility must therefore be studied very carefully,” said Judge Kenji Shimotsu, who presided over the proceedings, in comments collected by the Associated Press. “There is a risk that he sought, as an accomplice, to shift the responsibilities to Ghosn,” he said, before explaining that Greg Kelly could not therefore be found guilty in the compensation system. deferred only for the 2017 fiscal year, and not for previous fiscal years.

Greg Kelly, who like Carlos Ghosn, has always denied the existence of this deferred compensation system, could decide, in the coming days, to appeal his conviction. A procedure that could be launched even if he quickly leaves for the United States. Nissan, which was also on trial as a legal entity in the case, for not having communicated the exact amount of compensation promised to its leader, was fined on Tuesday 200 million yen (1.6 million euros).

This verdict puts an end, in Japan, to the criminal aspect of the Ghosn affair which had upset the business world in Tokyo for several months and greatly weakened the Renault-Nissan-Mitsubishi Alliance. The other two major parts of the case relating to aggravated breach of trust, in which only Carlos Ghosn is indicted, will probably never be studied in Japan, due to the absence of the accused.

Part of the case remains however studied by French magistrates who are interested in the possible hexagonal implications of the file. They were thus at the beginning of the week in Beirut, Lebanon, to meet two witnesses linked to their investigation which will lead either to an indictment of the former boss, or to a dismissal. Last year, they had questioned Carlos Ghosn at length. He categorically denies any criminal behavior and ensures that his fall was hatched by Nissan executives and senior Japanese officials who wanted, by all means, to prevent him from launching a form of merger with Renault.