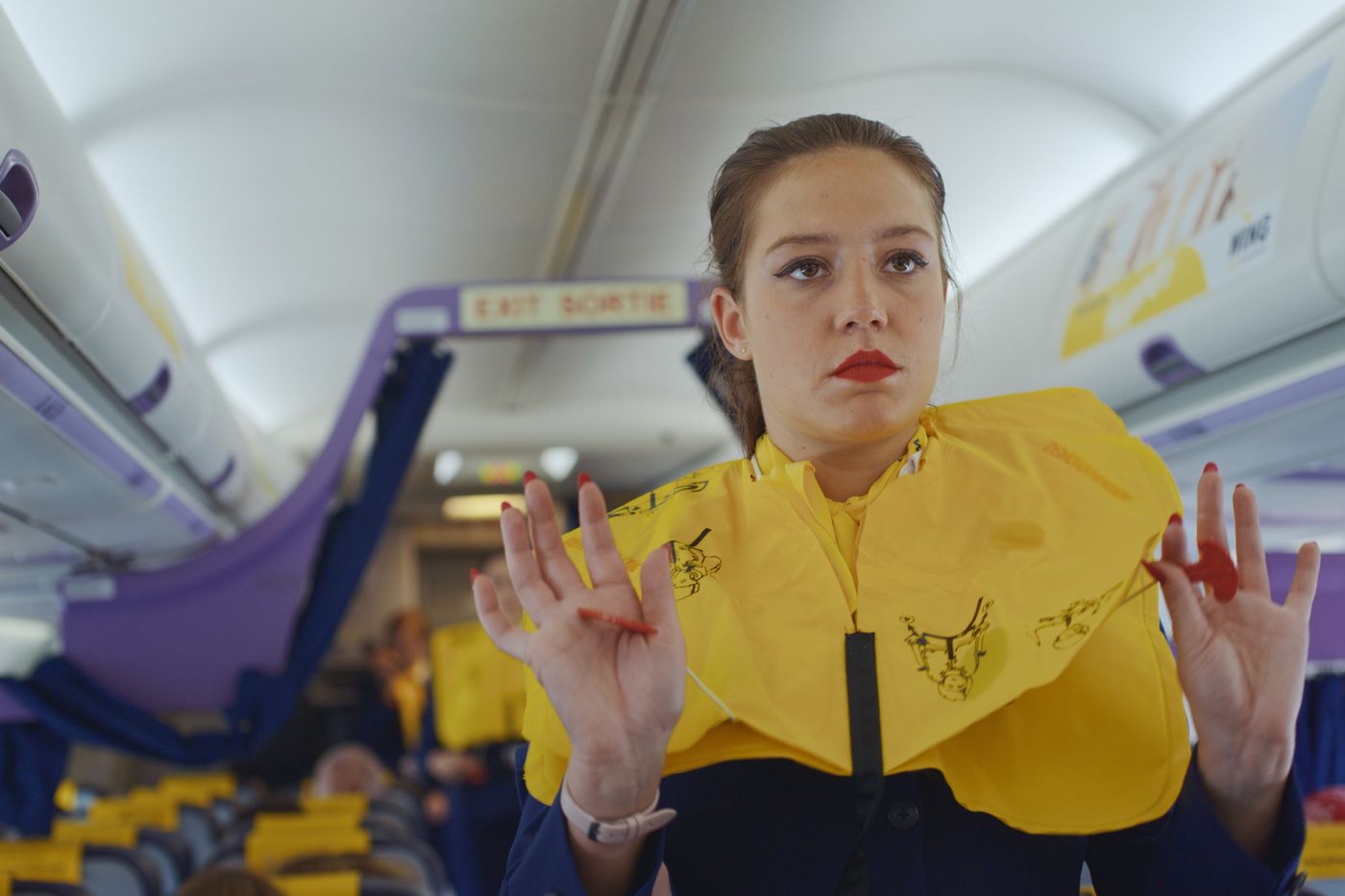 “All my life, I dreamed of being a flight attendant”, sang Jacques Dutronc. And Diane Dufresne, in another song, unrolled, disillusioned, the ups and downs: “When we spend the day in the air / In the evening we are quite a bit on the ground. » Don’t give a fuckthe film by Emmanuel Marre and Julie Lecoustre is the perfect illustration of the blues of these perpetual offbeats, always between heaven and earth, never really at home.

Cassandre is employed on a low cost company, that is to say of little price. Mandatory smile and forced sales. Between two flights, she lives with other hostesses in an anonymous hotel in Lanzarote. She is literally above ground and nothing in this job is likely to anchor her in her life. One-night loves, fleeting attachments. “We don’t know who we are”she finally let go.

No revolt, only submission

Cassandra and the others do not leave the cabin, hurriedly clean up the rubbish, hastily adjust their make-up and their faces. They circulate between the aisles under surveillance, subject to a ruthless regulation and at infernal paces. Flexibility and adaptability, the pressure increases, month by month. Cassandre is adrift, in silence. No rebellion, only submission.

The film breaks down into two stages: Cassandra’s work in the air, her weightless return to earth, then the visit to her father and sister, haunted by the accidental death of her mother. To her friends, she serves the dream speech they expect, and offers them samples of perfumes but does not tell her real life. Adèle Exarchopoulos offers, under the nonchalance, the face of a solitary woman, absent from herself, in perdition.

This caustic film is the perfect counterpoint to the infuriating advertisements for these companies that are dripping with misleading images. The reality of hyper-competition in the air is brackish exploitation. The “air hostesses” are not at the party.