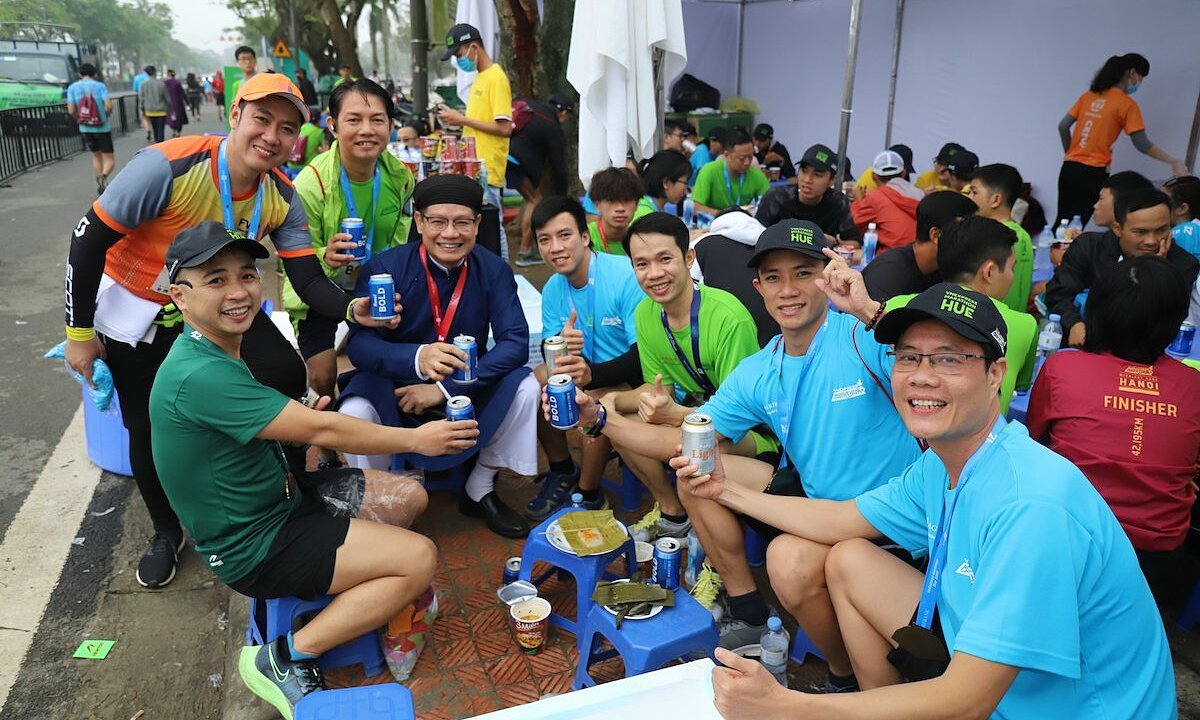 Sausages, beer, beef, instant noodles and many Hue specialties will be served for free when runners reach the finish line of VnExpress Marathon Imperial Hue 2022.

The organizers coordinated with sponsor brands and Hue city to prepare a post-run food court to serve more than 4,000 athletes. Free food and drinks help athletes recharge and recover after trying to conquer the ancient capital on the morning of April 10.

More than 4,000 cans of Huda beer, large quantities of Revive electrolyte water, Boncha honey tea and ice cream will be prepared to serve athletes immediately after the race.

In addition, to help runners recover quickly, dishes such as shrimp noodles, Duc Viet sausage, pho… are also included in the “menu” of the food court after this year’s race. 200 kg of Duc Viet sausage will be provided to athletes at VM Hue 2022. In particular, vegetarian runners can also replenish energy with An Nhien vegetarian meals prepared by the organizers.

Runners of the VM Hue also have the opportunity to enjoy a variety of local specialty cakes such as banh cuon, banh nam at the post-race food court. It is expected that about 3,000 cakes will be provided to athletes on April 10.

In addition, runners will also receive many snacks right after the race such as Deluxnits peanuts, Orion Custar nuggets or Snack Tonnie CheeZup…. A runner who participated in VnExpress Marathon Hue 2020 said that the pain after the session. Running is quickly dispelled when enjoying hot noodles and cold beer prepared by the organizers.

VnExpress Marathon Imperial Hue 2022, jointly organized by VnExpress and the People’s Committee of Thua Thien Hue province, will officially kick off on the morning of April 10 with 4 distances including 5 km, 10 km, 21 km and 42 km. Continuing the tradition of running races in the VnExpress Marathon system, VM Hue this year will continue to bring runners an exciting sports day, the opportunity to stride on the heritage track, with dedicated care. before, during and after the race.