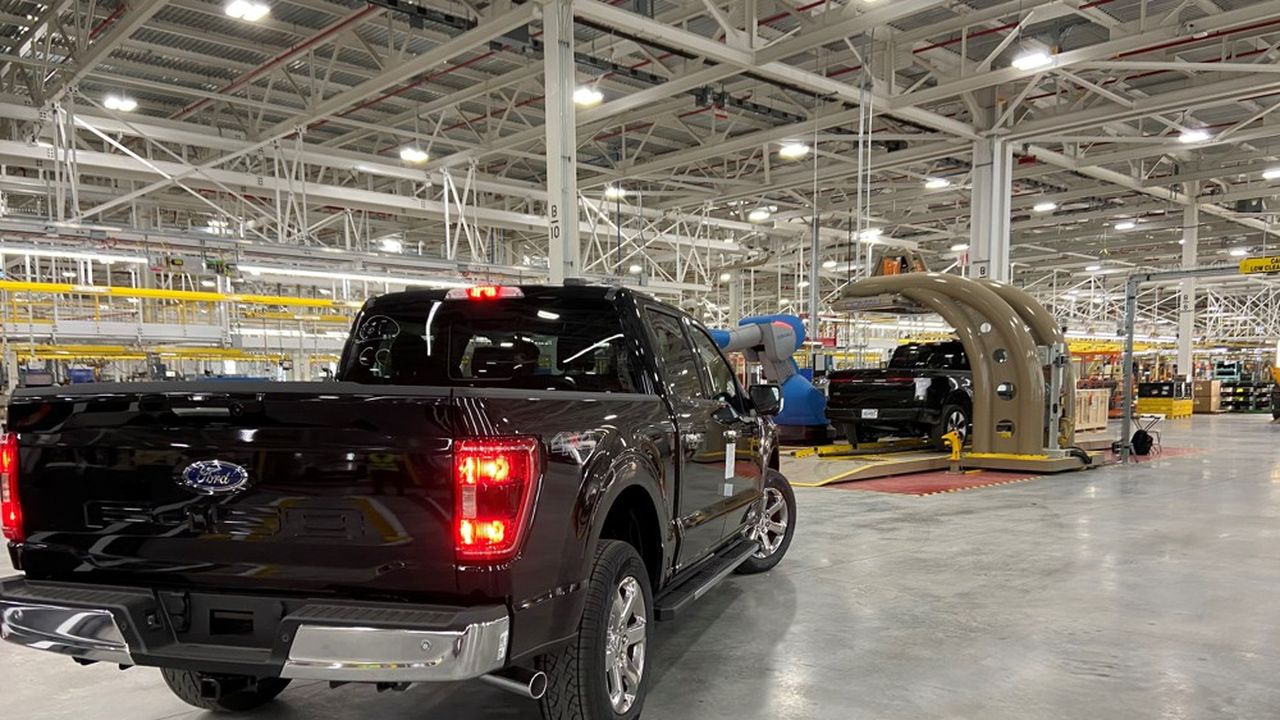 Ford is betting big on electric vehicles in the United States. The American automaker announced Monday with its South Korean partner SK Innovation a global investment of 11.4 billion dollars (9.75 billion euros) to build three battery factories and an assembly plant.

For that amount, two twin battery factories will be built in Kentucky to power Fords and Lincoln models, and a battery factory and assembly plant will be built in neighboring Tennessee. The latter will be dedicated to the electric versions of the future F-Series, the brand’s blue oval pick-ups whose thermal models have been the best-selling vehicles in the United States for several decades. The production of lithium-ion batteries will start in 2025.

Jim Farley, at the helm of Ford for a year, is aiming for at least 40% of his overall sales in electrics in 2030, and he is betting that the American middle class is already ready to convert to the battery-powered pickup. . The manufacturer, which will provide 60% of the investment announced Monday ($ 7 billion) presented in the spring the F-150 Lightning, the variation of its flagship pickup. With success: the group said it has already registered 150,000 pre-orders (for a deposit of $ 100).

For this model, Ford is currently finishing the equipment of its first 100% electric assembly plant in Dearborn (Michigan), on its historic site at the Ford Rouge River Complex. A $ 700 million project, which the group has just extended by $ 250 million to meet strong demand.

“Never again a state that one flies over”

“We will never again be considered a state that one flies over” (“Flyover State”), welcomed the governor of Kentucky, Andy Beshear, pointing to a historic investment of 5.8 billion dollars. Kentucky, where Toyota and Ford are already present, sells itself as a logistics platform for the United States, reaching two-thirds of the American population in a day’s drive.

The factories are expected to employ 5,000 people in Glendale, Ky. And 6,000 in Stanton in neighboring Tennessee, where Nissan, GM and Volkswagen are already established. In the two States, the employees are not very unionized, which pushed the manufacturers to settle there with their suppliers.

The three battery factories will represent an output of 129 gigawatt hours for Ford vehicles. Already in partnership with SK Innovation, the automaker said on Monday to enter into a new partnership called BlueOvalSK. It has also just announced an agreement with the young company Redwood Materials to recycle batteries. For its part, GM has chosen LG Chem, and is facing a massive recall of its Chevrolet Bolts, following a problem with the batteries.

Industrialists are now waiting for pledges from Washington. The infrastructure investment plans proposed by Joe Biden and under discussion in Congress provide for a tax credit for the purchase of electric cars, but also for spending to build an electric charging network in the country. The White House wants one in two new cars sold in 2030 to be “zero emissions” (battery-electric or hydrogen-powered, or plug-in hybrid).

The development of electricity for the moment is essentially based on home charging. Some experts also believe that the American market will develop first in the plug-in hybrid. In the second quarter, 8.5% of new car sales were electrified (electric, hybrid or plug-in hybrids), of which about a third had only an electric battery, according to Cox Automotive.