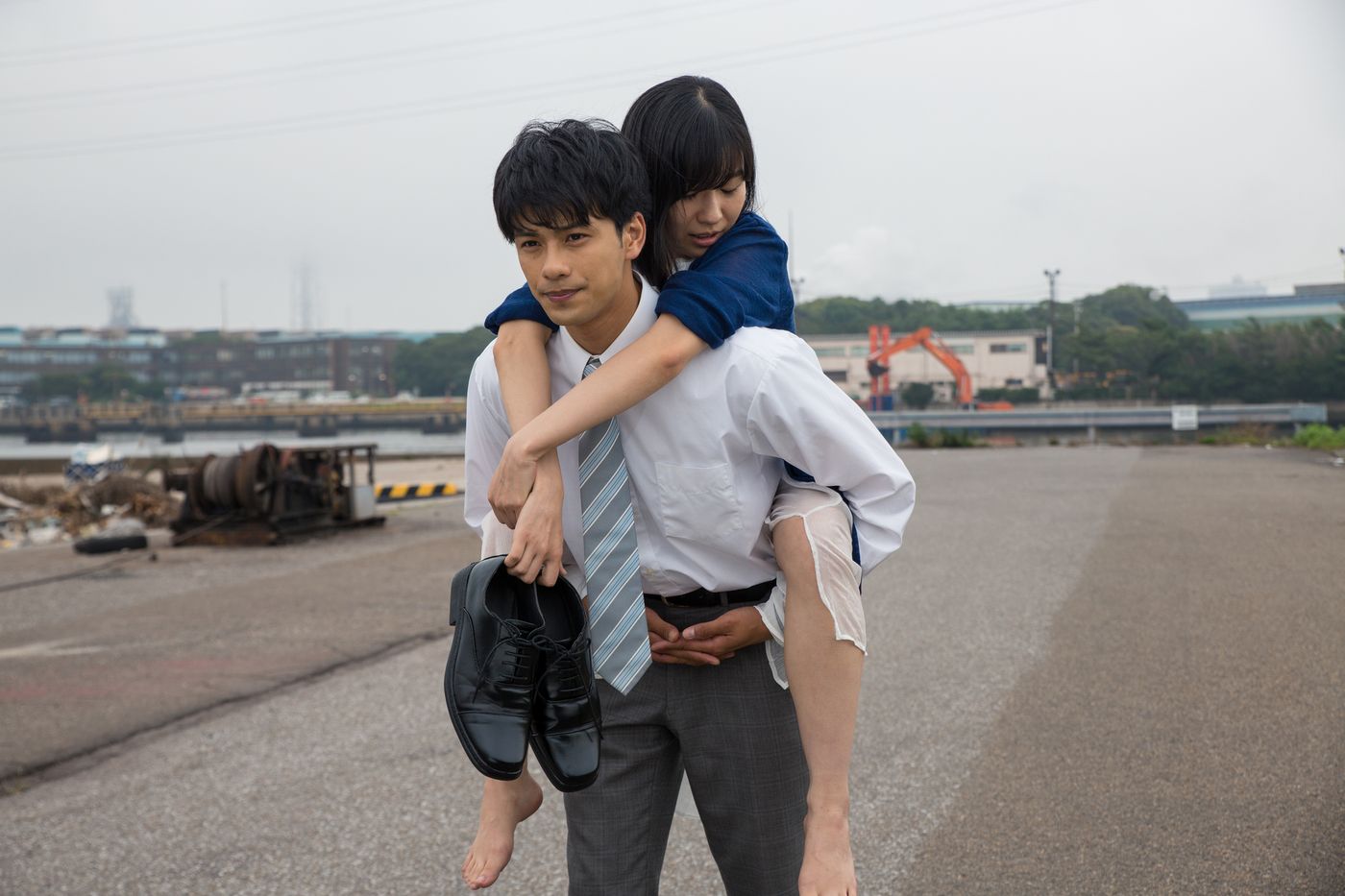 As much to warn from the outset, it is imperative to see the two films – one being the sequel to the other – to grasp the story as a whole. And it is even quite surprising that its French distributor decided to release them a week apart, the end of the first part leaving us with a twist that immediately makes you want to see the second. Nothing surprising in that since this diptych, adapted from a manga (The Real Thing by Mochiru Hoshisato), was originally conceived as a ten-part series. Transformed into a feature film in two parts by the director himself, the film loses none of its flavor as this love drama, shrouded in mysteries, appearances and disappearances, misunderstandings and setbacks, proves to be addictive.

A labyrinthine story that never ceases to amaze

Consider the story of Tsuji, a modest office worker in a fireworks company, whose heart swings rather limply between two of his colleagues. Until one evening he meets Ukiyo, a young woman in distress whose life he saves at a level crossing. This one will drag him along in a whole series of incredible adventures while constantly hiding from him. Each chapter of the first film thus reinforces the mystery around the true personality of Ukiyo, maintaining the desire in the young man until his final revelation. The second film reverses the proposal: while Tsuji has decided to turn the page, it is Ukiyo who will go in search of him to declare his love for him and finally show himself in his true light.

Kôji Fukada, who embodies the next generation of Japanese cinema alongside Ryûsuke Hamaguchi, has fun mixing genres in this romantic comedy which has the allure of a thriller and borrows from the manga the craziness of certain situations or certain characters. If he takes us into a labyrinthine story that never ceases to surprise, it is to better, he admits, deconstruct the myth of the femme fatale. “I wanted to show that a woman who leads a man by the nose is a very masculine prism: when a man does the same thing to a woman, he, on the other hand, has the beautiful role, that of the playboy”, he explains. Because it is indeed Ukiyo who is at the center of the story. The certainties about her will continue to slip away throughout the film and she herself will seek to escape the image sent back to her by a society that is still essentially macho. The film, which lasts a total of four hours, does not avoid drops in pace but is worth the detour for the finesse of its subject and its construction.