(Sports news, tennis news) Roger Federer seems to no longer care about whether his opponents overtake the Grand Slam or not.

Roger Federer completed his career Grand Slam 20 at the Australian Open 2018, at that time everyone thought this was a record that could not be broken by anyone, because Rafael Nadal then had 16 Grand Slams, and Novak Djokovic only had 12 titles. . However, Federer’s previous “unprecedented” feat in men’s singles has now been leveled by “Gaur” Nadal and the man behind, Djokovic is only 2 less than 2 players ranked above exactly 1 championship.

Federer recalls 2009, when he overcame the Grand Slam feat of senior Pete Sampras

With the ability to play comprehensively on all surfaces, and younger than his two colleagues (1 year younger than Nadal, 5 years younger than Federer), Djokovic is likely to have more Grand Slams to become the greatest tennis player. history.

Seemingly accepting that he would be surpassed, Federer did not want to talk about the Grand Slam record anymore. Federer said at the Halle Open: “Right now it seems like everyone just wants to focus on Grand Slam titles, I’m not excited about that. I’m pleased to surpass Pete Sampras’ record of 14 Grand Slam wins. , because before that everyone thought this was a milestone that couldn’t be broken.”

Federer recalled the anniversary of surpassing the milestone of winning the most Grand Slams of the American tennis legend, Pete Sampras (14 Grand Slam titles) when he won Wimbledon 2009, thereby touching 15 of the biggest tennis championships. In 2002, when the 49-year-old American legend won his 14th Grand Slam title, everyone thought that this record was difficult to surpass, but only 7 years later Federer did it. Djokovic is too comprehensive, the day he surpassed the 20 Grand Slam milestone is not far away

The record is born and broken is normal, so perhaps the Swiss tennis player does not want to mention this obvious. Not wanting to mention the Grand Slam record, but Federer did not forget to praise Djokovic: “The way Djokovic came back from Tsitsipas in the final of Roland Garros was amazing. Earlier in the semi-final against Nadal, the Serbian tennis player had love. It’s unbelievable.”

Farewell to Roland Garros 2021 in the 3rd round to preserve health, Federer is currently attending the Halle Open, the kick-off tournament for the grass court season in Germany. In the first match, the 39-year-old tennis player defeated Ilya Ivashka to win tickets to the second round to face the winner of the pair Felix Auger Aliassime/Hubert Hurkacz. If he continues, the challenge will be greater for him when FedEx may have to meet No. 1 seed Daniil Medvedev in the quarterfinals. 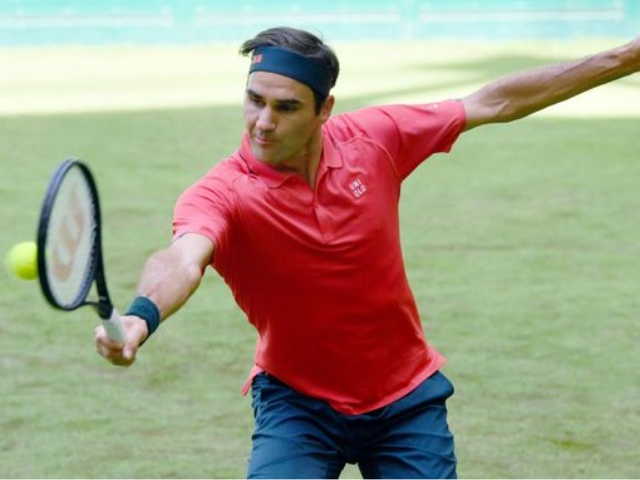 (Video, tennis results Roger Federer – Ilya Ivashka, round 1 of the Halle Open) Federer had a difficult opening in the Halle Open.