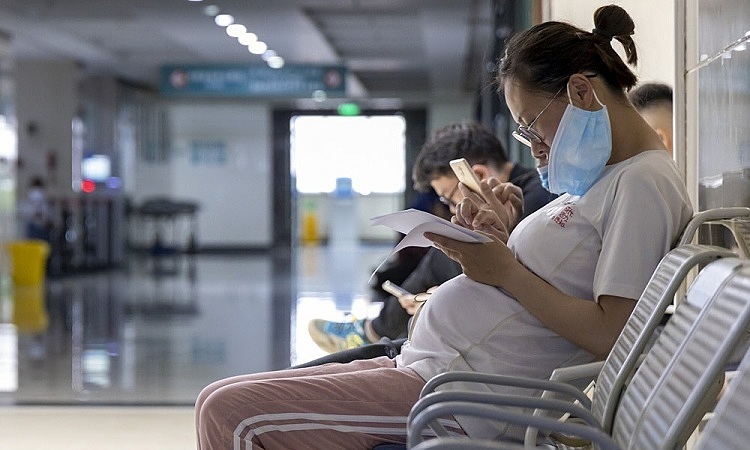 Over 30, newly married, but Julia Li delayed having children for many years. Last year, she and her husband decided that would never happen.

Before making this decision, friends and family urged Li on a daily basis. Even the government tried to convince her, offering a series of new fertility incentives, including extended maternity leave.

Breed selection of the Li couple is increasingly popular in China. She finds the cost of raising a child huge, while the postpartum recovery process is a big challenge. “I will face the risk of accelerated aging, loss of shape and loss of energy. It will significantly affect my career growth and competitiveness,” she said.

China is grappling with young people’s reluctance to marry and have children. A series of incentive policies were issued but so far, all have been almost ineffective. The country’s birth and marriage rates have fallen to record lows, threatening to trigger a demographic crisis.

China is one of the fastest aging countries in the world and the population could shrink as early as this year. If nothing changes, experts predict the country will be sucked into a fertility trap due to stagnant growth and decades-long skyrocketing costs of social care.

In an effort to increase the birth rate, the government scrapped the two-child policy, in place since 2015, to three children, last July. In addition, there are new financial incentives, improved access to daycare, and extended parental leave. Couples who violate the birth limit are also not penalized, in stark contrast to the policy 40 years ago.

Some localities have made even more efforts. Beijing added assisted reproductive technology to its public health insurance program, which offers a 11,000 yuan discount for couples undergoing IVF. In Sichuan, the government subsidizes families with a second or third child every month up to 500 yuan until the age of 3. Hangzhou, Zhejiang for a family of three exempts from strict housing rules and allows the purchase of a second property.

But the policies have not been as expected. In April, China’s National Bureau of Statistics revealed that the country’s birth rate in 2021 dropped to its lowest level since 1949.

The 2022 data does not show any positive signs. An estimated 372,000 babies were born in Ha Nam province in the first half of this year, down 9.5% from the same period last year. In Jiaozhou, a city in eastern Shandong province, the number of birth certificates issued fell by 25.5 percent.

On the day the government announced the three-child policy, Xinhua News Agency conducted a poll on the social platform Weibo. More than 90% of respondents said they “wouldn’t consider anything” about having a third child. In December 2021, 90% of 50,000 respondents said they were not ready to have three children.

According to experts, the main problem is that the policies have not been practical enough. China is one of the countries where parents spend the most money in the world to raise a child. While birth incentives to date have remained largely unchanged this.

A survey in February found that the average cost of raising a first child in China was nearly 500,000 yuan (more than 1.7 billion dong), higher than rich countries such as the US, Germany and Japan.

Meanwhile, a study by Renmin University of China concluded that the cost of getting married and raising children was the biggest factor preventing young people from getting married, along with a highly competitive work culture.

Ren Yuan, a professor at the Institute of Population Studies at Fudan University in Shanghai, echoed this view. According to him, studies have found that Chinese couples’ willingness to have children is not “very low”. But there is a significant gap between the number of couples who want to and those who actually have children.

“It means that many people want to have children but have to give up the idea,” Professor Ren said. According to experts, the most effective measure that can be applied is to further improve access to daycares, care services for infants and children under the age of three.

Li says the pandemic and especially the lockdown were the main reason why she decided not to have children. “Without children, our lives are not affected much, but some families with children suffer both physically and mentally,” she said.

Some people believe that the policy of supporting parents has an undesirable effect, causing them to consider having children. Extending parental leave is an example. This policy exacerbates gender discrimination in the workplace, as employers do not want to incur additional costs.

Liu Qin, a former business manager in Shanghai, took only two months off after giving birth last year. During her absence, co-workers took over her role and management did not assign Liu any more important projects. “My income is halved and there are no bonuses like before,” the 29-year-old said. According to Liu, some women who have just given birth experience similar pressures.

Extending maternity leave also makes it harder for women to find work. Liu said that in interviews, she was asked about her marital status. This question, according to a 2021 report, has 60% of female applicants in China being asked during an interview. Some employers admit the new policy makes them reconsider hiring women with children, especially young children.

Meanwhile, most couples say benefits are not a factor in having children. Camellia He, a mother of three living in the eastern city of Suzhou, said she chose to have three children because she wanted to and could afford to. “If I’m pregnant, I’ll have a baby,” she said.

Zhao, a first-time mother, from Nanjing, also said that new policies were hardly a factor when she decided to get pregnant. “This policy doesn’t help anyone change their mind,” said the 29-year-old mother.