(Sports News – F1 Racing News) The first race in history in Miami, which is known as the Sunshine State (full of sunshine), took place over the weekend with no surprises. . However, this year’s first race on US soil has continued to bring many remarkable statistics, and here are a few of them…

Ranking run: Ferrari won pole for the first time and started 1-2 in the US after 16 years

Charles Leclerc won the first pole at the Miami International Circuit, defeating teammate Carlos Sainz. Miami is the first leg since Mexico 2019 where the “war horse” has a 1-2 starting position. Leclerc’s four previous victories have all come in the races where he won the pole. Sainz got his second career top start, helping Ferrari for the first time since Indianapolis 2006 take the top two spots in the US.

Verstappen entered the top 10 drivers with the most F1 podiums

Max Verstappen ranked 3rd, just 0.005s behind Sainz, followed by Sergio Perez, the Red Bull driver who maintained the top 4 ranking in all races this season. Valtteri Bottas ranked P5, Alfa Romeo’s highest ranking in nearly 3 years, since Kimi Raikkonen (P5) in Germany in 2019. Lewis Hamilton has made it to Q3 2022 three times and has all started in 3rd row. However here is the first race in the US in his career, the driver of #44 ranked outside the top 5.

Pierre Gasly (P7) ranked right behind Hamilton, also the best ranking of himself and the AlphaTauri team this season. Lando Norris reached Q3 for the third consecutive race while Yuki Tsunoda and Lance Stroll (Aston Martin) both had the first stage in the top 10 fastest drivers. Fernando Alonso, George Russell and Sebastian Vettel were all eliminated in Q2, but were all just behind the 10th fastest result by less than 0.086s. Alonso lost the streak into Q3 in all races, the only driver outside of the Red Bull and Ferrari duo to do so. Russell stopped at Q2 for the second leg in a row. While Daniel Ricciardo was slower than his teammate – Norris at the 9th race in a row.

Rookie Chau Quan Vu ended an impressive series of achievements from the beginning of the season when he was first eliminated in Q1 in Miami. Meanwhile, Alex Albon continues to rank above Nicholas Latifi in all races this year. And Esteban Ocon had an accident in FP3 and was unable to participate in the qualifying run, causing him to stop for the second time in Q1.

Russell is once again in the top 5 for Mercedes

Verstappen won at Palm Beach and Homestead (both in Florida) in his first professional racing season in 2014. This year he won in Miami, also winning the second consecutive F1 stage on land. USA, following the success at Austin at the end of last season. Up to this stage, the Dutch driver has only won once in his first visit to a new racetrack – in Zandvoort, his hometown.

Thanks to this result, Verstappen officially entered the top 10 of the all-time rankings for the number of F1 podiums won (63 times), surpassing a former Red Bull driver, David Coulthard. Max won from a P3 start, something that hasn’t happened in the US since the 2005 US GP in Indianapolis when the champion started outside the top 2 (Michael Schumacher started P5 in 2005). 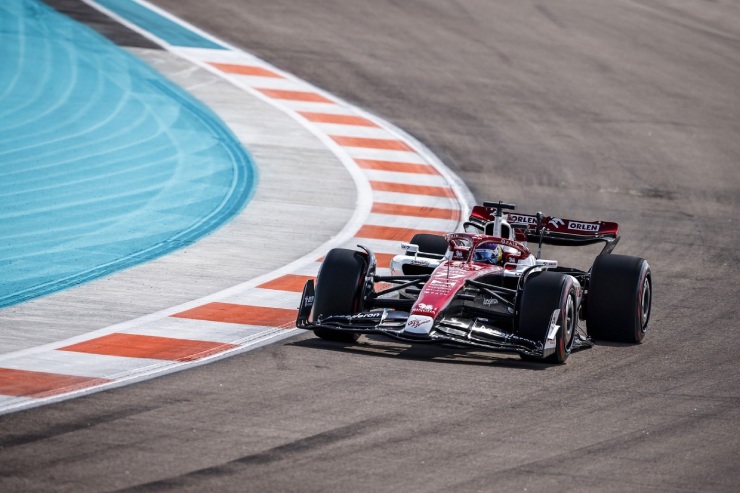 Bottas is still in high form at Alfa Romeo

Leclerc is 2nd, has his first podium in the US and is 17th in his career. In car #16, the Monaco driver had a successful 16th race to the finish line, the longest streak in F1 currently. Sainz only completed 1 lap in the last 2 legs, but came back and ranked 3rd in Miami (3rd podium in 2022). Both Ferrari drivers have entered the podium for the third time in five stages this season, which has not happened in both the 2020 and 2021 seasons.

Perez once again placed 4th for Red Bull, having a 4th consecutive race in the group of 4 fastest cars. Behind, Russell also maintains the record of being the only driver in the top 5 in all 2022 races so far. Hamilton had the first time outside the top 4 in the US when only finishing P6 this leg. Valtteri Bottas lost 2 positions after the safety car time and had to accept 7th place overall, having the 4th point of the season (both in the top 8). 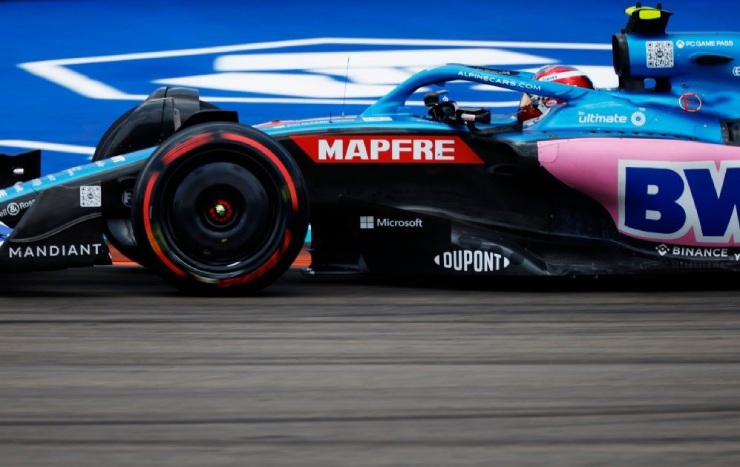 Ocon started at the end of the race but excelled in 8th to score the 4th time this year, beating his teammate – “old man” Fernando Alonso in all 5 races from the beginning of the year. The Spanish driver had to receive 2 5-second penalties for colliding with Gasly and making a mistake of running out of the track and gaining the advantage, which made him fall out of the top 10 from P8.

Thanks to that, Alex Albon got the second stage to score on the 45th anniversary of the Williams GP Engineering team’s debut at the 1977 Spanish GP. Lance Stroll also had a second consecutive 10th race for Aston Martin. As for Lando Norris, McLaren’s driver ended a series of 15 consecutive races to the finish line when he collided with Gasly (AlphaTauri) and gave up in Miami. McLaren also has the second stage empty-handed in 2022. (Sports News – F1 Racing News) Miami has always been hot throughout this weekend, and today is no exception. The temperature outside is 32 degrees, on the road up to…