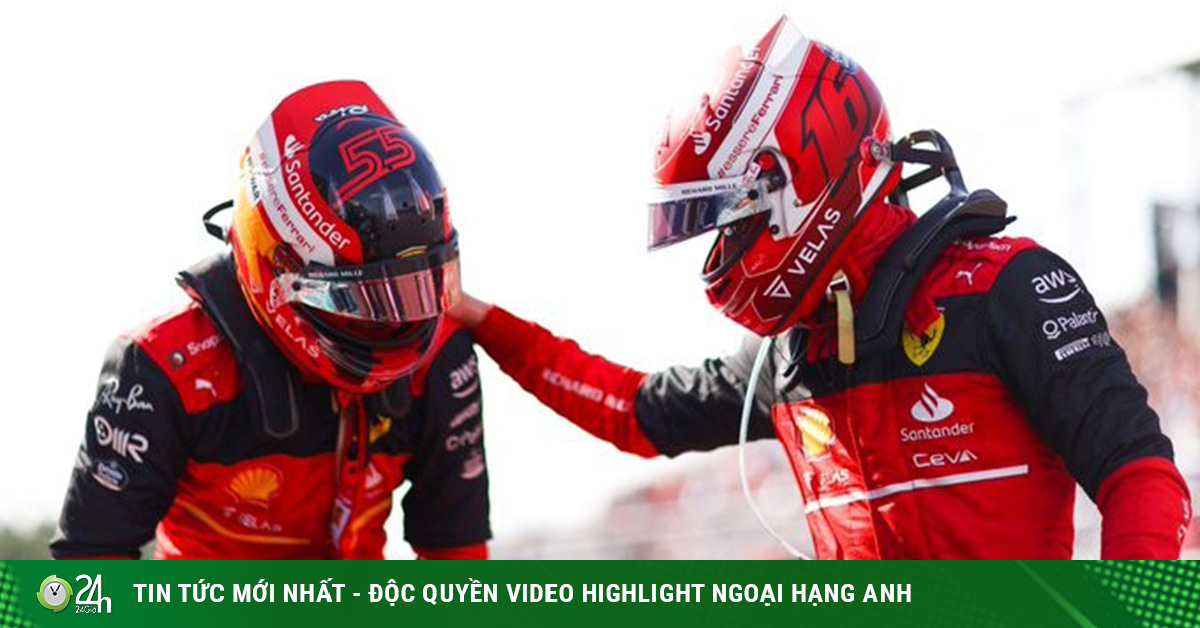 (Sports news, F1 news) “Checo” Pérez took Red Bull to the top of the leaderboard in the final Miami GP practice session. But that is not enough to prevent Ferrari from taking the first starting line in the qualifying session.

Sergio Perez (Red Bull) is the fastest driver in FP3, achieving 1 minute 30,304s on Soft tires, but still inferior to the result that George Russell achieved at FP2 on Friday.

Max Verstappen could have taken his teammate’s 1st place if he hadn’t locked the wheel in the last chicane, accepting 3rd. Interspersed between the duo of “bulls” is Charles Leclerc (Ferrari).

Fernando Alonso leads the middle group with P4 position, losing to Perez by 0.732s. However, Alpine had a tough race when Esteban Ocon had an accident on corner 14 that caused a red flag to appear. The French driver is in good health after being taken to a medical center for examination due to the G-force impact of the accident exceeding the FIA ​​limit.

But the Alpine car could not be repaired in time when the chassis was significantly damaged. Therefore, Ocon will not participate in the qualifying run and will likely start the race from the pit-lane.

The best friend-country duo, Sebastian Vettel and Mick Schumacher, ranked 5th and 6th respectively, very impressively. Carlos Sainz focused on making up for lost time on FP2 yesterday, which was lost due to an accident, and only finished 7th. Kevin Magnussen helped Haas to two cars in the top 10 with P8, followed by Alex Albon, continuing his form. high for Williams. Lando Norris is the last name in the top 10.

Mercedes after a relatively successful 6th day had a rather “low” FP3 when Lewis Hamilton and George Russell were only at P15 and P17 respectively. However, fans can still expect a “three horse” battle for the pole position this leg. There are 19 drivers remaining to attend the first qualifying session at this Miami GP. The top position of the table alternates between the two teams Ferrari and Red Bull. As for the lower group, Hamilton no longer needs to try to stay out of the danger zone after 1 round of good improvement. Speaking of improvement, Stroll finished Q1 with a time of 1 minute 30,441 seconds and placed 7th for Aston Martin.

Names like Schumacher, Vettel, Norris, Gasly were out of the danger zone, not as lucky as they were Magnussen, Zhou and the Williams duo. The Chinese driver lost the opportunity to enter Q2 due to a “traffic jam” on the last improvement lap. Red Bull and Ferrari continue to cause chaos in the rankings. And Norris happened to be present after climbing to 3rd. The AlphaTauri duo still managed to make it into the top 10. Alonso, Russell, Vettel and Ricciardo along with Schumacher were eliminated. Neither of them could find a perfect lap.

The scenario plays out familiar. Leclerc took sector 1 before being recaptured by Sainz. Go to sector is the place for Verstappen. And the last sector has the fastest Pérez with purple. After finishing the “break” in the middle of Q3, Ferrari returned and completely overwhelmed with the reward of 1 pair of tickets to start the first row at the Miami GP.

Next were the two Red Bull drivers with Verstappen leading in third. Bottas improved the time and overtook his former teammate to take 5th. Gasly in 7th, separated by Norris before closing. Top 10 again with Tsunoda and Stroll. The Miami GP opening race is getting closer and closer. Watch the intense battle between Ferrari and Red Bull on a new track in the official race, taking place at 2:30 pm on May 9. (Sports news, F1 racing news) Charles Leclerc leads FP1 ahead of Mercerdes’ George Russell. But the result is reversed in FP2 when the new driver Mercerdes is the leader of the rankings…