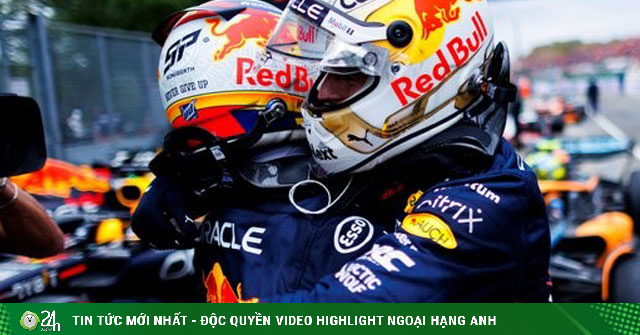 (Sports news, F1 racing news) The 4th race of this season took place with the first Sprint race version 2022 with the results that changed the current situation on the whole rankings. Ferrari and Red Bull have had a completely opposite record to what happened at Albert Park, Australia. Not only that, the rear drivers also bring interesting statistics after this race.

The heavy rain that poured down caused the first qualifying race to take place on Friday in 2022 with many big changes, from accidents, skidding to (lots of) red flags. Over the course of 3 runs in Q1-3, there have been a total of 5 red flags raised, the most since the knockout format (knock-out) was introduced in 2006.

In the end, Max Verstappen got the best record for the Red Bull racing team to win the 75th pole in F1 history. The Dutch driver defeated Charles Leclerc, who continues to maintain the ranking result in the top 2 in all 4 races this season. And Lando Norris ranked 3rd, McLaren’s best ranking result in 2022.

Meanwhile, Kevin Magnussen also helped Haas get the highest ranking result in the history of the US racing team since participating in F1 2016. The Danish driver had previously started P4, during the F1 debut stage in Australia 2014 and Germany GP 2014 with McLaren. Fernando Alonso ranked P5, also the first time he was in the top 5 starting at Imola since 2006, when he joined Renault.

P7 is the worst ranking position for Sergio Perez this year, he was in the top 2 in Imola 12 months ago. Sebastian Vettel and Aston Martin have reached Q3 for the first time this season. On the other hand, Mercedes finished a series of 187 consecutive races with at least 1 car entering Q3, extending from the 2012 Japanese GP. Lewis Hamilton and George Russell both stopped at this stage in Q2. 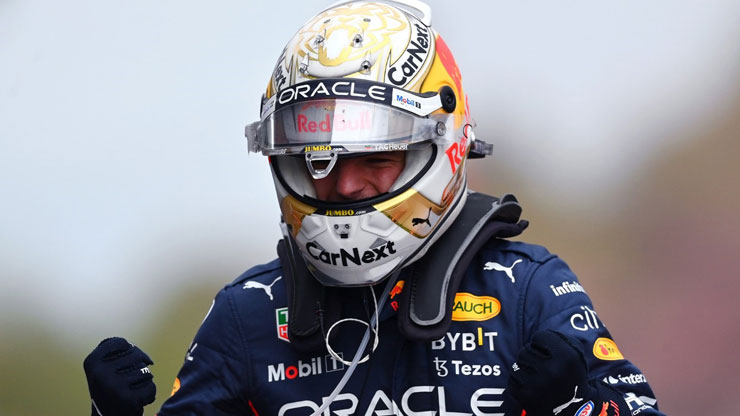 Yuki Tsunoda was knocked out of Q1 in three of the first four races of the year, while Pierre Gasly also failed to progress into Q2, his first from Mugello 2020. Nicholas Latifi beat Alex Albon at Williams for the first time, although both were stopped. in Q1. Esteban Ocon also suffered the same fate with the earliest elimination after 16 races.

There hasn’t been a change of lead in the Sprint race after the first lap until Imola. Max Verstappen defeated Leclerc in the last laps to preserve the pole position to start P1 in the main race. However, the Ferrari driver increased the gap in the individual rankings compared to his teammate Carlos Sainz, who finished 4th from 10th to temporarily rise to 2nd in the individual rankings. Norris continues to succeed in Italy

Verstappen’s two passes to win this year (Saudi Arabia and Imola) both came in the last five rounds and both overcame Charles Leclerc himself. P2 for Ferrari is also the first time they have been in the first row at Imola since Michael Schumacher in 2006.

Sainz is 4th, improving the most places in the Sprint race with 6 places. Followed by Norris with the best starting position at the Imola circuit. Ricciardo shared the starting 3 row with Norris, helping McLaren to have both cars in the top 6, a different performance from P13 and P18 in the opening stage. With 7th place, Bottas helps Alfa Romeo have the third time this year to start in the top 8, more than the entire 2021 season combined (2 times).

Magnussen and Alonso both fell four places after 21 laps of the Sprint, finishing at P8 and P9. Meanwhile, M.Schumacher has the best starting ranking of his career – P10. That helps Haas have 2 drivers in the top 10 for the first time since Interlagos (Brazil) 2019.

Ferrari has a race to forget at home

This is only the second time in the hybrid era, Red Bull has won 1-2 (last time in Malaysia 2016 when Ricciardo won and Verstappen finished 2). Driver #1 finished first in all the races he saw this year’s finish flag (2 GP and 1 Sprint). In addition, Verstappen also had one more Grand Slam (pole, victory, fastest lap and top of all laps), but it was the first time in F1 history that a driver won P1 twice in the same stage. .

With this achievement, F1 has seen two different drivers/teams win the Grand Slam in two consecutive races (Leclerc in Australia). Red Bull had never scored with either car at Imola, until this year’s race. Norris also won his first podium at a track for two consecutive years, when he finished third at Imola 12 months ago. In fact, the McLaren driver was present on the podium to receive the award in all three of the last three races in Italy (ranked 2nd at Monza 2021). 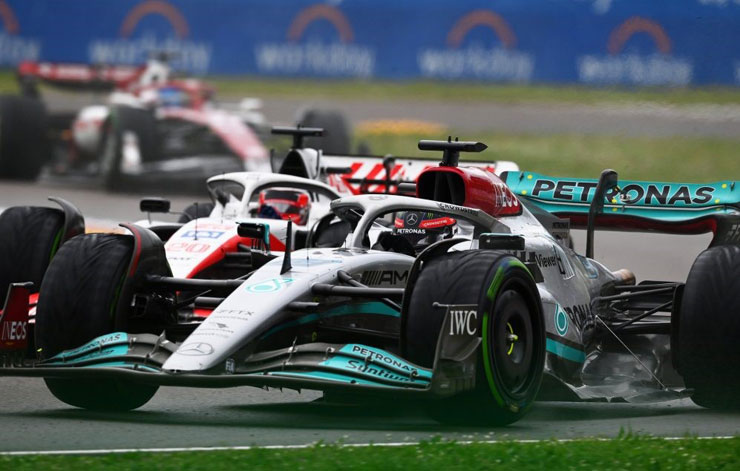 Russell ranked 4th, the only driver in the top 5 in all 4 stages this season. Following him is a former Mercedes driver – Bottas, with the best result for Alfa Romeo since Brazil 2019 (Kimi Raikkonen P4, Antonio Giovinazzi P5). Leclerc has finished top 6 in all 3 races at Imola but Ferrari has not had a podium here since 2006.

AlphaTauri had identical results for the 2021 race but the rankings of the two drivers were swapped – Tsunoda P7 and Gasly P12. Aston Martin suddenly got the first score with both cars when Sebastian Vettel finished 8th and Lance Stroll ranked 10th. Thus, after only the first 4 races, all 10 racing teams had points (the last time happened. out in the 2018 season). 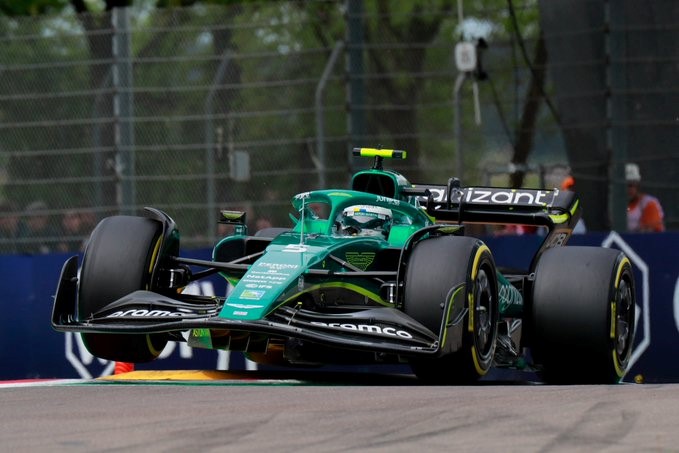 Aston Martin is the last team to score this season

Magnussen is 9th and has scored in 3 races so far. Haas has been empty-handed in 28 races since before the 2022 season kicked off. Sainz only completed 1 round in the last 2 stages after losing a series of 31 consecutive points. Hamilton only finished P13 and was caught by Verstappen in the race (similar to the 2017 Mexico stage). Ocon (Alpine) is also outside the top 10 and ends the streak of 7 consecutive points for the individual French driver. (Sports news – F1 news) The half-wet half-dry race at Imola ended with the Red Bull duo on the podium alongside Lando Norris. Ferrari at home has left a performance…