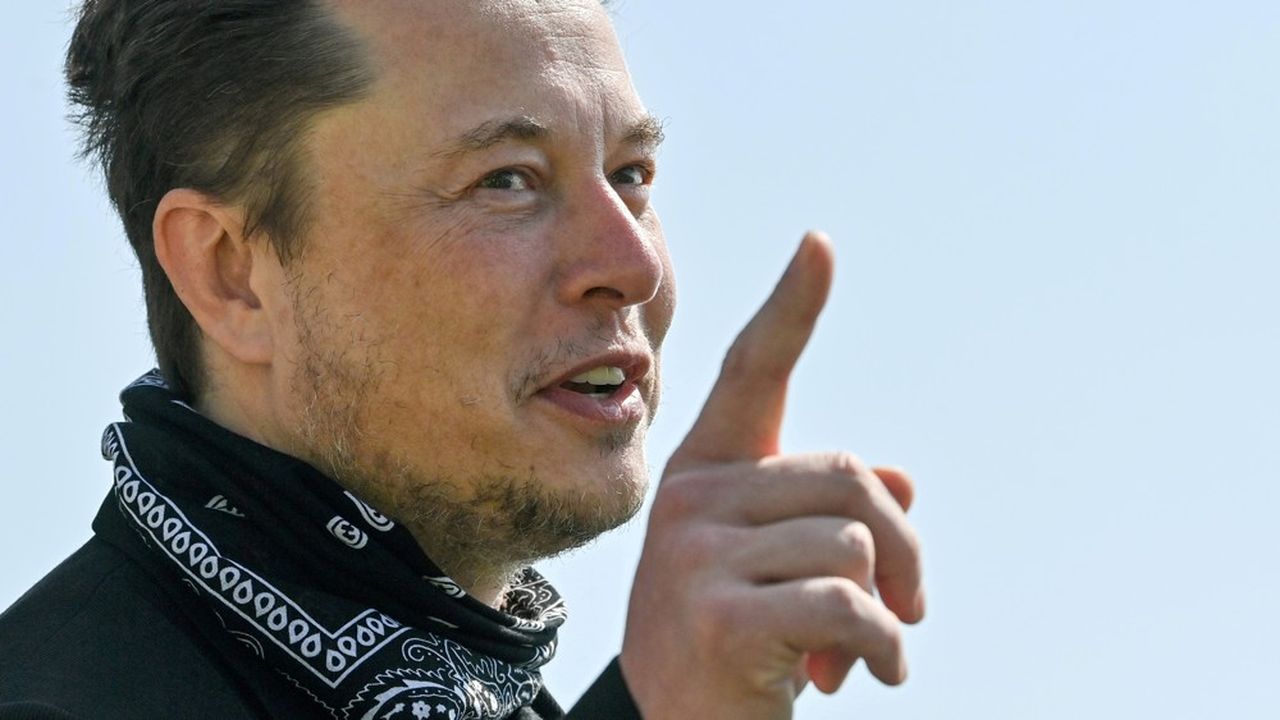 Even coming from Elon Musk, who said in 2019 that his Twitter feed had practically slipped into absurdity, the message posted last weekend by the US multi-billionaire managed to surprise the financial community. Whether or not he fulfills this latest fad, this post is just the latest in a long string of shattering posts.

The thunderous boss of the electric car specialist regularly uses Twitter and his 63 million “followers” to draw attention to Tesla and his other companies, sometimes pushing the plug too far, between ironic tweets and deliberate outrages. Back to the key messages of the tech troublemaker.

1. On the sale of part of Tesla’s capital

Elon Musk published a poll on the social network on Saturday asking his followers whether or not he should sell 10% of the capital of the automaker, which crossed the threshold of $ 1,000 billion in capitalization a few days ago. Internet users answered yes and Elon Musk pledged to respect their opinion …

Much is made lately of unrealized gains being a means of tax avoidance, so I propose selling 10% of my Tesla stock.

Do you support this?

A decision that rocked the price of Tesla, which lost nearly 5% when the US markets closed on Monday evening. During the day, the stock lost up to 7.3%, to find itself at an eight-month low.

2. On the astronomical order placed by Hertz

As recently as last week, Elon Musk cast doubt on Hertz’s historic order to buy 100,000 Teslas for its rental car fleet, and downplayed the $ 4.2 billion it represents. “I want to stress that no contract has yet been signed,” he posted on November 2. Tesla shares then lost 3%.

If any of this is based on Hertz, I’d like to emphasize that no contract has been signed yet.

Tesla has far more demand than production, therefore we will only sell cars to Hertz for the same margin as to consumers.

Hertz deal has zero effect on our economics.

3. On his personal finances

In May 2020, Elon Musk triggered a “tweetstorm”, as aficionados of the platform say: a large flow of messages published on the social network on a specific subject and in a short time. In question, a message in which he declared to be in the process of selling almost all of his possessions and that he would not own a house.

I am selling almost all physical possessions. Will own no house.

4. On the valuation of Tesla

The same day, he also posted an astonishing comment for a boss of a listed company: according to him, the price of Tesla share is too high (at the time, the title is worth 156 dollars). Its price then fell by 10%, but three days later, these losses were erased. A Tesla share is worth $ 1,177 today …

5. On Tesla slamming the door of the Stock Exchange

It was during the torpor of summer, in the middle of a stock market session. On August 7, 2018, Elon Musk sent his 22 million or so Twitter followers a staggering message, sparking weeks of speculation about his intention to privatize Tesla. “I am considering taking Tesla off the list for $ 420. Funding is assured. He writes.

The title jumped 11%, before erasing its gains, investors doubting its ability to exit the markets – such an operation requiring a record financial contribution. In the end, this tweet seems like a joke: April 20, where 4/20 ($ 420) is a code in American popular culture for cannabis use.

A joke that does not amuse the SEC at all. He must finally pay a fine of 20 million dollars to the American stock market policeman who accuses him of fraud. Elon Musk also had to step down from Tesla’s presidency for three years. Far from shaking his head, he later tweets that the fine “was worth it” and continues to thumb his nose at the SEC, which requires him to have his posts validated on Twitter by Tesla’s lawyers when they concern the company.

6. And he drives the point home

In the midst of fierce speculation on the privatization of Tesla, Elon Musk indicates on the social network that he has called on heavy artillery to advise him in this project: Goldman Sachs and the famous Silicon Valley fund, Silver Lake Partners.

I’m excited to work with Silver Lake and Goldman Sachs as financial advisors, plus Wachtell, Lipton, Rosen & Katz and Munger, Tolles & Olson as legal advisors, on the proposal to take Tesla private

But that’s not enough to silence the skeptics. Tesla’s price then continues its tumble on the stock market, and loses 15% in four days.

It was just an April Fool’s Day meant to poke fun at Tesla’s critics. The emblematic boss of Tesla had announced the bankruptcy of his company, in tweets however unequivocal. The bogus press release explained: “Despite intense efforts to raise money, including a desperate massive sale of Easter eggs, we are sad to inform you that Tesla is in complete and utter bankruptcy. More bankruptcy than that, you die. “

Before adding a layer: “There are several chapters concerning bankruptcy. As our detractors have pointed out, we fill them all, even chapter 14 and a half, worst of all. Then to pose with a “bankruptcy” sign, the last tweet indicating that Elon Musk had been found unconscious, surrounded by bottles of “Teslaquilla”, “dried tears on his cheeks”. The joke was not really appreciated, especially since Tesla’s difficulties are very real. The title of the American manufacturer then lost more than 8%.

Tesla Goes Bankrupt
Palo Alto, California, April 1, 2018 – Despite intense efforts to raise money, including a last-ditch mass sale of Easter Eggs, we are sad to report that Tesla has gone completely and totally bankrupt. So bankrupt, you can’t believe it.

Beyond his influence on Tesla, Elon Musk is finally making rain and shine in the cryptocurrency market, causing the price of bitcoin, dogecoin and Shiba inu to fluctuate according to his thoughts and “memes”.