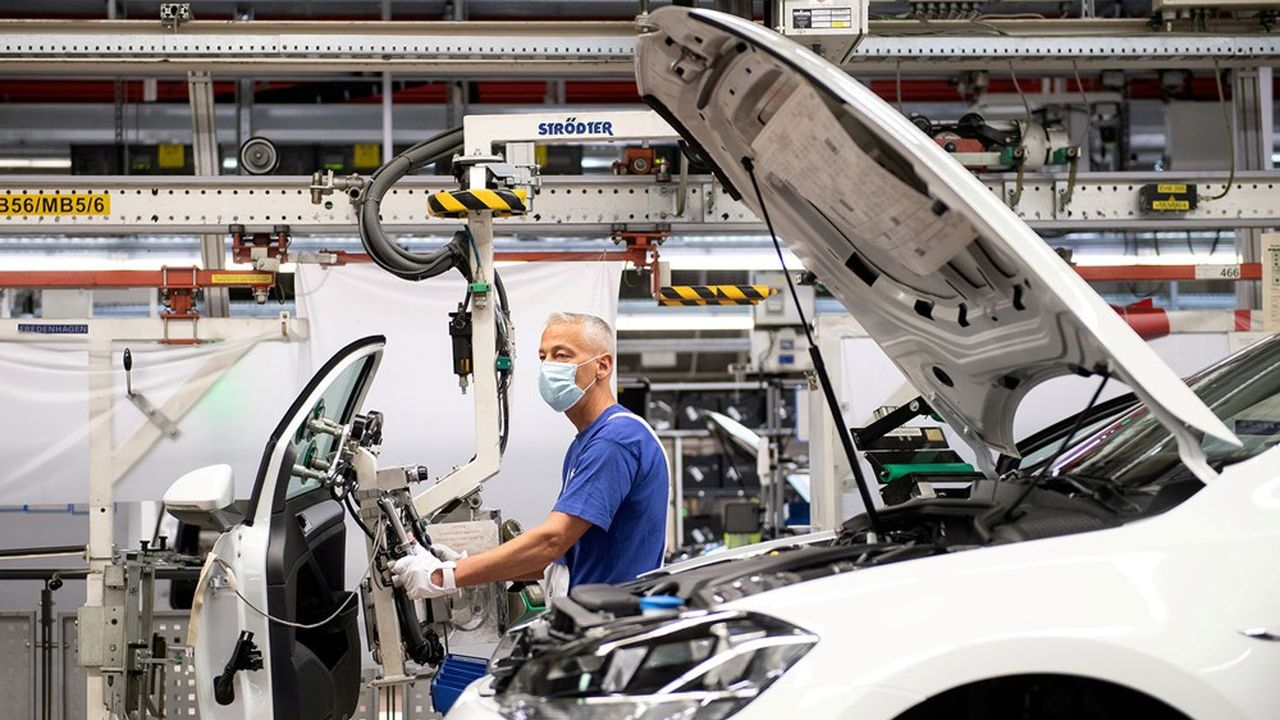 The dependence on Asia of the European automotive industry is “Excessive” and “Unacceptable”. At the end of his videoconference interview on Monday with Thierry Breton, the European Commissioner for the Internal Market, Bruno Le Maire, the French Minister of Finance, protested against the recent shutdown of many automobile factories for lack of supply of electronic components.

On the eve of an exchange with his German counterpart, Peter Almaier, the French minister defends the establishment of a specifically European sector. “As of this year, we want a second important project of common European interest (PIIEC). What we have done for electric batteries, we are going to do for electronic components ”, he said during a press point. This project, he said, must cover all fields of electronics.

“We have already identified 18 business projects in France as part of the France Relance plan, like Lacroix Electronics in Maine-et-Loire”, underlined Bruno Le Maire. These projects could be eligible for this PIIEC. “You have to be ambitious, we haven’t lost the race”, assures, for his part, Thierry Breton, who expects, in the future, to “Tensions with geopolitical repercussions as we can see today”. Asked about the recent shortage of electronic chips, the commissioner mentioned a cyclical problem which will be resolved. It is linked to the sudden increase in demand from manufacturers in China.

For now, France has launched a crisis unit on the subject which brings together the electronics and automotive sectors. The goal in this situation “Emergency” is “To have a better allocation of components”, explained, Monday, Bruno Le Maire. The fact remains that, for Bruno Le Maire and Thierry Breton, Europe must regain its autonomy. And above all to ensure that these future nuggets do not go abroad. Europe and France must “Take care to avoid the takeover of strategic companies” by foreign competitors, underlined the French minister. On this specific point, he calls for a reform of European competition rules.

Space also on the menu

The space field was also discussed during this interview. Whether in terms of satellite launchers but also in terms of geolocation with Galileo, observation with Copernicus or connectivity with satellites in low orbit.

“Second space power in the world, Europe intends to remain so”, promised Thierry Breton. “We need to come back to more significant investments in this area. In terms of launchers, France, Germany and Italy will also define a roadmap which will be presented next June ”, indicated Bruno Le Maire. The aim is to ensure that Europe has autonomous access to space. “I will set up an alliance of launchers”, added Thierry Breton. The major industrial maneuvers will therefore continue. The pandemic crisis has exposed many unacceptable loopholes that Europeans will strive to close.