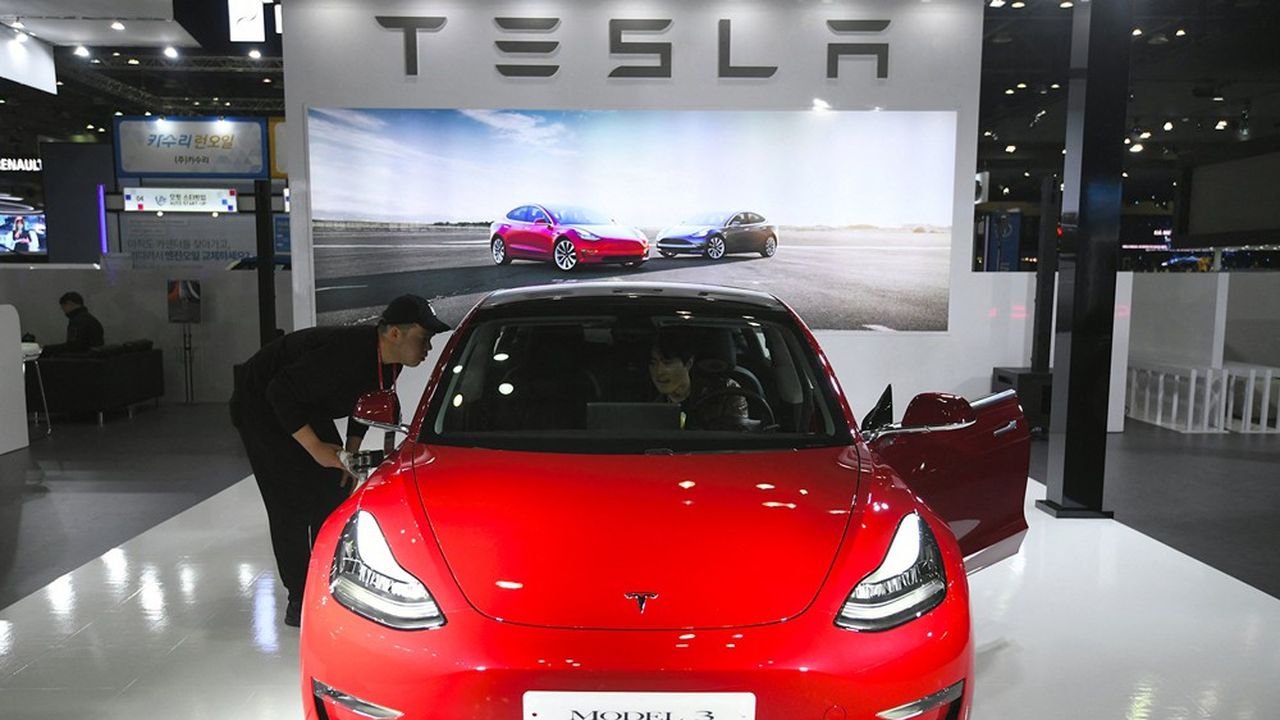 The Volkswagen teams are not at the end of their sentence: while Tesla has become the gold standard for their “big boss” Herbert Diess, the Wolfsburg group is struggling to catch up with its rival.

In 2021, its sales of 100% electric cars have certainly doubled (+ 95.5%) to reach 452,900 units worldwide (with its brands Volkswagen, Audi, Skoda or Porsche), according to figures published on Wednesday. But during this time, the American pioneer also posted remarkable growth (+ 87.4%), with deliveries of 936,000 units last year. What remains the world number one in lithium-ion, by far.

It is true that the year was marked by shortages of semiconductors, which penalized its production and prevented it from meeting demand. A pitfall that Tesla claims to have succeeded in circumventing thanks to its mastery of electronic systems, which allowed it to rewrite software so as to use available chips.

The shortages are in any case the explanation provided by the boss of Volkswagen in China, Stephan Wöllenstein, who admitted that “2021 has been one of the most difficult years in our history in China. Our order books are full, but we have failed to produce, ”he said. The performance of Volkswagen brand’s “ID” models in the Middle Kingdom, in particular, was disappointing, with 70,000 sales instead of the 80,000 to 100,000 expected.

However, the chip crisis does not seem to be the only cause: the Chinese seem less seduced by the ID.3, ID.4 or ID.6 than by Tesla’s Model 3 or Model Y (240,000 sales in China), or even that by models from new battery players such as XPeng, Nio or Li Auto (around 100,000 sales each). “Volkswagen is historically a leader in thermal energy in China, but in electricity, it is about developing a more technological image,” notes Jean-François Dufour, director of the DCA Chine-Analyze cabinet.

If Tesla naturally and massively dominates its rival in the United States (313,400 estimated sales, against 37,200 for the German group), in Europe on the other hand, Volkswagen wins across the board. The Wolfsburg group sold 310,000 battery cars there, compared to an estimated 170,000 for Tesla.

However, this figure is also lower than the objectives, a disappointment also linked to the shortages. “Electric vehicles are not always profitable today, it makes sense to allocate the available chips only to the strict volumes necessary to avoid paying CO fines.2 in Brussels, ”notes German analyst Matthias Schmidt. In fact, the group’s order book has reached a historic level in Europe, including 95,000 Volkswagen ID orders.

The Wolfsburg group sold a total of 8.9 million vehicles worldwide last year with its twelve brands. This is 4.5% less than in 2020, a year itself marked by the health crisis, and 19% less than in 2019. The shortage of chips weighed heavily on production. Among the light vehicle brands, only Porsche (+ 10.9%) and Seat (+ 10.3%) saw their sales increase.