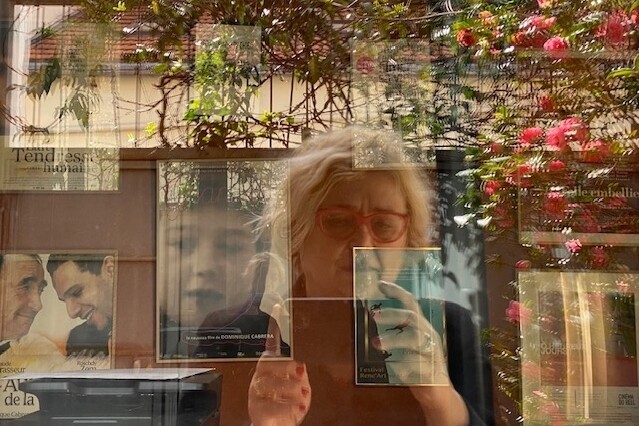 Of I have the right to speak, his first short film made in 1981 at his Notes on Commercy’s call, the last, dedicated in 2019 to yellow vests, Dominique Cabrera seems to hold the thread of his commitment as a filmmaker. Filming groups of citizens determined to make their voices heard – what we would now call participatory democracy – but above all to show men and women of modest means, happy to be together and listened to, rediscovering in front of the director’s sensitive camera, pride and dignity.

This is the whole point of this online retrospective (1) organized from May 5 to 14, which by showing all of her documentary work – she has also made five fiction films – makes it possible to better identify the guidelines. . That of political commitment first, which led him at the beginning of the 1990s to become a chronicler of these suburban cities already in full discomfort. When the first day of the month, its inhabitants wait since dawn for the opening of the La Poste counter to collect the RMI, the only way to feed their children, or come up against the coldness of a public service symbolized by the walls of glass that irreparably separates them from its employees (A post at La Courneuve, 1994).

A personal and family story

But reality and misery are always transcended in Dominique Cabrera, by the humanity that emerges from the people she chooses to film. The destruction of the four towers of the Val Fourré in Mantes-la-Jolie has inspired him several documentaries, including the remarkable Chronicle of an ordinary suburb (1992), in which former inhabitants return with a tight throat to recount their happy moments lived between these four walls, where a simple piece of tapestry can cause a torrent of tears. No miserability or dogmatism in his work. The director seeks to capture the poetry and the beauty of these tiny lives, stories of exile and fraternity that this blackfoot girl who spent her childhood and adolescence in a public housing estate in Vernon not far from there, has share.

Hence the back and forth in his filmography with his personal and family history which led him to Algeria – the “lost paradise” of his parents – to meet the French who chose to Stay There (1992) after independence or to try to unravel the secret of his mother whose abandonment at birth and adoption, discovered late, seem to be the source of a personal trauma. With her soft voice and her questions, she takes us into her privacy as well in moments of great disarray (Tomorrow and again tomorrow, 1997) than in the happy days of reuniting with his family (Grow, 2013). Each film, inseparable from the previous ones, shows to what extent “The intimate and the political”, title of a book devoted to him (2), are linked and end to end form a work.