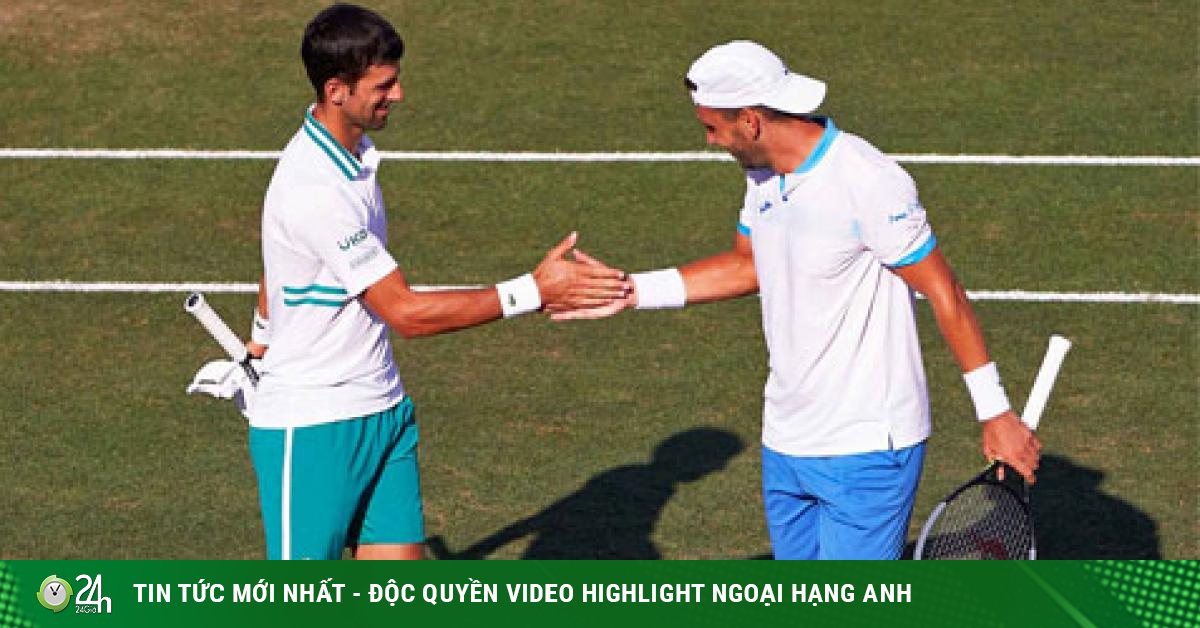 (Sports news, tennis news) Novak Djokovic is not an expert in doubles but plays very well.

Video of the quarter-final match, where Djokovic and his teammates defeated the No. 1 seed pair

After winning the Roland Garros 2021 championship, Novak Djokovic aims to defend the title at Wimbledon, the Grand Slam event taking place on English grass from June 28 to July 11.

Usually, players will choose a tournament to play “warm-up” before the Grand Slam event, Djokovic is no exception, but instead of playing singles, the Serbian player chooses to play doubles.

If participating in the men’s singles of the Mallorca Championship taking place in Spain, Djokovic will be the top seed, but due to the double registration, Nole is not seeded and only participates in the tournament thanks to a wildcard.

Along with fellow Spaniard Carlos Gomez Herrera, the pair have now reached the semi-finals. Worth mentioning in the quarter-final match, Djokovic and Herrera had to face the number 1 seed pair of the tournament, Marcel Granollers (Spain) / Horacio Zeballos (Argentina) but they won.

Losing 4-6 in the first set, Djokovic and his close friend Herrera (who have played together for 15 years) had an impressive comeback to win again with a score of 7-6(3) and 10-8.

Going to the semi-finals, Djokovic and his teammates clashed with the 3rd seed pair Aisam-ul-Haq Qureshi (Pakistan) and Oliver Marach (Austria). The match is scheduled to take place around 6:30 p.m. on June 24. (Sports news, tennis news) Experts say that Roger Federer’s will to fight has decreased, in the opposite direction, …