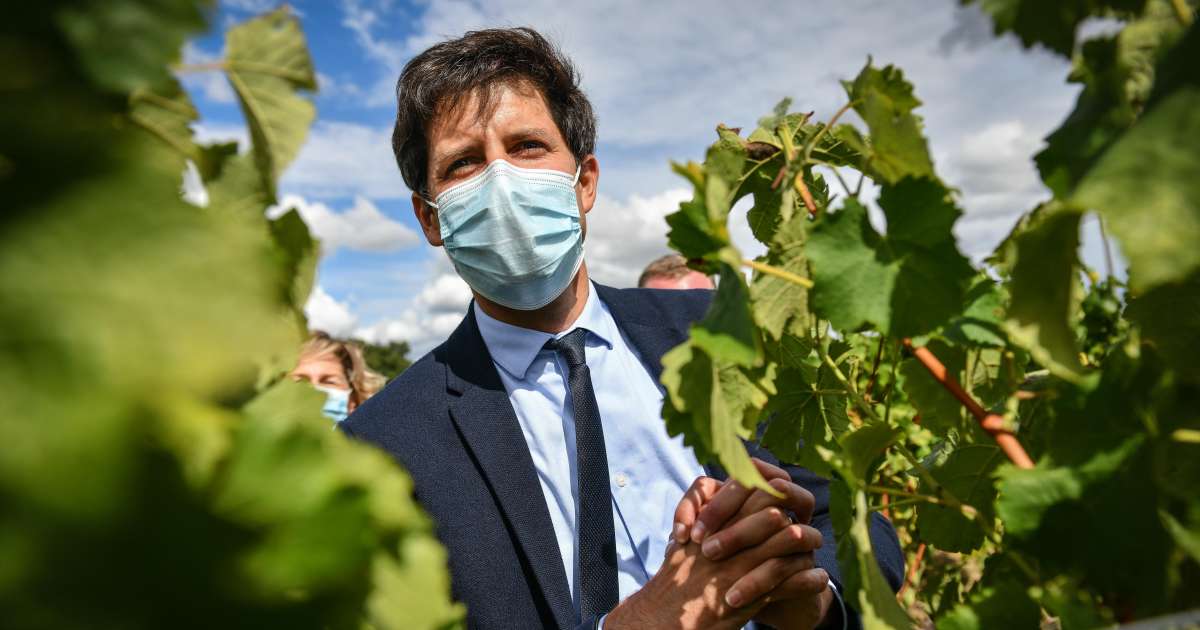 A mobilization “Total” to support farmers following the frost episode that affected many regions, from the north of Ile-de-France to the south-east of the country. This is what the Minister of Agriculture Julien Denormandie promised on Thursday April 8, specifying that the government was going to deploy the agricultural calamities regime in the face of this event. “Particularly difficult”.

Semi-autonomous tractor, harvest optimization … we spent a day with a connected farmer

“We will also study the usual tax systems that we can make available to these farmers who are facing these difficulties”, he added on Franceinfo.

“The losses are important”, warned the minister. He also promised the full mobilization of insurers and bankers to support affected farmers, including wine growers, arborists, but also beet and rapeseed growers.

What is this regime of agricultural disasters?

The agricultural disaster regime will be put in place, announced Julien Denormandie. This scheme aims to help uninsured farms to recover from a significant loss of harvest, thanks to compensation financed by the National Fund for Risk Management in Agriculture (FNGRA), explains the Ministry of Agriculture.

To be eligible, operators must prove the “Exceptional nature of the climatic phenomenon at the origin of the disaster”. It will be easily demonstrated by the farmers concerned this time around.

They cannot benefit from it if they are already insured elsewhere. But Julien Denormandie intends to make a gesture “In cultures that are said to be insurable”.

“I am thinking, for example, of vines, of field cultivation, we will have to mobilize very strongly the insurers. “

“A historic drop in temperatures”

According to the FNSEA agricultural union in a press release, “The last nights marked by a historic drop in temperatures and destructive frosts have just put a stop to flowering and strongly threaten several agricultural production sectors”. As “le Dauphiné libéré” reminds us, these temperatures were among the coldest for a month of April in ten years.

Camille Etienne, environmental activist: “We must mourn the old world”

To be eligible for compensation from this scheme, a minimum loss of 1,000 euros must be declared, which is likely to be the case for many growers, even if it is still too early to determine the exact cost of the damage. , said Julien Denormandie.

The agricultural calamities regime was created in 1964 and serves as a historic system of compensation for losses linked to climatic risks, recalls the ministry. It had already been partly mobilized in 2014, when farmers had to face severe thunderstorms.

“The damage is impressive”

The cold episode lasted between April 6 and 8. Farmers’ tips for limiting the consequences of frost, by scattering heaters between their vines or spraying orchards with water to create an ice shell around the buds, were not enough.

Thierry Cotillard, President of Intermarché: “It is unimaginable that multinationals are not subject to any constraint”

“In many regions, from north to south and from east to west, the damage is impressive among winegrowers and arborists. The distress is also great in the world of arable crops! The impacts on rapeseed, in full bloom, are dramatic, as on beet seedlings: a large number of growers will have to reseed more than half of their surface ”, indicates the FNSEA.

80% of the French vineyard affected

Jean-Marie Barillère, the president of Cniv, which brings together the professions of PDO and IGP wines, told AFP that the 2021 harvest will be ” very weak “. The gel has “Affected 80% of the French vineyard”, he recalls. A hard blow for a sector already severely affected by the health crisis, since wine growers have seen “Many outlets are closing due to confinement”, underlined the minister.

In Champagne, a new wave of green winegrowers

Led by the senator of the Gironde Nathalie Delattre (Radical movement), the elected representatives of the vine and wine have also called for “A real rescue plan” of the wine industry. And around thirty deputies from the Assembly’s “Vine, wine and oenology” study group addressed a platform to the Minister of Agriculture so that he could activate “All the collective tools that exist to reduce the impact of a loss of production, but also to think about additional aid, in order to prevent areas from disappearing”.

Other frost episodes are to be feared

As for the president of the National Association of Apples and Pears (ANPP) Daniel Sauvaitre, “Peaches, nectarines, apricots will be scarce on the shelves this year”. For him, there is still hope: “Find out if there are enough flowers left that are still green to make a harvest.” “

A chance which may decrease if new episodes of frost occur in the coming weeks, which can happen until the beginning of May, fear the farmers.