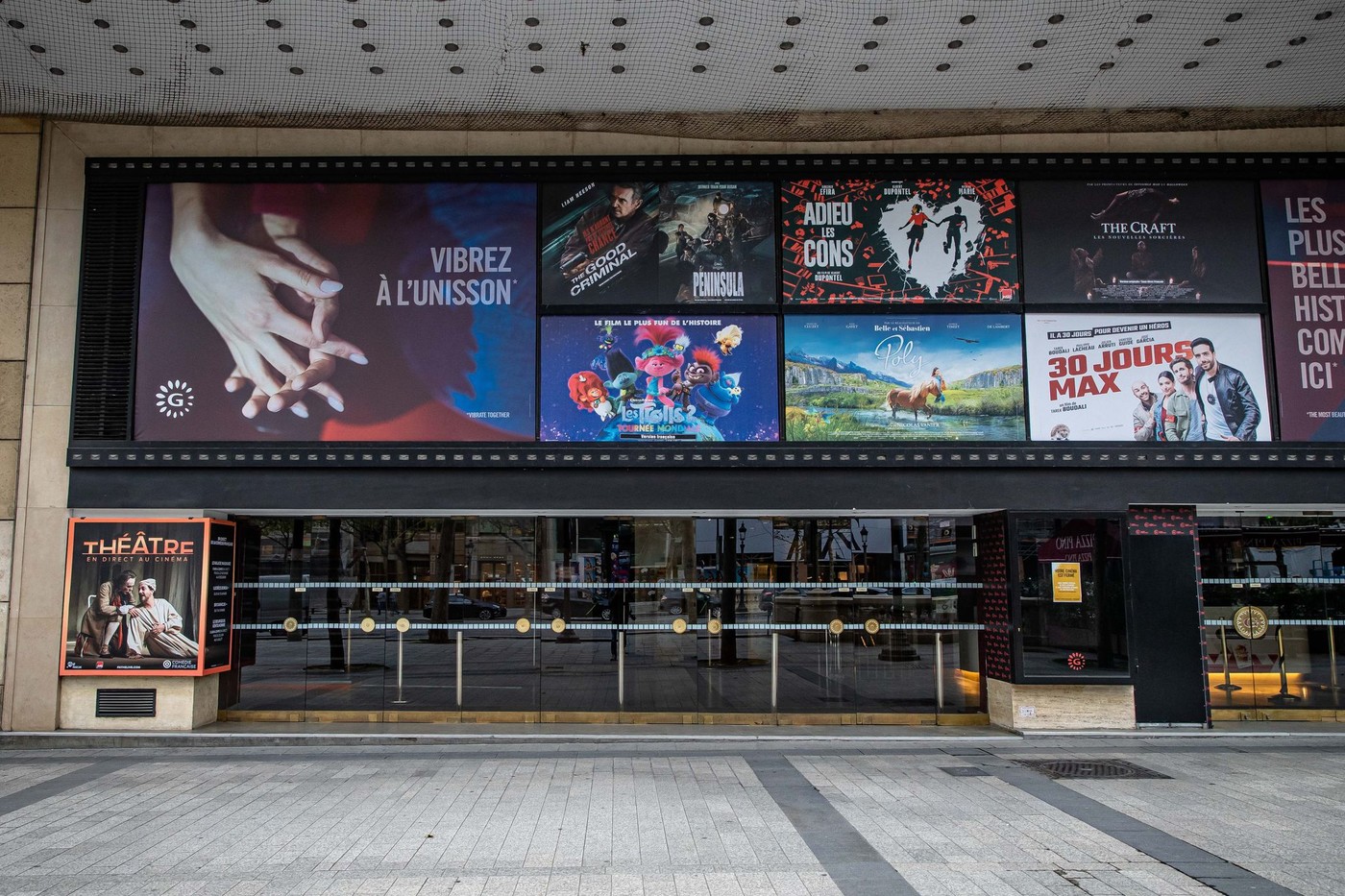 ” We are always looking for scenarios but this one, we had not considered “. Sidonie Dumas, Managing Director of Gaumont who spoke at the ARP (civil society of authors, producers and directors) film meetings, organized on Thursday, November 5, summed up the stupor of an entire profession in the face of a new closure of rooms imposed by a second confinement.

A situation all the more difficult to live with since their reopening on June 22, distributors had mobilized to release films despite reduced gauges and the public had ended up finding their way back to theaters. Thus the last feature film of Albert Dupontel Goodbye idiots released on October 21 brought together, in a single week of operation, more than 700,000 admissions before being forced to draw the curtain.

” Which proves that our audience has an incredible capacity for adaptation. When he stays at home, he rediscovers the cinema on television and when he comes out, he returns to the cinema », Welcomes Carole Scotta, co-founder of Haut et Court and co-president of Independent Distributors Reunited Europeans (DIRE). This reassuring observation is not enough to hide the distress of the profession in the face of an unprecedented situation. ” The public was there during the deconfinement and it’s great. We will do everything to resist but we will hold out if the rooms are open, if they are closed, it’s impossible », Sums up Sidonie Dumas.

The risk of a bottleneck when theaters reopen

The worst thing for distribution professionals is the lack of predictability. Will the rooms be able to reopen before Christmas or only in January? With or without a curfew? All the hypotheses are studied knowing that the longer the closing period, the more the list of films to be released grows and with it the fear of a bottleneck when reopening. ” We can end up with 30 to 35 releases per week and very short operating periods, especially if the American blockbusters end up coming back. », Notes filmmaker Radu Mihaileanu, vice-president of ARP.

An overabundance of films in stock which is not without repercussions on the rest of the production chain. Despite the government’s permission to continue filming, many have been cautiously shifted. The president of the Union of Cinema Producers (UPC), Isabelle Madeleine, expects film production to drop by around 30% for 2020 and perhaps even more next year if the cinemas are closed for longer. And in this big traffic jam, it is the independent films, the most fragile, which risk to suffer.

From where according to Sidonie Dumas “The emergency” to rapidly transpose the European directive on audiovisual media services (AVMS) which provides for the platforms to contribute to European and French creation. ” They are currently very aggressive and buy films intended for theaters because they are afraid of running out of content, notes Sidonie Dumas. They are taking precedence over our professions, it must be a wake-up call for all of us “.

In the introduction to the debates, the Minister of Culture Roselyne Bachelot sent a video message recalling that a decree, currently in preparation, plans to impose an investment in local creation up to 20 to 25% of their turnover. business and promises ” a revolution In the financing model of French cinema, the new framework of which would be ready, according to her, by next summer at the latest. “But the platforms will not finance independent cinema, alarms Émilie Georges, president of Memento Films International. They will choose works in a particular segment that corresponds to their subscribers. How in this case to preserve diversity and young creation if the number of productions drops? “