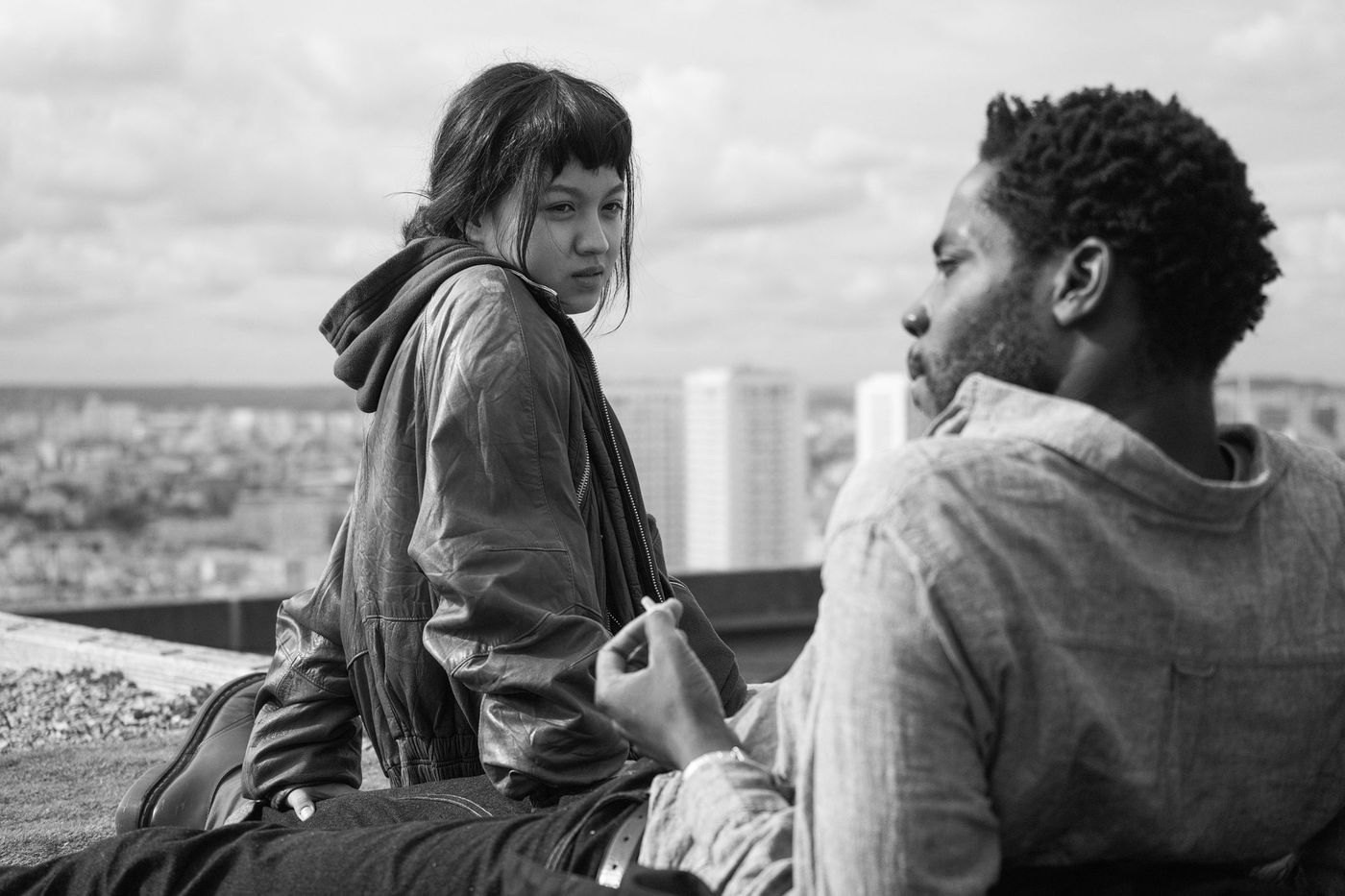 The competition ends this evening and saw the entry into contention Wednesday and Thursday of the last two French in competition. To Julia Ducournau with her ultra-referenced Titanium, supposed to embody on its own the emergence of a whole new French genre cinema, succeed two heavyweight filmmakers, both regulars of the Croisette (read opposite), working in very different registers but which in nearly thirty years of career have kept an intact capacity to renew itself and to surprise us.

In the order of appearance on the red carpet, there is first Jacques Audiard and his Olympics, named after the district of tours located in 13e district of Paris. After a western, The Sisters Brothers, shot in English in the United States, the filmmaker tries his hand at urban chronicle and crosses the path of four thirty-something who seek each other in love as in life. Shot in black and white, in a well-defined geographical space, The Olympics irresistibly bring to mind, in the mind, those independent New York films including Noah Baumbach and his Frances ha was the emblem a few years ago.

An ultra-contemporary portrait of today’s youth

However, it is not a coincidence, the scenario is taken from three short stories of an American comic book author, Adrian Tomine, which features characters of young New Yorkers a little lost. Transposed in France in 2021, it gives a crossover in love exploring feelings in the age of the Internet and uninhibited sex. Émilie loves Camille, her roommate and disillusioned teacher who loves Nora who herself is troubled by Amber, a “cam girl” exposing her body on the Internet.

Co-written by Céline Sciamma and Léa Mysius, the rising generation of French cinema, the film aims to draw an ultra-contemporary portrait of today’s youth. With its diversity of origin, its questions about the world of work, success, romantic relationships or sexual orientation. But also the intimate wounds for the character of Nora, who we guess was the victim of the grip of a man in her family. The Olympics, and this is a bit its weakness, seems to tick all the boxes of the themes that agitate society today. Fortunately, the know-how of Jacques Audiard, his very graphic staging, and the naturalness of his actors, little known except Noémie Merlant, give this story a fluidity and a tenacious charm.

A destabilizing charge against media hypertrophy

Bruno Dumont, for his part, abandoned the dunes of the North and non-professional actors to launch Léa Seydoux into the whirlwind of celebrity and sign a corrosive and destabilizing charge against the hypertrophy of the media. The actress plays the role of France de Meurs, star journalist of a 24-hour news channel, more concerned with the staging of herself than of her subject. She is the star, whether she attends a press conference by Emmanuel Macron or goes to a country at war. Until an accident – she runs over a delivery man on a scooter – instills doubt in her and plunges her into a depression that she will cure “in four weeks” in a luxurious establishment in the Alps where she meets other celebrities including the German Chancellor …

But the filmmaker likes to take viewers the wrong way. And behind the facade, also fictitious, with a squeaky farce with second-degree humor – and who better than Blanche Gardin to represent her in the role of assistant to France? – Bruno Dumont engages in an in-depth reflection on the now blurred demarcation lines between reality and fiction and the state of a country which no longer lives except in a fabricated media present.

→ READ. Bruno Dumont: “I strongly believe in the poetic power of Christianity”

What if the cinema had invaded all our screens? he seems to be wondering when France launches “Action! “And” Cut! »To the soldiers of a war who have become mere extras under his camera. In this terrifying mise en abyme, the choice of Léa Seydoux is not innocent. In her haute couture outfits, she appears for what she is, a movie star in the image she also made …

France, by Bruno Dumont. / RogerArpajou / 3B

Regulars of the Croisette often rewarded

► Jacques Audiard received the Palme d’Or in 2015 forDheepan. Previously, he had won a screenplay award in 1996 for A very discreet hero then the grand jury prize for a prophet in 2009. He was selected again in 2012 with Rust and bonebut leaves without reward.

► Bruno Dumont won him the Golden Camera in 1996 with The life of jesus, his first achievement. In 1998, Humanity receives the Grand Jury Prize at the Cannes Film Festival and a double acting prize for its non-professional actors. In 2016, My Loute is retained in the official selection while his diptych on Joan of Arc (Jeannette, the childhood of Joan of Arc and Jeanne) was presented respectively at the Directors’ Fortnight in 2017 and then in the Un certain regard section in 2019, where it received a special mention from the jury.