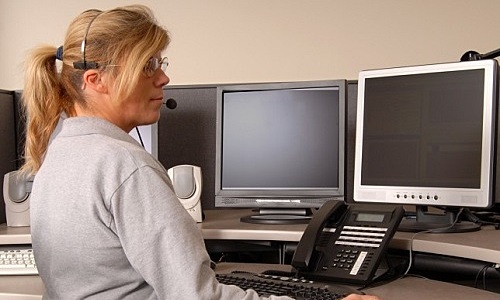 Living in Durham, Canada, but in a moment of panic, a woman called the police in Durham, northeastern England, nearly 5,000 km away.

“I need help. He’s coming. He’s in the house,” the frightened woman said, then fell silent.

Canadian police arrived at the victim’s home in the town of Ajax and found a 35-year-old man. The suspect fled but was cornered in a corner of the yard. Just 30 minutes after the victim called British police for help, the suspect was arrested in Canada.

He was charged with trespassing and forced entry. The woman was also taken care of by the medical team.

Inspector Andrea Arthur, head of British Durham police force, said: “This was an unusual incident, a very distressing situation for the victim. The team remained calm, trying to help their Canadian colleagues. resolved the situation quickly and professionally”.

He said, if it is possible to help rescue someone who is in danger, no matter where they live, the police will do all they can.

Inspector Paul Hallett, regional police officer Durham, Canada, said that this is certainly a testament to the success of international cooperation between police units in two countries with great distance.

“We are very grateful for the support of our colleagues who helped us get this important information, so that victims can receive timely assistance,” he said.