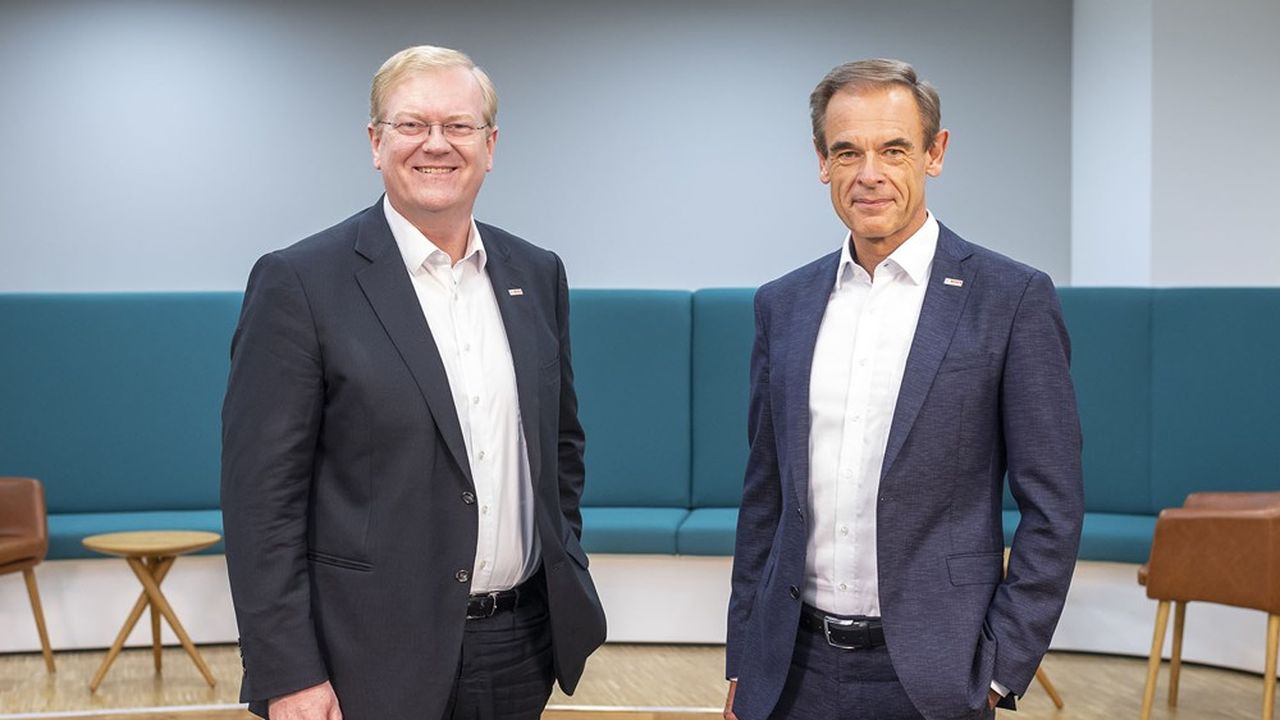 Bosch is putting the automobile back at the heart of its strategy by replacing its current boss Volkmar Denner with the current leader of the “Mobility” branch, Stefan Hartung, the group announced Thursday evening. Effective from next January, this appointment marks a change of generation in this global company with a very family structure.

Not only is the 60-year-old Denner replaced by the 50-year-old Hartung, but Franz Fehrenbach leaves at the age of 71 the head of the fiduciary Robert Bosch after more than 47 years of house, to be replaced by Stefan Asenkerschbaumer, 65 years and current financial director of the business.

Importance of the fiduciary

In the very particular structure of Bosch, majority owned by a foundation since 1964, the fiduciary plays an essential role in the management of the company, in particular to preserve “the values ​​of the founder”.

Contrary to Bosch’s traditions of continuity, however, it is not the former boss, Volkmar Denner, who takes the head of this trustee: the doctor in quantum physics becomes Bosch’s scientific advisor in the field of quantum technology.

Semiconductors: Bosch expected at the turn

The shareholders and the supervisory board thanked him in a press release for “his economically successful and technologically visionary leadership of the company. The development of sensors and connected objects for the industry of the future or everyday life: that was him. The association, today, of this “Internet of things” and artificial intelligence which allows machines “to learn” by itself: it is also him. “I remained a scientist at heart,” he explained in a long interview with the daily “Handelsblatt” on Thursday.

On the other hand, she left the wheelhouse before the possible outbreak of a new legal storm. So far, the number one supplier of German manufacturers has managed to escape the legal aspect of the scandal of rigged engines, failing to have saved jobs related to diesel, especially in France.

On the other hand, the problems of deliveries of semiconductors to the automobile manufacturers are likely to have a second act. In the battle to face the shortage, Volkmar Denner sold very well the grand opening of the second Bosch semiconductor plant in Dresden.

Manufacturers who, like Volkswagen, have had to send part of their troops on short-time work for lack of these components, however, do not rule out turning to subcontractors once the emergency has passed. Very concerned with discretion, the Bosch foundation seems to have wanted to change its leaders before this battle.

Stefan Hartung would also be well placed to possibly reposition Bosch in the new race for battery “gigafactories” in Europe. Contrary to this trend, the equipment manufacturer has given up research on battery cells since 2018. He had judged the financial risks too high in the face of the advance of Asian producers. However, a turnaround is not yet on the agenda.