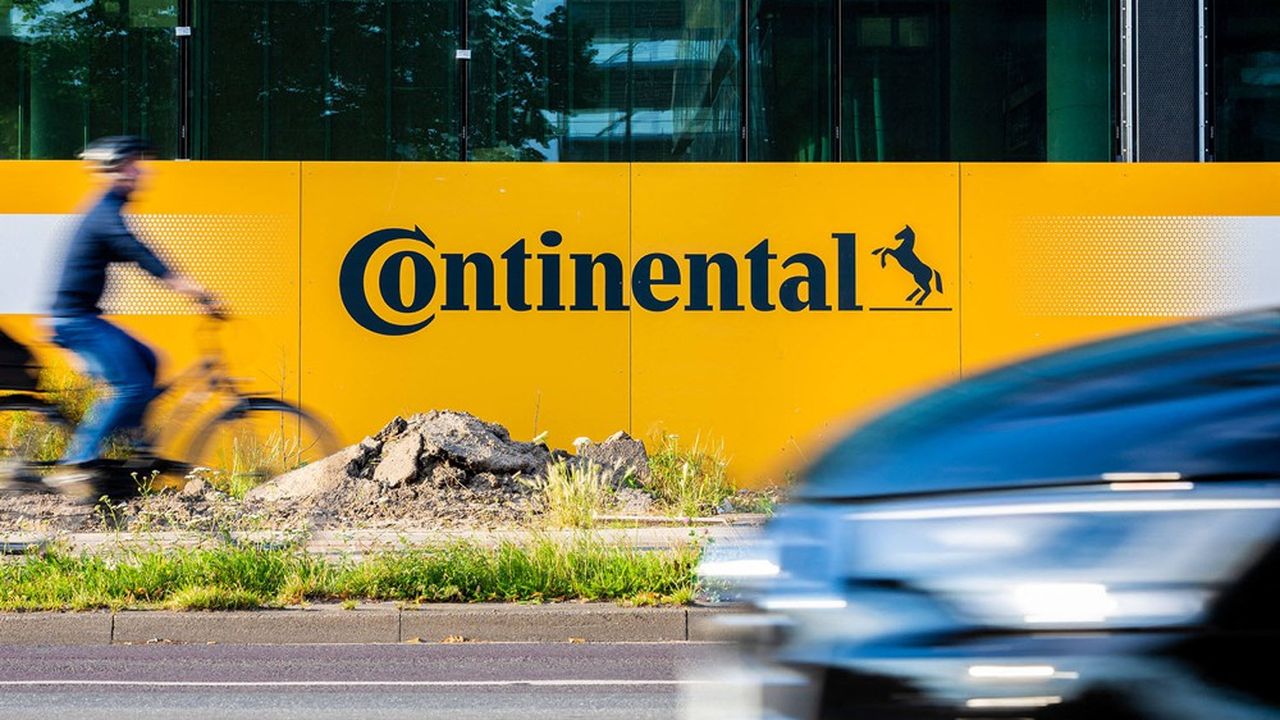 Streamline and reassure… The challenges awaiting Nikolai Setzer, Continental’s new boss, are monumental. He was appointed Thursday afternoon by the supervisory board to head the automotive equipment giant in the midst of a crisis. The outgoing CEO, Elmar Degenhart, had created a surprise in October by throwing in the towel after eleven years at the head of “Conti” for health reasons. He leaves behind a company in arrears, with a forecast turnover of 37.5 billion euros in 2020, against 44.5 billion in 2019.

Pure in-house product – he has spent most of his career in the company which he joined in 1997 – Nikolai Setzer knows more than anyone what he expects. Its first mission is to support the restructuring of Continental’s traditional activities: the industrialist with 240,000 employees is painfully transforming from the internal combustion engine to electricity and software, which generates restructuring which has led to more than 1 , 3 billion losses on the company’s accounts.

The almost fifty-something knows the file by heart. He is the spokesperson for the “Automotive Board” created internally in April 2019 to support the new specialization of “Conti” in software and sensors. Undergoing transformation, this division is precisely the one that pulls the profits down. During the first nine months of the year, it recorded a loss of 290 million euros and an Adjusted EBIT of less than 1.5%.

“The technological breakthrough still requires very high investments”, explains Wolfgang Schäfer, CFO of Continental today. Paradoxically, it is the traditional activity of rubber tires that currently keeps the company afloat, with its operating margin of 9.5%. Electric or thermal, a car always runs on tires.

The future of Vitesco in limbo

Continental’s second challenge is to get rid of Vitesco, the group’s engine division. The partial IPO scheduled for 2019 has already been postponed, for lack of sufficient conditions. The full introduction planned for the end of 2020 now also appears to be compromised by the second wave of the coronavirus which is shaking Europe. In the meantime, Vitesco punctures the company’s balance sheet. Continental has invested more than two billion euros in the electrification of its product portfolio in recent years.

The third of Nikolai Setzer’s great works is not the least rough. The new leader must complete the very heated negotiations with the unions on the 30,000 job cuts announced at the end of September. The austerity cure threatens 13,000 jobs in Germany alone. The closure of the tire factory in Aachen by the end of 2021, announced hussar, threw the unions in the streets and mobilized the policies of the region. The conservative president of North Rhine-Westphalia, who is also a candidate for Angela Merkel’s succession, has already criticized the “cold capitalism” of “Conti”.