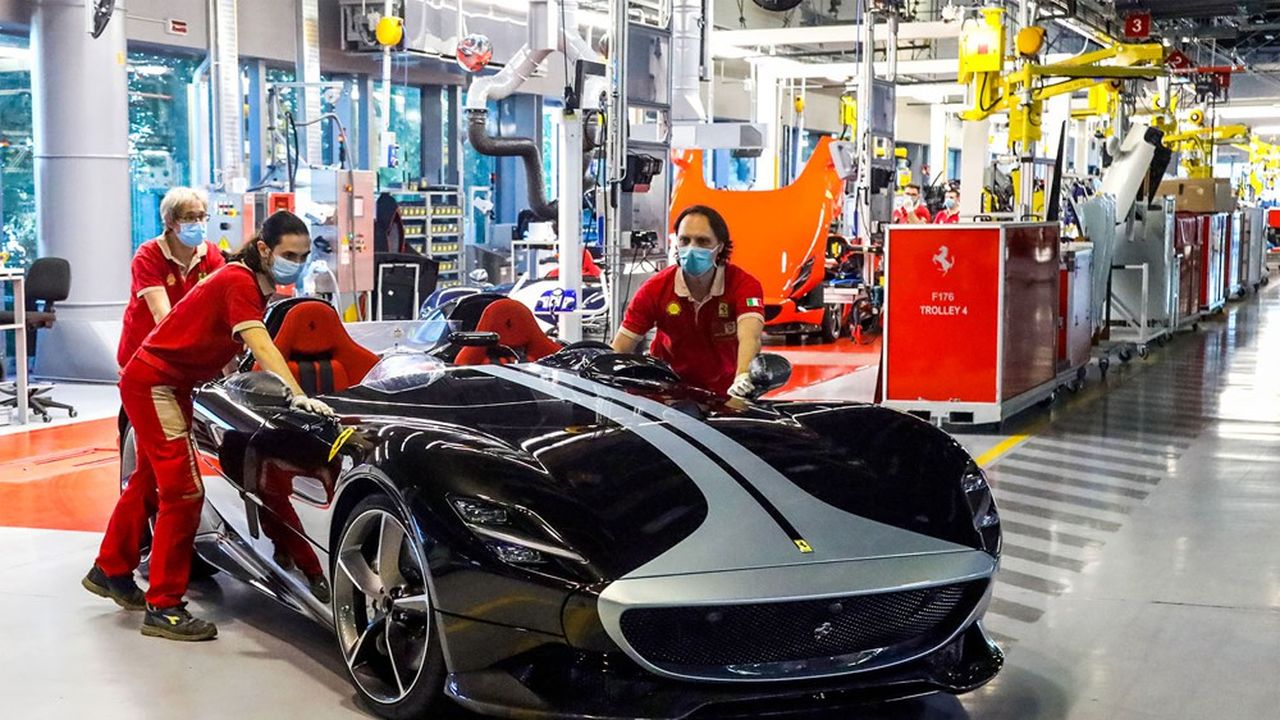 In the world of luxury cars, there are quite a few prestigious brands, but those which have been able to face the health crisis without too much damage are much less so. Faced with the Covid storm, Ferrari and Porsche demonstrated the quality of their handling even in bad weather, while most of their competitors, especially Anglo-Saxons, were forced to align the job cuts so as not to sink .

In the niche of “supercars”, all observers agree, Ferrari is a player apart. “It is the only viable and independent manufacturer, points out Philippe Houchois, analyst at Jefferies. The rest are controlled by large groups. The prancing horse brand has built its success on a model that the coronavirus has barely shaken.

Presented at the beginning of November, the third quarter results show that the interruption of production for seven weeks in the spring was well digested. The three-month drop in shipments was only 6.5% compared to the same period last year, and net profit even rose 1% to 171 million euros. Figures that exceeded analysts’ expectations, and which led the brand to revise its annual forecasts upwards.

This success is due to an unparalleled reputation around the world, but also to an ability to regularly release new models to maintain the interest of customers (no less than four this year). “In this segment, the lifespan of a model is four years, against seven in the classic automobile,” recalls Philippe Houchois.

The Maranello firm has the financial strength to keep pace, where other competitors such as Bentley or Aston Martin, failing to sufficiently extend their range, have had to restrict themselves to confidential production. And if buyers are above all about having fun, they may also think they are making a good investment. “Their cars keep a very good rating, people resell them relatively well,” says Fabien Ribot, director of CMS, a company specializing in the leasing of second-hand luxury vehicles.

Keep the customer waiting, neither too much nor too little

To meet this strong demand, the group puts its customers on a waiting list. “This is managed with the greatest care,” reports Philippe Houchois. It must be long enough to ensure that the model does not have to wait for months at a dealership, without the delays ultimately discouraging buyers. “

Less elitist, Porsche was just as resistant. Over the first nine months of 2020, the subsidiary of the Volkswagen group managed to generate 2 billion in operating results for just under 20 billion in turnover. Deliveries fell only 5% compared to last year, to 191,000 vehicles, including 25,400 copies of the timeless 911.

Porsche hits the mark in China

This resilience owes a lot to the group’s remarkable breakthrough in China. Porsche now achieves nearly a third of its worldwide sales in this country alone. This success is not automatic for all Western luxury brands: Ferrari sales, for example, are far from their level in Europe.

Behind these two big names, the luxury car industry has experienced an “annus horribilis”, in particular for British manufacturers. Aston Martin, James Bond’s favorite brand, is facing serious financial difficulties and has had to call for help from Daimler-Mercedes, which could take up to 20% of the capital.

In June, Bentley announced the cut of a thousand jobs, or 25% of its workforce, emulated a few days earlier by McLaren. And after a record year 2019, sales of Rolls-Royce (owned by BMW) fell by almost 30% in the first nine months of the year. As for the attempts to relaunch Maserati by Fiat-Chrysler and Alpine by Renault, it will take several years to judge their success – and a zero is missing on the label to claim “ultra luxury”.

Housing: LPAs play their role less and less with the most modest