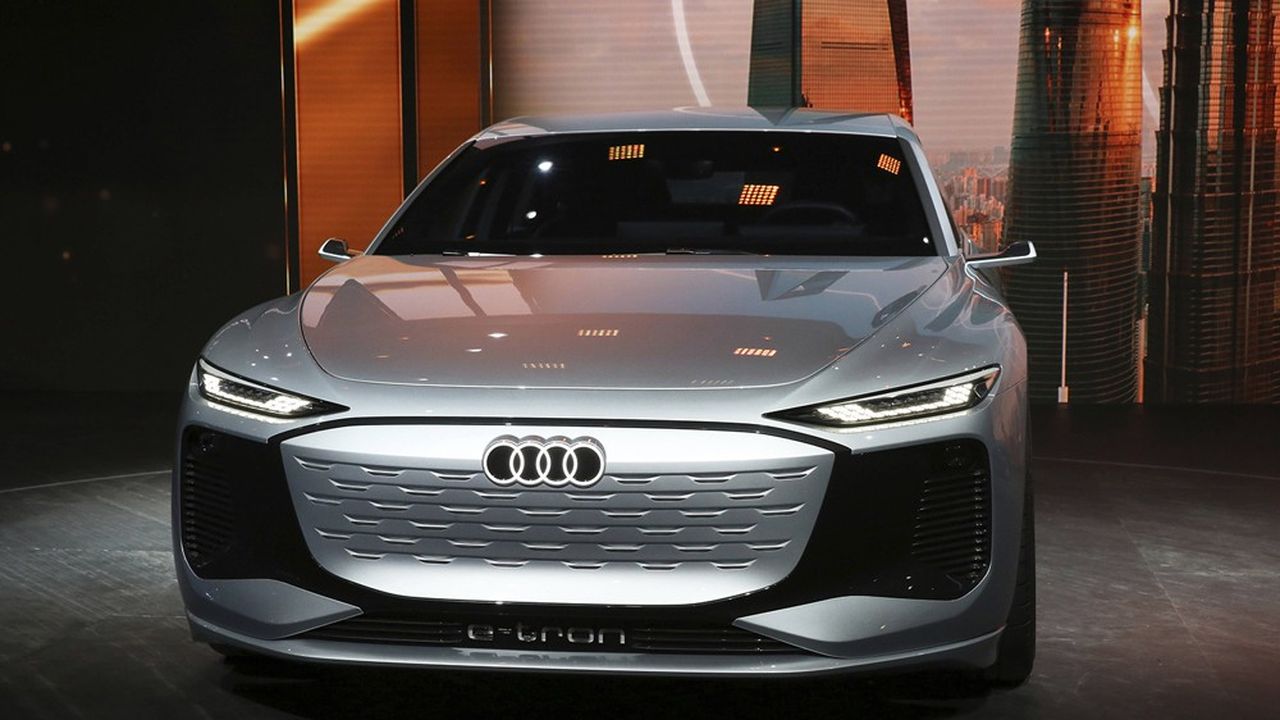 And one more. After Volvo, Jaguar, Mini, Fiat and a few others, it’s German Audi’s turn to announce a date for its conversion to all-electric. All of the new models launched by the premium brand of the Volkswagen group in the world will be 100% electric from 2026, its boss, Markus Duesmann, unveiled on Tuesday at a climate conference in Berlin.

The brand will then cease completely to produce (and therefore sell) gasoline or diesel cars from 2033. “Audi is ready to begin its big decisive turn in the age of the electric”, he confirmed in a press release. With one exception, the Chinese market where, if there is still demand for heat engines, Audi could still sell cars with heat engines produced locally after 2033.

“I don’t believe in bans, I believe in the success of technology and innovation,” insisted Markus Duesmann. The ring firm, which launched its electric offensive with the e-tron in 2019, will have 20 battery-powered models in its range in 2025. It plans to launch four just this year (e-tron GT, RS e -tron GT, Q4 e-tron, and Q4 Sportback e-tron), “more than gasoline or diesel models,” the press release said. Audi also plans to invest in its own charging network, like Tesla.

Audi’s announcements are part of the big shift launched by its parent company, the Volkswagen group, which plans to invest nearly 46 billion in five years in the battery and to increase the share of 100% electric cars in its sales at 50% of the total in 2030. A shift initiated by all manufacturers, under the pressure of increasingly restrictive anti-pollution standards.

Audi paid heavily for the Dieselgate scandal, including having to pay a fine of 800 million euros in Germany. At the end of 2019, the brand had also announced 9,500 job cuts (15% of its workforce) by 2025, to restore stalled profitability. Arrived in April 2020, Markus Duesmann aimed in particular to accelerate the electrification of the brand.