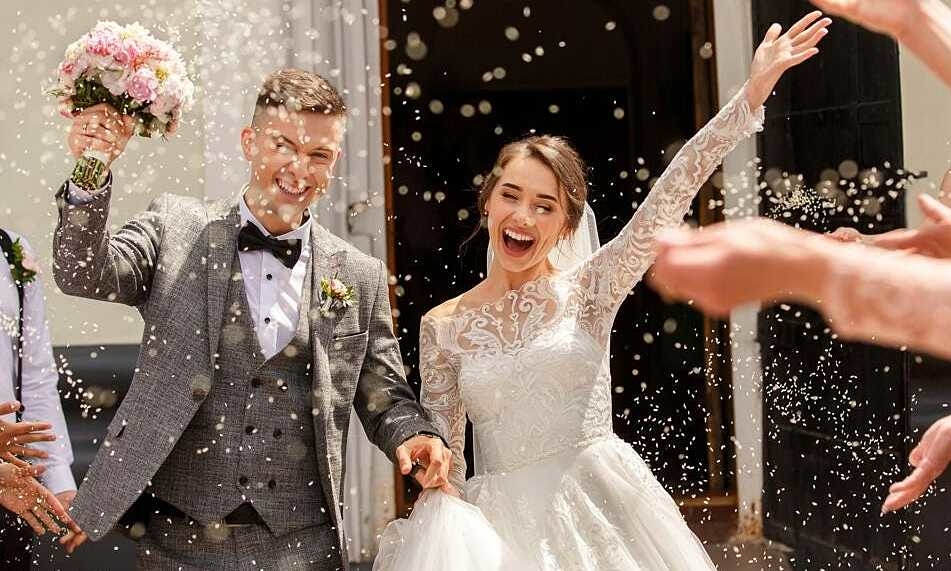 Not only love is the premise of marriage, nowadays many close friends or strangers men and women come together for parenting or economic purposes.

After ending their relationship in 2019, Jay Guercio felt feelings for his best friend Krystle May Purificato. They were married in 2020 and later adopted children. The marriage of two girls seems unusual in society.

Thousands of years ago, hunter-gatherer marriage was an expansion of productive forces and a certain resource, according to Stephanie Coontz, author of the book. Marriage history.

Then there is the time of arranged marriage to maintain family status or strengthen the clan, develop a business. However, “marriage without love” was only popular since the 18th century under feudalism, patriarchalism made a woman completely dependent on her husband.

“The introduction of education and career opportunities for women in the 1970s, along with the legalization of same-sex marriage in several countries afterward, marked the turning point for marriages,” Stephanie said.

To this day, the term marriage continues to evolve and take on many different forms.

When Matt, husband of Marsi Hubbard, was offered a job in Denver, Colorado, USA, she chose to stay in Dallas to send her youngest daughter to an art high school. Initially, the separation was only temporary, but four years later there is still no date of reunion.

Journalist Vicki Larson, co-author of The New “I Do” These relationships have become popular with older people, especially women.

Dr. Shawntres Parks, a marriage and family therapist in Upland, California, says meeting your own needs makes for a successful relationship. Ms Marsi herself admits extending time apart can be difficult, but she finds “there is a wonderful balance when a couple is clear with each other, in each other’s best interests”.

From the outside, they look like families where parents love each other, but in reality this relationship exists only because it involves children. The form of co-parenting marriage is appearing in European countries.

This arrangement eliminates guardianship battles and family fragmentation and shifts the focus to providing a stable and loving environment for the children. That is not to say that the emotional connection between these couples is not strong. They may allow the other to have extramarital affairs, but commit to always going home together.

Although children are a prerequisite, these couples do not necessarily separate once the children grow up, but can still live together as companions and possibly co-grandparents later on.

Parks said, whether civil or religious, many traditional marriages still involve two people, rooted in love and a commitment to be together until their last breath. In these long-term partnerships, the couples will be co-parents and share the finances. The success of a marriage is largely based on the time couples spend together and upholding the roles they agreed to take on from the get-go.

Today, the husband and wife relationship is no longer in the form of a working person, a housewife taking care of children. It can be one person who cooks, cleans, who takes the children to school and both work together to take care of the family.

Some of Parks’ clients are maintaining open marriage, which is often stigmatized for being against monogamy. This pattern appears not so much in unhappy couples, but mostly in people who don’t believe monogamy is the only way to get married.

Often pairs will establish a rule for this relationship. A spouse may agree to seek only sex or romance while traveling, as long as it does not interfere with the family. The key is to come to an agreement and stick to it.

Marriage today is no longer about what we need in a partner but more about what we want in a relationship. This is the premise for the birth of pure friendship marriages. This type of marriage is ideal for asexual people, like Jay and Krystle.

The combination of the two helps them get many benefits in taxes, buying a house, raising children. Two best friends also understand each other, know how to handle relationships and work together towards common goals. Krystle still has a girlfriend, and the marriage is still going strong.

Financial marriages are all about practicality. “The two combine because they believe they will have a financial advantage,” Parks said. For example, marrying someone with health insurance, big investments, or a wealthy family, even using the other person’s wealth to build your status.

Another modern model of marriage is starter marriage. It’s exactly what you hear: Two people get married, then get divorced, and then marry someone else.
In most cases, the purpose of ending a starter marriage is to move on to another life of better status or finances.

“Some people marry for personal gain. They want to go to a new country, or elevate their status. When the first person responds, they move on to another person who is capable of giving them many things. more,” said Parks. And according to experts, this type of marriage is more common than we think.