3rd seed Alexander Zverev experienced “nightmare” moments against Ugo Humbert in the 2nd round of the Halle Open. The opening set, the French player forced Zverev into the tie-break series and excellently won 7-4.

Entering the second set, Zverev gradually regained his composure, he won the break point in the second game before forcing the opponent to hang up the racket with a score of 6-3. However, that is all that the German player can do in this match.

The decisive set, not only saving a break point, Humbert also excellently broke one of Zverev’s serve games, thereby winning 6-3. The match ended with a score of 2-1 in favor of Humbert (set score: 7-6, 3-6, 6-3). Entering the 3rd round, the French player will face Sebastian Korda.

Thus, after Daniil Medvedev (1st seed), Roger Federer (5), Roberto Bautista Agut (6), the Halle Open continued to bid farewell to the third seed Zverev. Notably, all four of these players are in the same bracket.

Against an opponent more than 100 places ahead of him on the ATP rankings, Murray started quite well, with two times causing Berrettini to save the break in game 2. However, the British player could not save 3 break-points in game 5, then down 2-4 after 6 games. 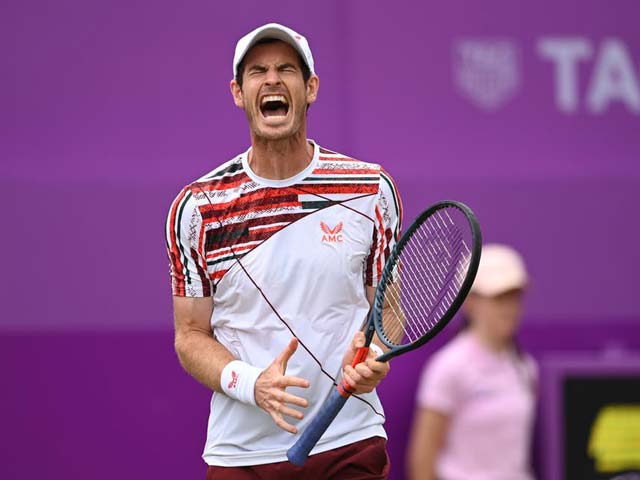 In game 9, Murray continued to play the loophole and let Berrettini win another break, going to win the first set with a score of 6-3. This is a set that saw Berrettini have up to 10 aces, while Murray did not have a direct serve.

Set 2 witnessed Murray’s efforts, but the British player lost the break too early in the second game and then let the opponent lead 3-0 quickly. Murray had a chance to break the game in game 6 but Berrettini played sober and saved 2 break-points. This set Murray made 4 aces and received 4 more aces. The match ended after Berrettini won white in game 9, going to a 6-3 victory in the second set, and 2-0 in the end.

In the third round, Berrettini will meet another English opponent, Daniel Evans, who also won 2-0 in the second round against Mannarino. Rafael Nadal will not compete at Wimbledon and the Olympics because of fitness problems.