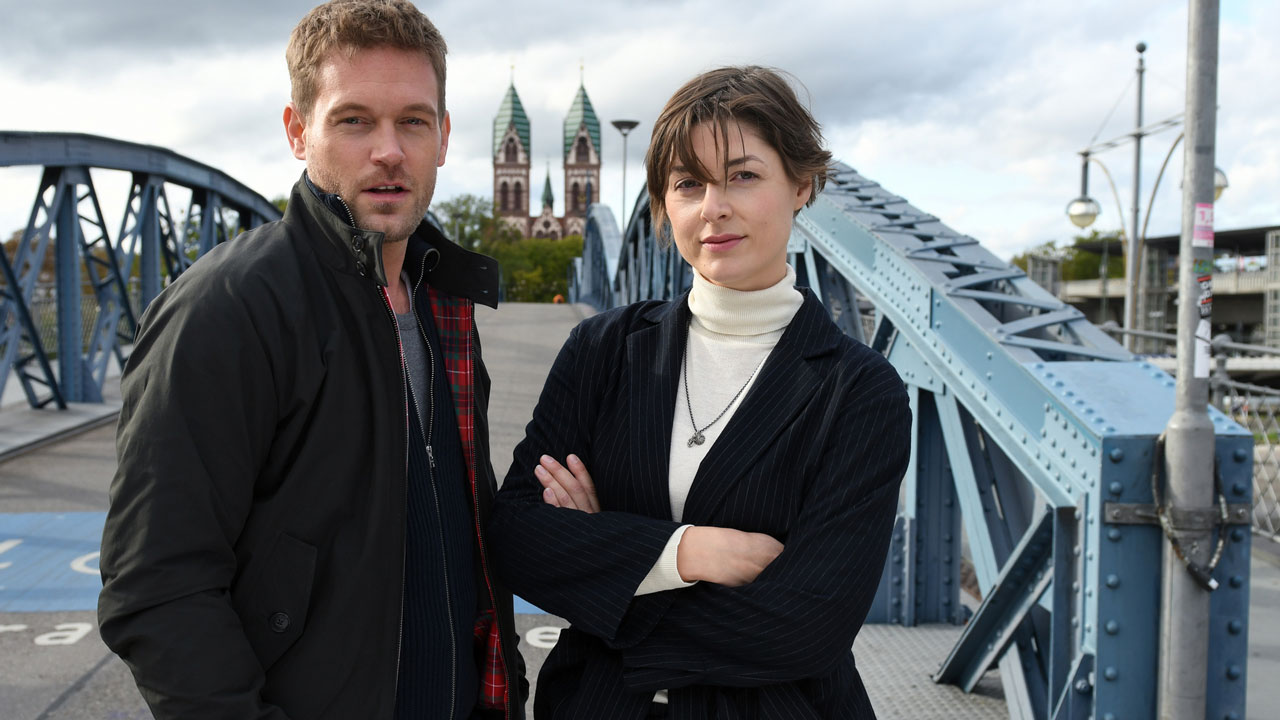 New thriller from the “Breisgau”!

To broadcast the pilot episode of “Breisgau – Bullenstall” we now have a great offer for you as part of the eBay charity auction in favor of “A Heart for Children”. Acquire a special set prop – a suitcase with costume jewelry. The little treasure chest comes from a pawn shop that plays an important role in a criminal case.

Do not miss this special opportunity on eBay and get the great fan souvenir from “Breisgau – Bullenstall”.

Chief Detective Tanja Wilken starts her new job on the Freiburg homicide squad. The very first case brings her into a moral dilemma: the death of a journalist who researched a story about suspicious events in the Freiburg-Süd police station. Ironically, at Tanja’s new job.

Tanja is also warned internally: There is a colleague responsible for compliance in the Freiburg police. And Tanja whispers that idiosyncratic structures have developed in the Freiburg-Süd police station. A clandestine organization, which is led by a double head: by district manager Dorette (Dorothea) Danzeisen and her nephew, chief detective Dennis Danzeisen – Tanja’s investigative partner.

The charming chief inspector seems very interested in the attractive, reserved Tanja. In general, the newcomer receives an extremely warm welcome from her new “family”, whose motto seems to be: “Unity, helpfulness, loyalty”. A concept that, on the one hand, exerts a strong attraction on Tanja, who is sailing through life as a north German single sailor.

On the other hand, the journalist’s death reinforces her suspicion that her new colleagues have something to hide. Dennis, Henriette & Co. may not run their business in their own pockets, but they take from the (criminal) rich and give to those in need. A kind of Robin Hood 2.0 in the Black Forest? The policewoman in Tanja says: No way! Tanja in the policewoman says: How, if not so?

Torn between duty and inclination, between career and karma, Tanja struggles with herself: should she let Dennis and his clan blow up? Or should she give in to the temptation to let herself be taken into a family embrace and lead a life beyond honesty, correctness and order?

One thing is clear: it won’t be the last case that Tanja and Dennis solve together in Breisgau.