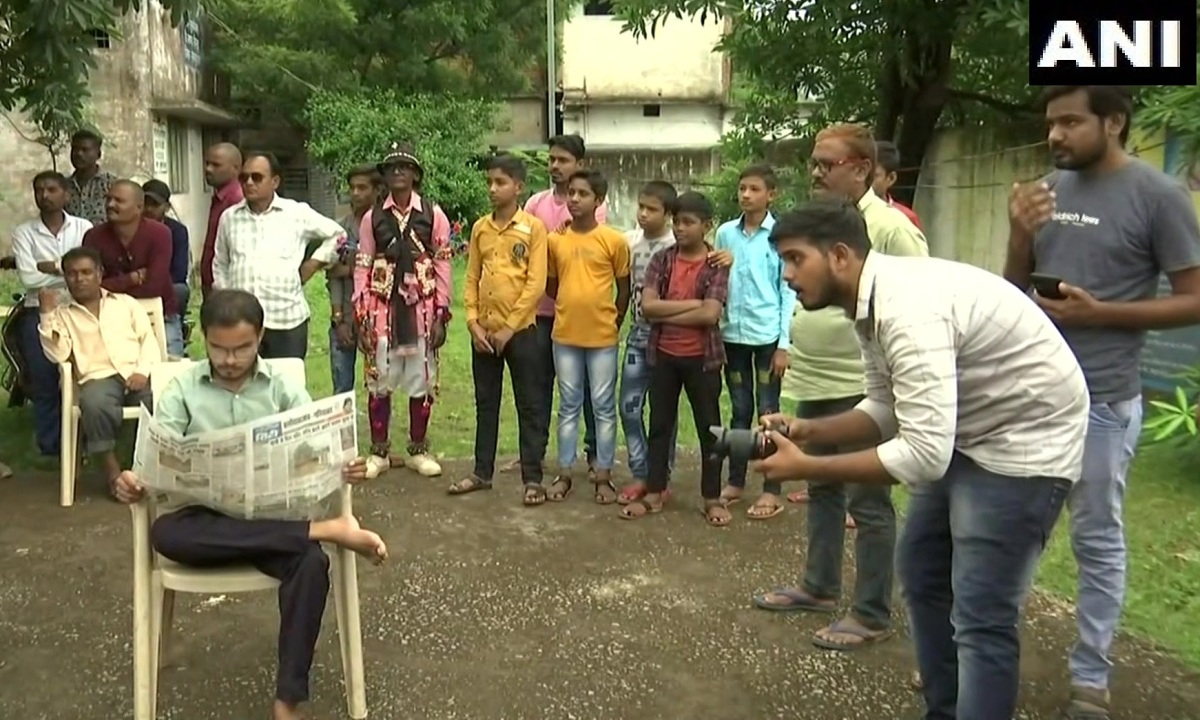 IndiaTulsi is known as “the YouTuber village” because about 1,000 of the village’s 3,000 residents specialize in making videos for a living.

One day at the end of August, in front of the temple of Tulis village, one saw a group of more than a dozen people arguing animatedly. They are not discussing a local festival or worship work, but are preparing the script for a comedy video to be posted on Youtube. Such meetings are increasingly common in Tulsi, which is labeled the “village of comedians”.

“If you throw a stone at Tulsi, you can hit a comedian, maybe even more,” said one person who made a humorous comparison of the main occupation of Tulis villagers.

The trend of creating content through videos is not new, but it is rare to find a place with as many video makers as the village of Tulsi, with about 1,000 people. Many of them are farmers, but when they learned that they could double or triple their income from making videos on Youtube, they decided to change careers.

Five years ago, Gyanendra Shukla and Jai Verma were the first in the village to quit their jobs as network engineers and teachers to make videos.

“I worked at SBI before as a network engineer. Because I loved making videos, I decided to quit my job to start a new job,” said Shukla, 26, co-founder of Being Chhattisgarhiya channel. .

At first, Shukla and his partner had difficulties because of their fear of cameras and were afraid to act in public, but gradually they overcame them. Today, 40% of the village’s 3,000 people make videos for YouTube and make a lot of money.

“We are proud that our village is known as the birthplace of comedians. The oldest actor is 85 years old, the youngest is only 7 years old, all of them are good actors but have not had the opportunity or background. suitable platform to demonstrate skills,” said the 26-year-old.

Actor Pyare Lal Verma, 60, expressed his joy at following his passion. “I never thought I would have the opportunity to be famous across the state. Most of the roles I take on in the videos are a funny, witty old man,” Mr. Pyare said.

Jai Verma, another content creator at Tulis, says that people started making videos for YouTube, then Tik Tok and now series. “I used to be a Chemistry teacher, got a master’s degree, earning Rs 12,000-15,000 per month, but now I’ve raised Rs 30,000 – Rs 35,000 just from videos. Most of my earnings will be invested in buying machines. photography, filming equipment and preparation for new projects.

Pinki Sahu, 24, studying at a local college, proudly claims to have more than 12,000 followers on Instagram. “People all over the state follow me because of the unique dialogue in the videos. I found a new world on Instagram,” the young woman said, adding that it is not difficult to see from the elderly to the young. in the village can record video with smartphone.

Rahul Vastukar, 24, a photography editor, started learning editing in 2017 through YouTube tutorials and can now edit an hour-long film. The cost of editing a simple video is about 2,000 rupees (590,000 VND).

In the face of fierce competition as the number of content creators increases, the villagers of Tulis still claim to be addicted to acting and wish to produce more videos. “We can do anything for acting. Acting is our first and last love, instead of just focusing on the number of videos released and views,” said Gyanendra Shukla.