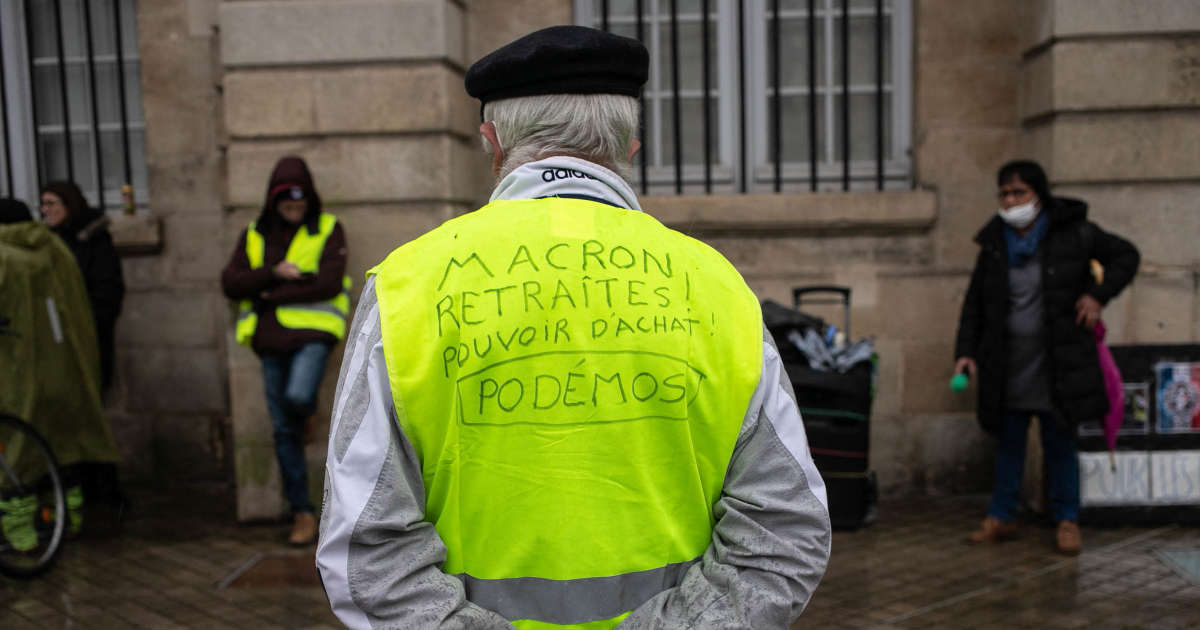 Thousands of people gathered in the streets of several cities in France, Wednesday, July 14, to express their dissatisfaction with the expansion of the health pass, announced by Emmanuel Macron on Monday. And among this crowd, several “yellow vests” were recognizable.

Almost three years after the appearance of the popular protest movement, can the “yellow vests” re-mobilize while the health crisis continues? Not for the moment, estimates the sociologist and director of research at Cevipof Jean Viard who answered the questions of the “Obs”.

Can the “yellow vests” take advantage of the opposition to the health pass to revive?

We must not confuse the demonstrators at the beginning of the movement supported by public opinion and those at the end who are a small, violent, dangerous and undemocratic minority. In my opinion, we cannot speak of “yellow vests” today. Perhaps the opposition to the sanitary pass will bring out in the street some “yellow vests” of the end of the movement. But it will not be comparable to the early gatherings.

The ” yellow vests “ are a deep movement in popular circles that rejected a society that had forgotten them. Most of the “ yellow vests “ lives in peri-urban or rural France. Most have houses with gardens and have experienced the pandemic much better than working-class areas in cities and suburbs which do not have outdoor spaces. The ” yellow vests “ are not as violent as they were a year or two ago.

Can the movement gain momentum with the implementation of the unemployment insurance reform?

In a society, the greatest social movements do not take place in times of crisis recovery. There will be a new social movement in France when we are out of this pandemic. When the growth will be very strong. At the moment, we are wondering how unemployment will increase, if companies are going to shut down. There is no ground wheat at the moment. We are in a period of recovery but we have come down so low with the health crisis that we cannot be in a phase of acceleration of the economy. At that time, social tensions will appear and break this phase of acceleration of the economy that we expected.

For what reasons can they arise?

There are two types of tensions that can be rekindled at this time. Those related to open files that were not closed by the pandemic with immense social negotiations. And those from sectors that will evolve because we are in the midst of upheaval in our economic model. It is clear today that diesel engine factories are going to close everywhere, for example. As for foundries. This can lead to conflicts as people risk losing their jobs.

Macron’s slap in the face of justice: “I saw his sympathetic gaze, I was filled with disgust”

I think even next year people are going to want to be protected, to vote for someone they trust. We are in a period of protection and not in a revolutionary period. Although a reform is being put in place, I do not think that the citizens will start a social movement.

Do you fear new social tensions at the start of the school year, a few months before the end of Macron’s five-year term?

There will be skirmishes in the coming months but no major social tensions. We are in negotiations. The government is going to invest money again. France is in debt of 505 billion euros, it may well be in debt of 20 billion euros more. When we are in times like this, we give back money. It calms the conflict.