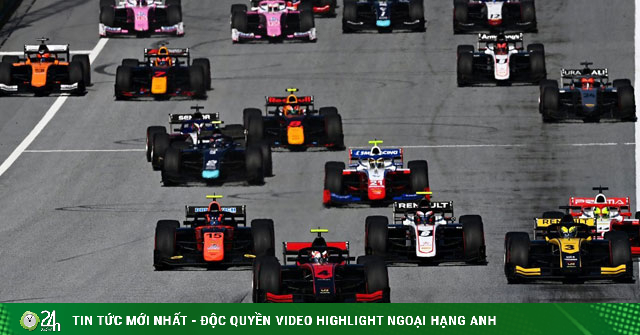 (Sports news, F1 racing news) Along with Formula 1, lower form Formula 2 and Formula 3 have also “finished” successfully this 2020 season. In an effort to reduce the cost of organizing these two races in the coming years, the organization of the F2 and F3 races from 2021 will be significantly changed. In addition, another racing format will also be supported by F1 from next year.

F2 season in 2020 has officially ended after the Sakhir GP race took place over the weekend. Mick Schumacher won the championship title this year after a choking race against his direct competitor (with Ferrari youth academy), Callum Ilott.

Mick ended the season after 12 races (24 races), taking 2 wins and another 8 podium, earning 215 points. So the Prema Racing team has won all four titles of both F2 and F3 prizes – 2 team titles, the F3 individual title for Oscar Piastri (Australia) and the F2 title for Mick.

Since 2021, the F2 and F3 prizes, belonging to the “Road to F1” system, have agreed on a change plan to better control the organizational budget. Specifically, the cost of renting engines and parts will be significantly reduced, along with costs related to logistics and transportation.

The organizers (BTC) decided to keep the car design for the next 3 years with F2, starting from 2021. The 2019 F3 car design is likely to be maintained for the next 4 seasons.

Another factor that directly affects the cost is the number of races per season. So the BTC thinks that the most effective way to reduce spending is to reduce venue but keep the total number of races intact. Currently, two races will take place at each F2 and F3 venue, but from 2021 this number will increase to three. The child’s patterns will have big changes to cut costs

To achieve that, F2 and F3 will not be able to hold the same race weekend with F1, as it is impossible to arrange up to 6 races in an already very busy schedule. Therefore, F2 and F3 will take turns participating in the F1 races.

At F2 2021, the season will begin at the end of the 2020 season, the Bahrain international race on the weekend of March 26-28. The tournament will take a break for nearly 2 months before the start of the tour in Europe in Monaco on May 20-22.

The next two destinations are Baku, Azerbaijan (June 4-6) and Silverstone, England (July 16-18). It was followed by a 2-month break before two races in September in Monza, Italy (September 10-12) and Sochi, Russia (September 24-26). The season will end in West Asia at the end of November and early December with a new race on the streets of Jeddah, Saudi Arabia (November 26-28) and Yas Marina, Abu Dhabi (December 3-5). ). Meanwhile, the F3 will include 6 races in Europe and lower the curtain in Austin, USA – the racetrack first visited – on the weekend of 22-24 October. The season opens at a familiar destination, Catalunya-Barcelona, ​​Spain May 7-9. After nearly 2 months, there were two consecutive races at Paul Ricard, France (June 25-27) and Red Bull Ring, Austria (July 2-4).

The first weekend of August (30 / 7-1 / 8) is the 5th leg in Hungaroring, Hungary, followed by Spa-Francorchamps, Belgium and the new racetrack marked the return to F1, Zandvoort, the Netherlands. visits at the end of August 27-29 and September 3-5.

In order to streamline the 3 races format per Grand Prix, the race weekend schedules of both tournaments have been changed. From 2021, the 45-minute Free Practice test run and the 30-minute qualifying run will remain for F2 on Friday, but on Saturday there will be 2 Sprint Races – 120km or 45 minutes / race – while Feature Race 1 hour / 170km long will change to held on Sunday, before F1 race.

At F3, there will be a Free Practice and 30 minutes of qualifying run on day 6. Race 1 and Race 2 take place on Saturday and Race 3 takes place on Sunday morning. F2 and F3 ranking runs to determine the starting position for the Sunday race (Feature Race – F2 and Race 3 – F3). Thus, in each race F2 and F3, a maximum racer can receive up to 65 points, up from 48 points in the 2020 season. Tire supplier Pirelli will also adjust the number of tires for each race weekend. Each F2 driver received 6 sets of smooth tires in dry conditions (4 optimal sets for race and 2 optimal sets for qualifying) and 3 sets of rain runs for each race.

This figure for the F3 is respectively 5 sets of smooth tires and 2 sets of wet road tires (1 set more than the current one).

Thanks to the gap between F2 and F3’s organization schedules, the W Series, the women’s singles single-seater race, has become F1’s support mode for eight races in 2021. W Series staged a successful first season in 2019 but this year was canceled due to the COVID-19 pandemic.

The decision to cooperate with F1 helps the tournament to grow and improve the quality of expertise in the future. The W Series will participate in the F1 races in 2021

The 2021 season is scheduled to start on June 26 at Paul Ricard racetrack, France; followed by 3 races in July respectively in Austria, UK and Hungary. Belgium and the Netherlands were the last two destinations in Europe on August 28 and September 4 before the tournament moved to North America with COTA racetrack, Austin, USA (October 23) and closed the curtain at Mexico City ( 30/10).

Hopefully the presence in the world F1 racing will help talented female racers grow up and be given greater opportunities in their racing career.

* All 2021 schedules above must be approved by the World Motorsport Council (WMSC) and subject to the actual developments of the COVID-19 pandemic. 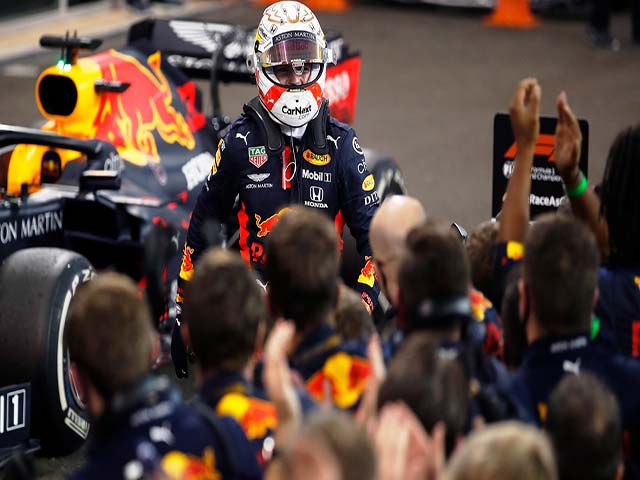 (Sports news) The 2020 season can be said to continue revolving around Lewis Hamilton and Mercedes, but in the final leg in Abu Dhabi, …