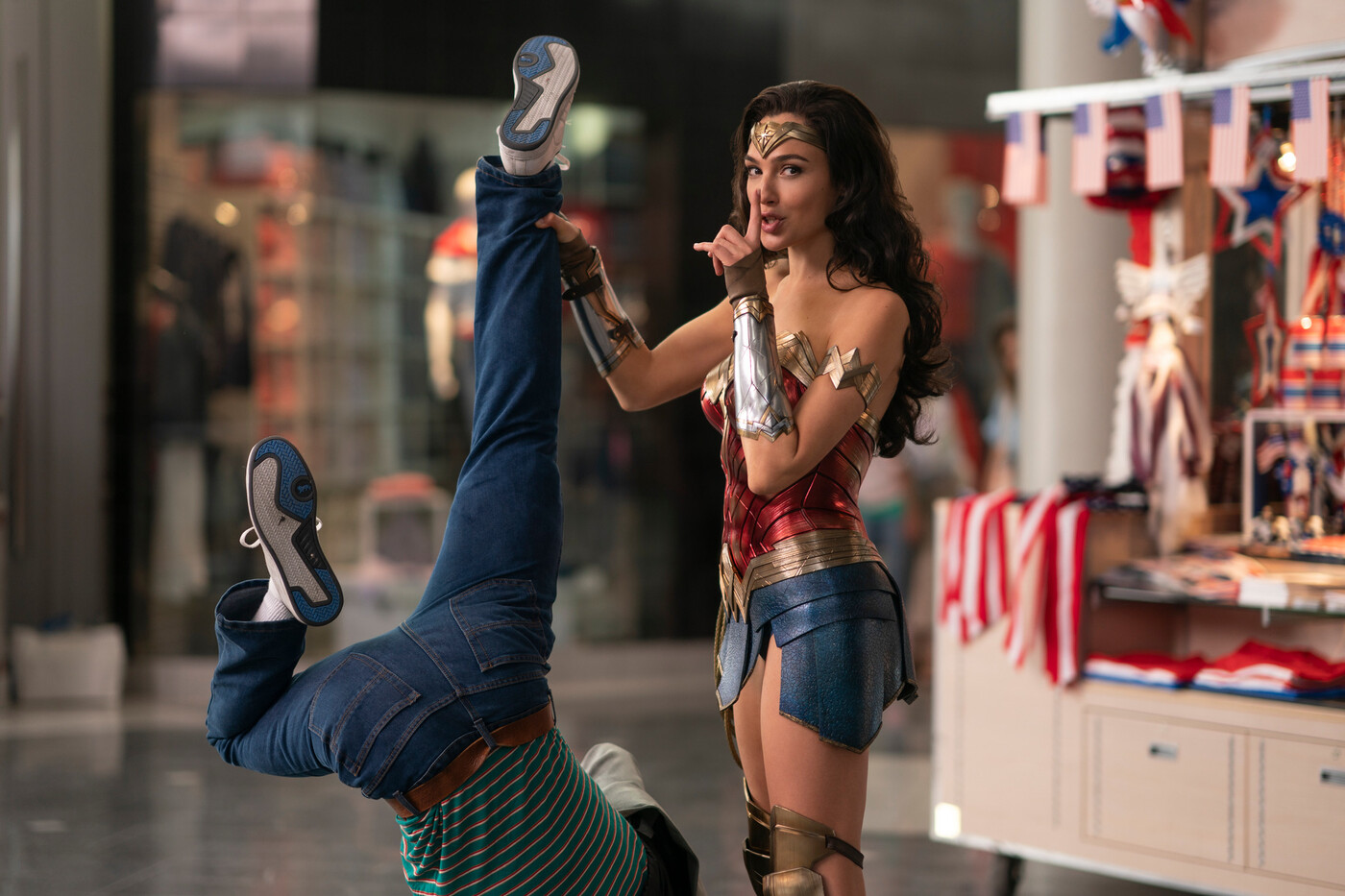 In the manly universe of superheroes, Wonder Woman stands out. On the bill for two films, the Amazon created in 1941 by DC Comics magnifies a conquering femininity, but not only. Wonder Woman 1984, a film postponed several times due to the health crisis, which has just been released on video on demand and DVD, illustrates this originality. He takes up the thread of Diana Prince’s adventures after Wonder woman (2017). With Gal Gadot in the title role and Patty Jenkins in the direction, this first film confronted the modern world with a character born in Greek mythology, in a joyful culture shock.

Princess of the Amazons and a woman committed to peace

Immortal Diana, daughter of the Queen of the Amazons, then left her island cut off from the world to put an end to the First World War (nothing less!), At the call of the American pilot Steve Trevor. With his naive imagery, the resplendent beauty of Gal Gadot, the humor of his love games with the pilot played by Chris Pine and the poignant foray into the trenches and the ravaged villages of the front lines in 1918, this first Wonder woman was a great success for Warner / DC, seen by 2.17 million people in France.

Wonder Woman 1984 change of era to evoke the flashy Reagan years. Diana Prince is confronted with an arrogant, vulgar, conquering businessman and media man. Maxwell Lord (Pedro Pascal) uses a complexed scientist, Barbara Minerva (Kirsten Wiig), to access a magical artifact that will give him all power over others. The scientist, then endowed with powers that allow her to take revenge on men, turns into a monstrous creature, Cheetah. Wonder Woman is slow to fight them because the magic stone granted her dearest wish by bringing her fallen lover back to life …

Comedy at the mall

Less surprising and less invigorating than the first part, WW 1984 looks at itself as pleasant entertainment, with colorful charm and distanced humor. A comedy scene in a shopping center, during which the heroine cheerfully abuses a gang of hostage-takers, while reassuring a little girl with her eyes, illustrates this intention well. The romantic treatment of a night flight of the two lovers reunited in the middle of a sky lit by fireworks, offers another strong moment in images, of a beautiful slowness, much more interesting than the inevitable final castagnes: Wonder Woman is no longer here stopping WWI with her bare hands.

The DC heroine also imposes a welcome femininity in Zach Snyder’s Justice League. The first version of Justice LeaguIts release in 2017 had escaped the notice of its director who got to show his vision: darker, four hours long, it ultimately turns out to be disappointing and inferior to the original film. But Wonder Woman still enriches her luminous character. Encouraging little girls in the blink of an eye – «you can be whoever you want! “-, she builds a saving sorority with Lois Lane (played by Amy Adams) and Martha Kent (Diane Lane), a key trio by her humanity.

Wonder Woman demonstrates strong moral standards in a world that lacks rules. She’s the only one who pits ethical questioning against Batman’s utilitarianism, determined to bring Superman back from the dead because the Justice League needs him to fight evil. She also remains the only one to call the superheroes Batman, Cyborg, Flash and Aquaman by their first names, Bruce, Victor, Barry and Arthur. Beyond their powers, it alone defines their human identity.

DC / Warner’s Amazon is more convincing than Marvel / Disney heroines: Captain Marvel, monolithic, or Black Widow, ambiguous. With Gal Gadot, well served by a haunting musical theme signed Hans Zimmer, she found an ideal performer. His sober playing, his striking beauty, his solid silhouette evokes, in the feminine, John Wayne in the films of John Ford: heroic, speaking little, acting strongly. And his magic lasso, less belligerent equivalent of the colt, brings a rare jubilation. Offered by the goddess Hestia, this lasso forces one to speak the truth and forges the pop mythology of a powerful woman: kitsch without a doubt, obviously opportunistic, but ultimately inspiring.

1941. Wonder Woman / Diana Prince was created by William Moulton Marston for the American comic book publisher DC Comics. Warrior goddess, daughter of the Queen of the Amazons and Zeus, she is part of the Justice League of America with Superman and Batman.

“Marie Trintignant”, on Arte: a mother’s tribute to her daughter

“Adieu Paris”, at the table of the old cabotins

“A young girl who is well”, life and nothing else

“Les Promesses” and “Municipal”: politics come to the big screen