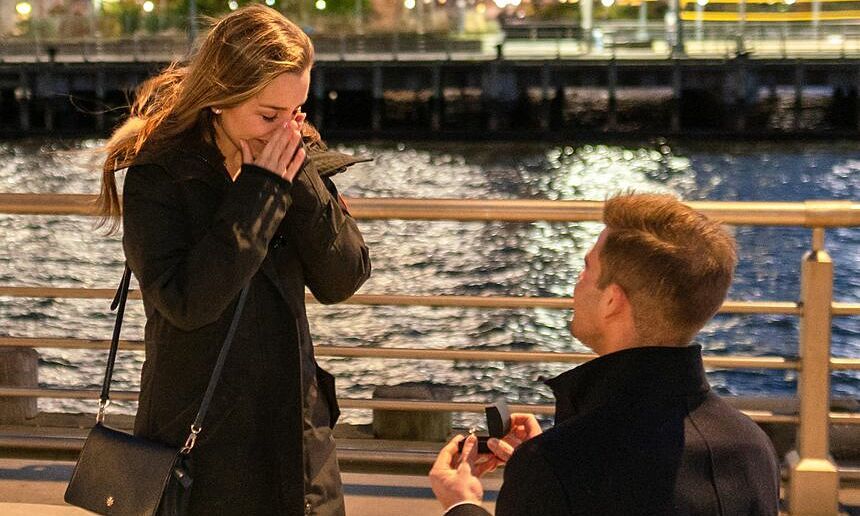 Research shows that either delaying marriage until the age of 30, or marrying early without ever cohabiting, reduces the risk of divorce.

The new marriage standard for American men and women is to get married around the age of 30, according to the Census. Many young people believe that getting married near the age of 30 reduces the risk of divorce, and in fact there are many studies that support that belief. For example, a 2015 study by sociologist Nicholas Wolfinger, of the University of Utah, found that women who married “too early” (mid-20s or earlier) were more likely to break up than homosexuals. The marriage is close to 30 years old.

A recent study also found an interesting exception. Based on marriage and divorce reports from more than 50,000 women in the US National Family Growth Survey (NFSG), the researchers found that women who married early were not at risk of divorce, if they did. never lived together before marriage.

In fact, married women between the ages of 22 and 30 who were not cohabiting had the lowest divorce rates in the NSFG study. In contrast, 70% of women who live together or have multiple partners before marriage, increase divorce if they get married early and reduce divorce if they do this before 30 years of age.

This finding contradicts the current belief of most American adults, who believe that cohabitation is a good way to assess the quality of a partner and relationship, thereby improving the quality and stability of the relationship. later marriage.

However, recent studies show that Americans living together before marriage are less happy and more likely to go to court for divorce. Looking at the marriage histories of thousands of women across the country, the researchers found that cohabitants were 15 percent more likely to get divorced. A 2018 study by Stanford University, USA also showed that the risk of divorce was twice as high for women who cohabit with a non-future husband.

“We often think having more experience is good, but more experience in love seems to be the opposite, as it is related to later having a less happy marriage,” says psychologist Galena Rhoades, University of Denver explains.

Rhoades’ research suggests that one of the reasons is that previous cohabitations can provide husbands or wives with breakup experience, so they are more likely to seek this exit when the relationship is current. in difficulty.

Having a history of living with different partners also causes them to compare in a way that reduces the value of the current husband or wife. “Your husband David can be a responsible and reliable mate, but not as funny as Will or as sexy as Nate, the two other men you lived with before marriage. Always keep that in mind. such comparisons when you’re married can eat away at your marriage,” Rhoades said.

Newlyweds Joey and Samantha Paris, who live in Dallas, said their peers were surprised when they got married at the age of 24 without even living together. Song Joey said: “Cohabiting often makes my friends worry more about their relationship after they get married. I think that’s partly because the attractiveness of marriage has lost because in the eyes. cohabiting has ‘eaten up’ all the benefits of marriage,” he said.

Joey and Samantha had a very different experience. “I was amazed at the beauty of the mundane, like cooking together, doing laundry together, decorating together for Christmas, not to mention spending the night together,” Samantha said.

Researchers are still uncertain why young women who marry in their 20s without cohabiting have the lowest divorce rates. Is it less of a breakup experience, fewer previous spouses to compare with, or a deeper sense of marriage?

But one thing is clear: If you’re a young woman thinking about getting married but worried about divorce, research shows you don’t have to wait until you’re 30, as long as you find a good partner and Do not live together until after the wedding day.