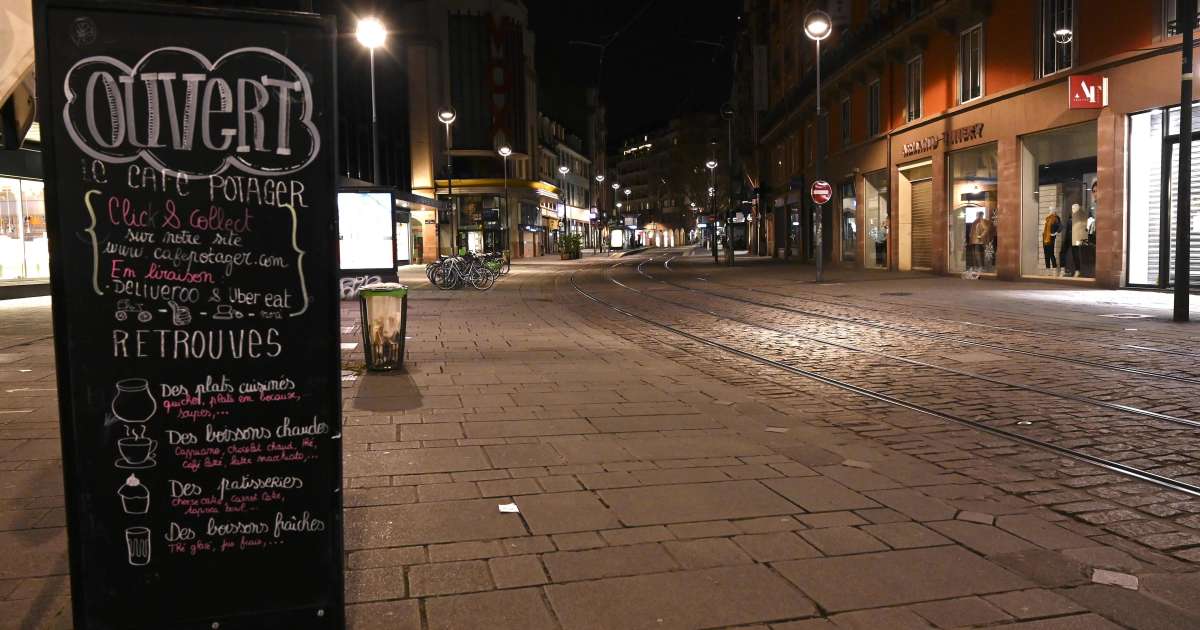 Advance the curfew from 8 p.m. to 6 p.m.: a real headache for the traders concerned. This measure taken by the government to try to prevent a possible epidemic rebound of Covid-19 could be extended to all of France. The hypothesis should be discussed Wednesday, January 13 during a health defense council.

Antoine Flahault: “It is possible to implement local vaccination in France”

The traders already concerned had to adapt, as best they could. In Pontarlier in the Doubs, where the curfew was brought forward on January 2, Lydie runs the Le Chalet cheese dairy. Contacted by “l’Obs”, she explains that now “The majority of orders are made by email or telephone in the morning”. She then prepares them in the afternoon and the clients come to pick them up. “They manage and organize themselves to adapt” at the new curfew. She ensures that her business is not really impacted by this progress, because she has loyal customers who do not want to do without cheese. “It is a comfort to eat cheese, to taste raclettes and fondues” they assure Lydia, all the more so in this period of epidemic and extreme cold. The shopkeeper also sometimes sends the orders by post.

“Nobody is going to order a burger at 5 pm”

But the 6 p.m. curfew is not experienced as well everywhere in the country. In Dijon, in Côte-d’Or, where it has been applied since Sunday January 10, Jean-Bernard runs a restaurant, the Bistrot Burger, ideally located in the historic center of the city. “I have left my restaurant open since the start of containment thanks to delivery platforms and take-out”, the restaurateur has thus managed to maintain a suitable activity. However, things have changed with the new curfew.

“People came to pick up their orders after work, especially those within a radius of 600 meters. With the curfew, we can put an end to evening take-out sales. No one is going to order a burger at 5 p.m., pick it up half an hour later, and eat it in the evening at 8 p.m. “

Besides the fact of “Draw a line on” take-out sales in the evening because no one has the right to go and get food during curfew except “Those who will defy the prohibitions”, Jean-Bernard especially hopes that delivery people will continue to be authorized to deliver. The restaurateur recognizes that, thanks to these delivery platforms, “We are not the worst off. Food trucks, on the other hand, risk being strongly impacted ”, he concluded bitterly.

On the Toulon side in the Var, the curfew has just been brought forward this Tuesday, January 12. Matthieu is the co-founder of the Seagale clothing store near the bus station. And from this Tuesday evening, it will have to close earlier. “It’s unfortunate, but that’s how we changed the schedules. We will open earlier in the morning ”, he explains. This has never been done before “It’s a big question mark for us, but we don’t believe that people will change their habits so easily” to go to buy clothes early in the morning.

As for the winter sales which will start on January 20 instead of January 6, ” it’s worrying “, says Matthew. “Usually there is a real effervescence at the beginning of the year and there it is platonic” he adds. What he would like is for the sales to start “As soon as possible to launch them before re-containment or further restrictions”. Matthieu would also like it to be possible to open on Sunday because “The curfew reduces the time slot of stores, so this additional opening day would be a solution to compensate for the lost hours”.