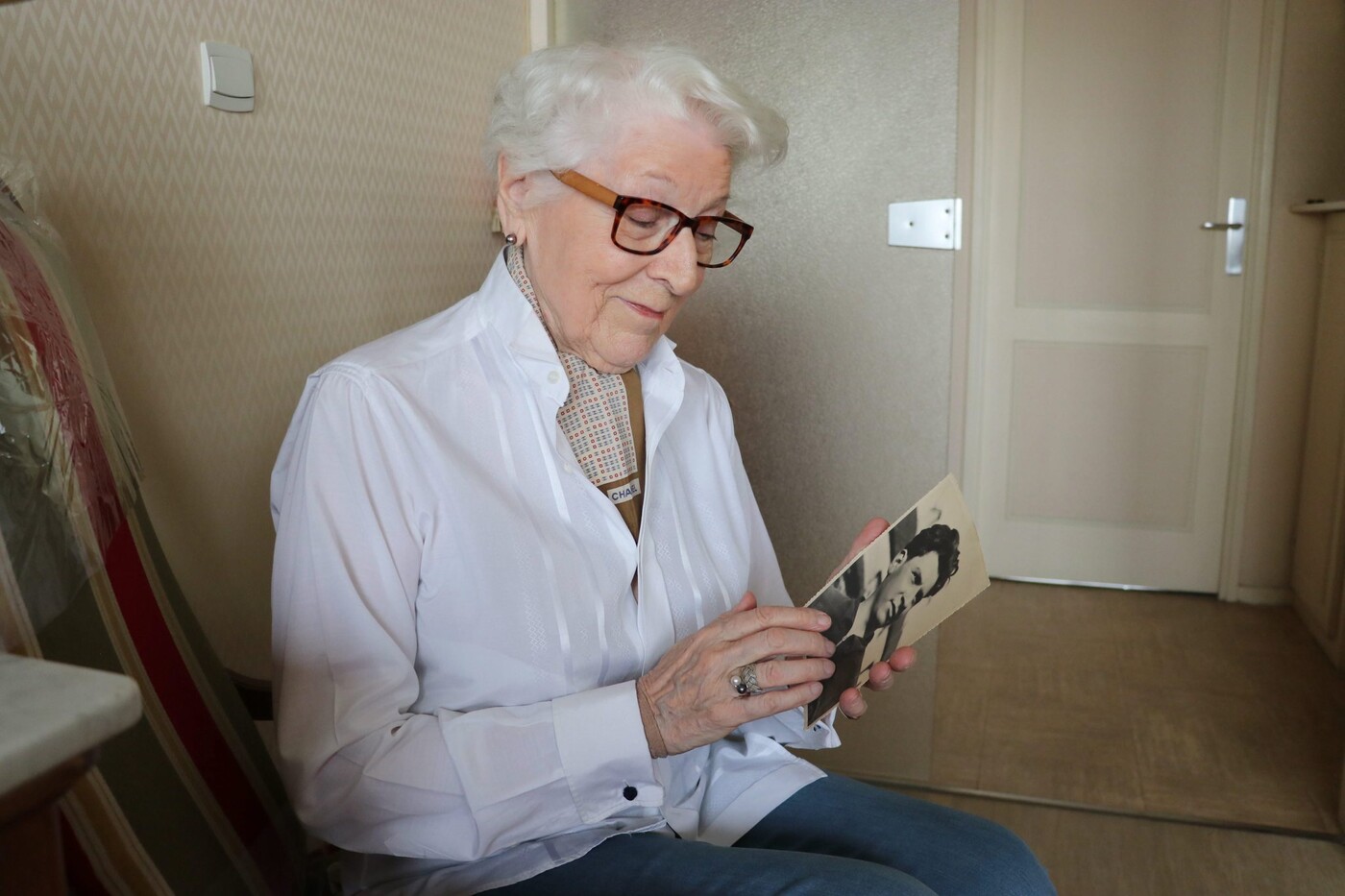 On her 92th birthday, Colette Marin-Catherine was awarded an Oscar for the film that bears her name at the 93rd Academy Awards in Los Angeles on April 25. A wink from fate, and a fair reward for the short film Colette, which, in 24 minutes, powerfully recounts the deportation of his brother Jean-Pierre in 1943.

Directed by the American Anthony Giacchino, produced by the French Alice Doyard and broadcast by the British daily The Guardian (1), Colette highlights the importance of intergenerational transmission. This is made possible by passers-by of memory and history buffs like the high school student Lucie Fouble, 17 years old.

→ MAINTENANCE. “We must more than ever transmit this memory to young people”

This short film is overwhelming. As much by the depth of the feelings that Colette shares on the screen, as by the painful loss of her brother, still present seventy-four years later. Jean-Pierre was “A tall, handsome guy, who appealed to girls, who was charming and brilliant”, as described by Colette Marin-Catherine, her voice broken.

Deported from Caen at the age of 17 for having joined the Resistance, Jean-Pierre was interned in the Dora concentration camp in Nordhausen, in central Germany, a partly underground factory in which 60,000 deportees built bombs. V2. Jean-Pierre Catherine died there of exhaustion on March 22, 1945, three weeks before Allied troops liberated the camp.

For the one who has always refused to “To do morbid tourism” in the labor or concentration camps, the time had come to pay homage to his brother. “I know very well, when I cross the border of Germany, inevitably I will not be the same anymore”, recognizes Colette. Arm in arm, the very elegant old lady and Lucie Fouble, the history buff student, walk along the ruins of the KZ (“Konzentrationslager”) buildings in Dora. “In the research we found that he slept in block 7”, explains the high school student. Photographic archives, in black and white, of men with shaved heads and emaciated faces, piled up on the ground on straw, lift the heart.

Under a somewhat fierce air, her hermetic barricade against sadness, the nonagenarian lets a few tears slip. The affection and friendship between Colette and Lucie grew stronger as this journey, a difficult pilgrimage. “I’m a little overwhelmed by the horror, admits the former resistance member in a blank voice. Do you realize that Jean-Pierre ended up in there? “, she blurted out, gazing at a dismal brick building, her color, with an enormous square fireplace in the center.

The importance of recounting these broken destinies

Portraying the heroes of the Resistance was crucial for filmmaker Anthony Giacchino, who had in mind a series of portraits of WWII veterans. In 2017, he contacted the co-director of this short film, and together they went to the D-Day landing beaches, where a tourist guide spoke of the family history of one of his friends, a former resistance member, named Colette.

→ READ. World War II at the height of a child

Straightforward and without artifice, the documentary looks back on a life shattered by barbarism during the war among many others and on the difficulty of mourning. “This award and this film are a tribute to women of all ages, all over the world, who join hands and fight for justice”, greeted Alice Doyard. Applauded in Los Angeles, she was also applauded by President Emmanuel Macron, from whom she received a “Big thumbs up”. For Colette, although trying, this memorial journey on the big screen celebrates the heroism of her brother and, by recalling his memory, testifies for the younger generations.