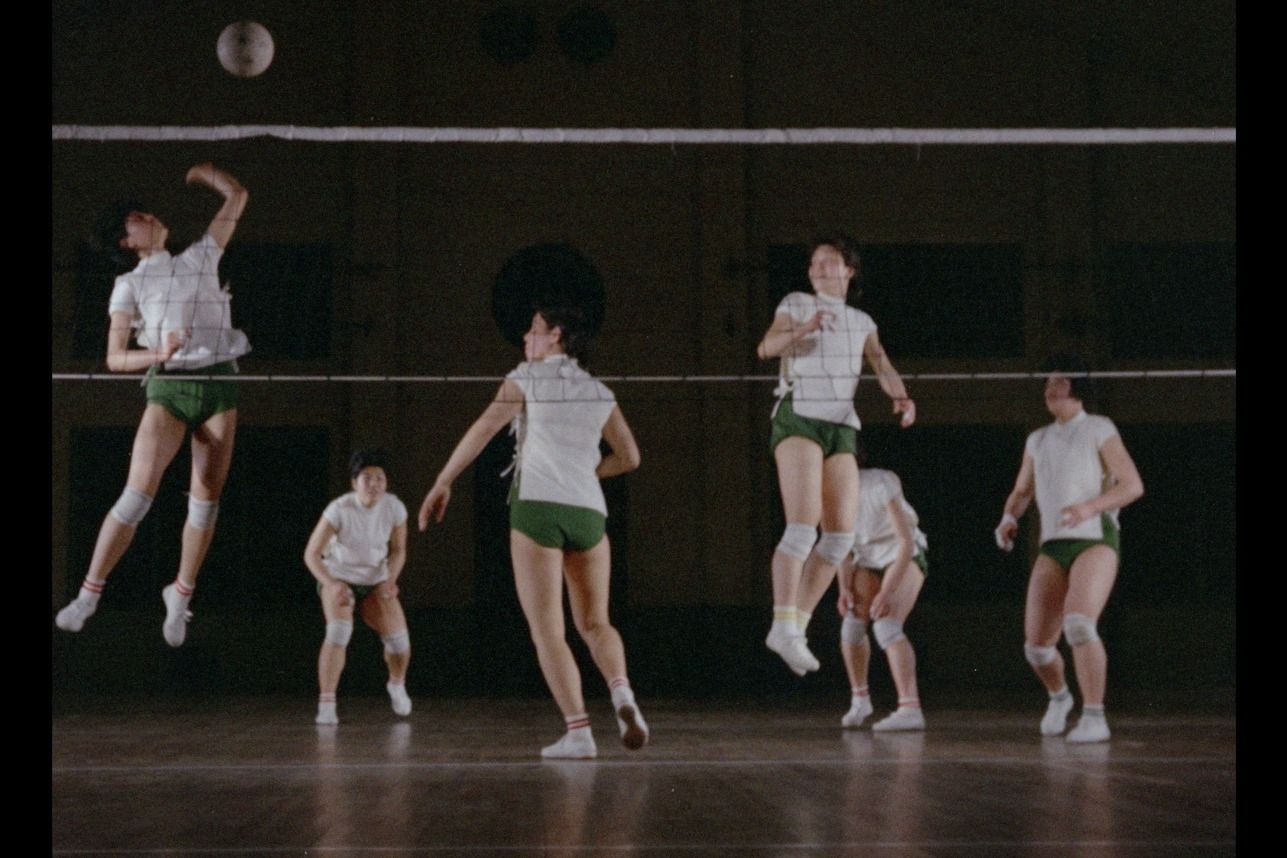 Witches of the Orient ***

Their determination fascinates. Their strength of character is frightening. The Witches of the East are an exception in Japanese sport. Simple workers in a textile factory, they became world champions in 1962, won the gold medal at the Tokyo Olympics in 1964 and ended their epic in 1966 after winning 258 consecutive matches.

By making this documentary, Julien Faraut brings these volleyball players out of oblivion into which they fell outside of Japan and makes them rediscover their unique journey, by going to meet them. The Frenchman began a long journey to find the players and managed to collect the testimony of five of them, now aged 73 to 83.

Volleyball entered the lives of these women thanks to Hirofumi Daimatsu, their coach, who had been asked by the management of the textile factory to set up a team whose workers would be the players. From then on, Daimatsu imposed draconian training on them, every day, before or after their work in the factory and the results arrived very quickly. The team developed an innovative playing technique that quickly made them the best in Japan, then the world.

From history to cartoon

By mixing archive images and shots, Faraut moves away from the classic documentary-reportage and makes Witches of the Orient, nickname of the players, real heroines of cinema. The training sessions, the matches, the moments of joy and pain are told by those who have lived them. They deliver delicious anecdotes about their careers and demonstrate unparalleled humility. Japan is very fond of stories of heroes starting from nothing reaching the top by their sheer strength of character. This is exactly what happened with these players.

Their epic will inspire many manga and cartoons where volleyball is present from the 1970s. It is thanks to these cartoons that the story of the Witches attracted the attention of Julien Faraut, who recognized drawing in their game. animated by his childhood, Jeanne and Serge, broadcast on French television at the end of the 1980s: “It was fascinating to discover that these cartoons known to almost everyone were inspired by a true story unknown to everyone! “, enthuses the director.

→ BENCHMARKS. At the Tokyo Olympics, more urban and feminine disciplines

During matches, he uses another series to create a montage never before seen in the cinema. These are two key sequences of the film: the final of Japan against the USSR at the 1962 world championships and that of the 1964 Olympic Games. To give them rhythm, the director mixed the retransmission of the real match and its reproduction made in Attack n ° 1, a Japanese cartoon directly inspired by the career of the Witches. This skillful process makes it possible to apprehend these sequences with a completely different reading, that of a legend in the process of anchoring itself in Japanese culture for decades to come.