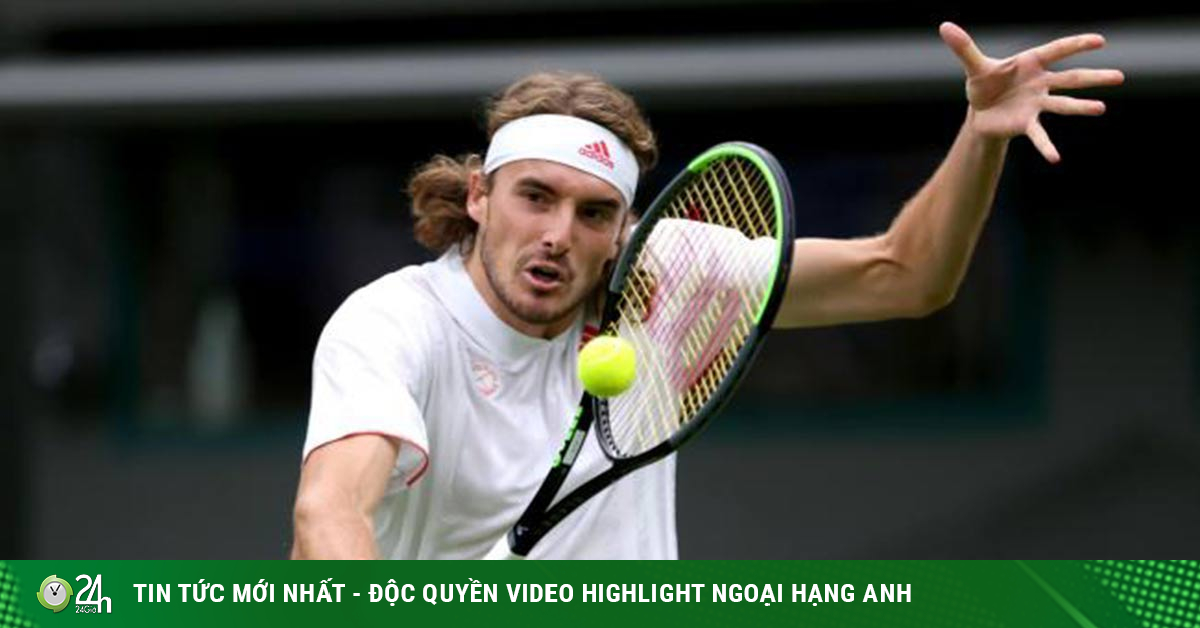 Tsitsipas was eliminated early by Tiafoe

Stefanos Tsitsipas left the Wimbledon playing field early after a surprise 4-6 4-6 3-6 loss to Frances Tiafoe. This was the biggest victory of the American tennis player’s career, as he entered the tournament without being seeded.

Tiafoe controlled the game from the start, taking full advantage of Tsitsipas’ backhand weakness, causing the Greek opponent to make a lot of mistakes. In both the first 2 sets Tiafoe won only 1 break point but maintained his advantage just enough to win the set, and in the 3rd set he not only broke in the first game but also saved 2 breaks before breaking the game. the last time to decide the match.

Postponed some matches because of heavy rain

The weather is not in favor of the first day of Wimbledon this year when it is raining heavily. In addition to the covered central court, other outdoor courts have had to cancel a number of matches taking place today. Specifically, a number of matches such as Dan Evans against Lopez, Buzamescu against Venus Williams or Shapovalov against Kohlschreiber could not go as planned.

In addition, a number of other matches such as Lajovic against Simon, Herbert against Andujar, Ka.Pliskova against Zidansek were also postponed.