(Sports news, tennis news) In the quarterfinals of Wimbledon, Novak Djokovic and Roger Federer will have to face consecutive players who create “seismic” from the beginning of the tournament.

Novak Djokovic beats Cristian Garin in fourth round of Wimbledon

Novak Djokovic’s journey to defend the Wimbledon title is relatively flat. Falling into the easy bracket, the 1st seed was gentle on unknown or low seeded players, losing only 1 set from the beginning of the tournament. In the context of “Next Gen” opponents such as Tsitsipas, Zverev, Medvedev being eliminated respectively, Nole still maintains amazing stability and it is not an exaggeration to say that he is aiming for the easiest Grand Slam in the world. career.

Tonight, Djokovic will face Marton Fucsovics, the only name not seeded to participate in the quarterfinals. However, what the Hungarian tennis player experienced made the experts go from one surprise to another. He in turn overcame Jannik Sinner (seeded 19) in round 1, Diego Schwartzman (9) in round 3 and Andrey Rublev (5) in round 4.

Of course, in terms of the strength of the players in the quarterfinals, Fucsovics is still a “lightweight” opponent for Djokovic. The past confrontation record (Nole won 2 matches) also shows that the Hungarian player needs a miracle to shock Nole.

Like Djokovic, Roger Federer’s way to the quarterfinals was not too difficult. In the most difficult match against Adrian Mannarino (round 1), the opponent was injured in the 5th set and sadly gave up the ticket to “Express train”. The next 3 matches, the Swiss legend lost only 1 more set. After defeating Medvedev, Hurkacz was full of confidence to face Federer

However, Federer’s opponent in the quarterfinals, Hubert Hurkacz is not “a novice”. Yesterday, the Polish tennis player created the most dramatic fourth round of Wimbledon with Daniil Medvedev. The match was postponed because it rained at the time Hurkacz was leading 2-1 but as soon as he returned, he immediately came back to turn the 2nd seed into the audience after 5 sets.

This suffocating victory further helped the Polish player confidently face Federer. Will the experience and bravery of the Swiss legend stop the opponent’s youth? 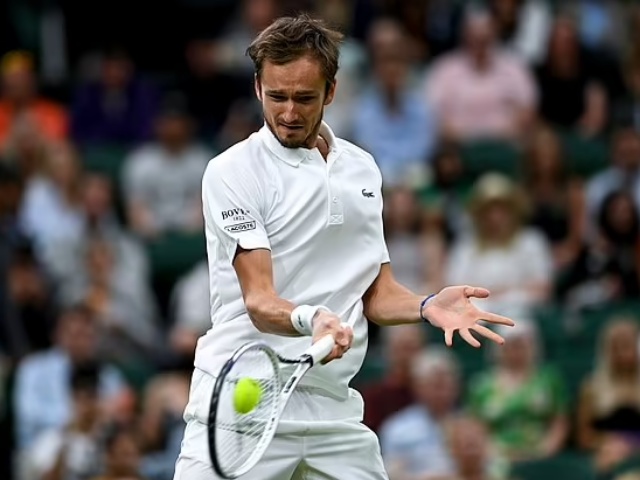 (Video, tennis results Daniil Medvedev – Hubert Hurkacz, round 4 Wimbledon) The sudden rain not only made the match between Medvedev…