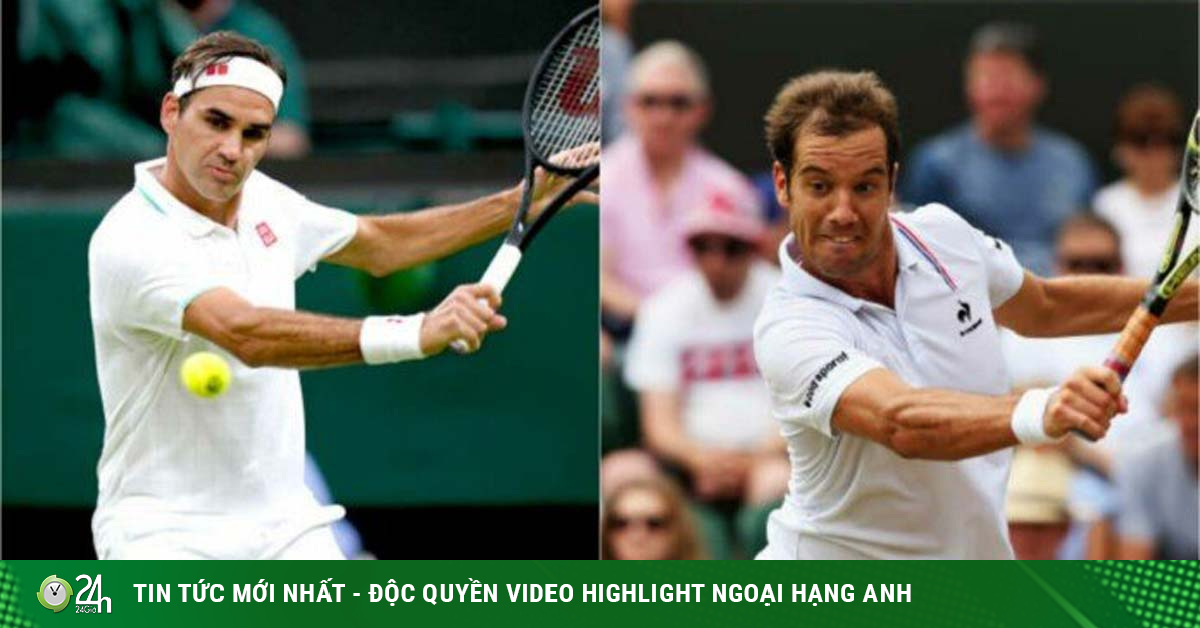 After passing the first round thanks to his opponent giving up, Roger Federer will face a bigger challenge in the second round.

Federer passed the first round with some luck when his opponent Mannarino gave up due to injury, when the score was 2-2. The upcoming match, the Swiss tennis player will continue to face a French opponent, Gasquet, who has an easy 3-1 victory in the first round against Sugita.

Federer passed round 1 thanks to luck

Overall, Federer is still trying to find the best ball feeling and reach his peak form. He still hasn’t been able to play the way he wanted, mainly because of his forehand failures against Mannarino. In total, Federer had 53 winners, including 15 aces, but made 45 mistakes on self-balling.

Meanwhile, there is not too much to say about Gasquet after the match against an opponent outside the top 100 ATP. The 35-year-old tennis player, a two-time Wimbledon semi-finalist, won 42 winners and made 33 self-destructive errors in a match affected by rainy weather.

In terms of head-to-head record, Federer is outperforming Gasquet, the Swiss player who is leading the opponent to 18-2. Federer has won the last 10 matches against Gasquet and has defeated the French player twice at Wimbledon in 2006 and 2007.

Both have gone through the peak of their performance, so the audience should probably not expect the racing scenes in this match, instead, the “technological” displays. Federer’s erratic form is an opportunity for Gasquet and certainly the French player will not miss.

Federer will have to be extremely careful with Gasquet’s one-handed backhand, as well as the 35-year-old’s ability to play on the net. Before Mannarino, Federer had difficulty with durable balls at the baseline and often had to go to the net to win points. But this tactic will likely be difficult to work against Gasquet, who has excellent passing shots.

Daniil Medvedev is ranked as the second seed of this year’s tournament. However, he is not a top candidate for the championship. The Russian tennis player’s ability to hit the grass is not appreciated, although he is a bright face of the Next Gen generation who is expected to be a counterweight to challenge the legendary trio of Djokovic, Nadal, and Federer.

However, Medvedev is still playing hard to prove himself and waiting for a miracle to happen in this year’s tournament. Medvedev’s opponent in the second round will be the Spaniard Alcaraz. If playing properly, it will not be difficult for Medvedev to pass this round. The 2nd seed needs a quick victory to keep the strength for the next rounds that promise to be more difficult and fierce.

In some other notable men’s singles matches, Australia’s “Test Horse” Nick Kyrgios will face Italian G.Mager. 4th seed Alexander Zverev faces American Sandgren, while Japanese player Nishikori will have to overcome J.Thompson in this round.