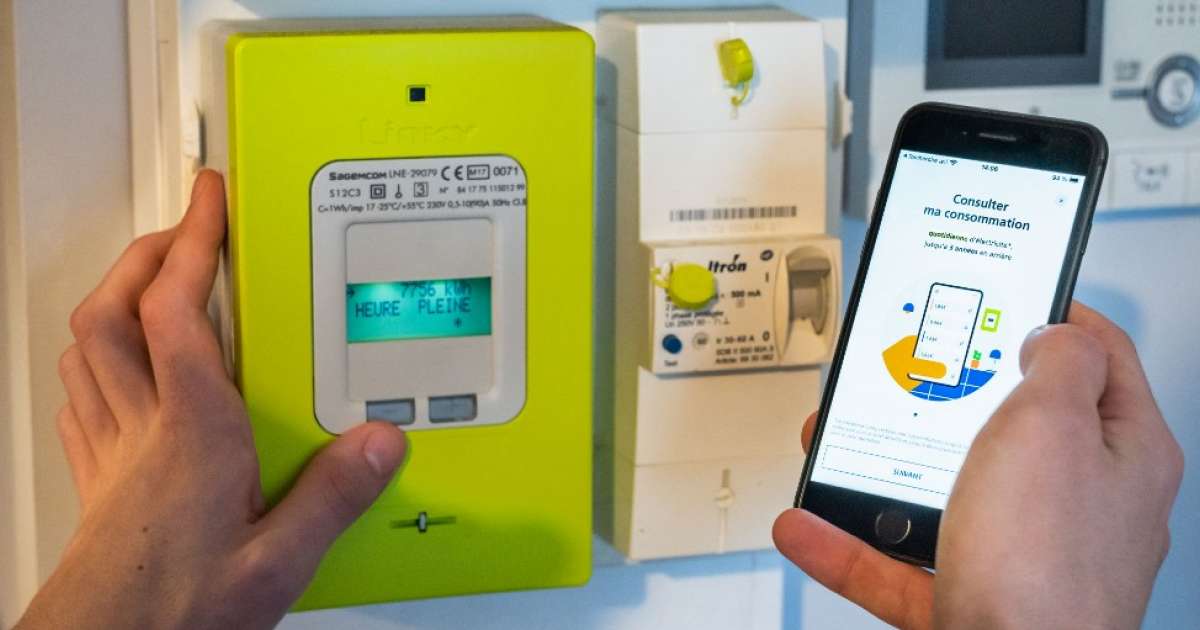 Criticisms against the deployment of Linky connected (or “smart”) meters generally relate to the risks of too precise knowledge of the privacy of its users, or of the electromagnetic waves emitted. But it is a new subject of controversy that raised “the Parisian” on Monday. According to the daily, contrary to what has been promised for ten years, these meters would ultimately not be free for consumers.

On September 28, 2011, Eric Besson, defector of the PS who became Minister of Industry under the presidency of Nicolas Sarkozy, announced the decision of the Fillon government to deploy these new generation electricity meters. And he said then:

“The deployment of the new meter will be free for the consumer. Indeed, according to the study conducted by CRE, the project will be financially balanced for ERDF. In other words, the additional costs associated with deployment will be offset by the productivity gains that they will allow. In this context, the government asked ERDF to fully finance these additional costs. “

Eric Besson then indicated that the deployment of these 35 million meters represents “An investment of around 4.3 billion euros for ERDF”. In 2014, it will be the turn of Delphine Batho, then Minister of Ecology under the Hollande presidency, to recall that “The cost of deploying Linky must be neutral for households”.

READ ALSO> “It’s not a simple counter”: why they are demonstrating against Linky

Ten years later, this cost rose to 5.7 billion euros according to the Court of Auditors (130 euros per unit, manufacture and installation included) and ERDF, a subsidiary of EDF, changed its name to become Enedis.

Costs “compensated over time by the savings generated”

In his article, “le Parisien” recalls that in its 2018 annual report, the Court of Auditors judged the conditions of the operation “Advantageous for Enedis”, with a “Funding provided by users”. The Court therefore asked the Energy Regulatory Commission (CRE), which defined the remuneration conditions of Enedis, to change the deferred tariff system. “To reduce the cost for the consumer” and modify “Incentive regulation to reduce the maximum remuneration from which Enedis could benefit”. As reported by “les Echos” at the time, CRE had dryly rejected the criticisms of the Court of Auditors.

Today, “the Parisian” explains that if the subsidiary of EDF “Bears most of the cost”, “The sleight of hand lies in the fact that it is not the company that will reimburse the sum strictly speaking, but the consumer, in particular through a mechanism called “deferred tariff” which allows the repayment to be postponed by a few years ”.

This mechanism “Will come into action next year, at the rate of several hundred million euros taken each year from the bill, for a total of 2 billion euros in 2030”.

“No additional cost due to Linky”

Reached by “Obs”, Enedis replied that the Linky program “Generated investment costs borne entirely by Enedis and completely offset over time by the savings generated by the deployment at the end of 2021 of 35 million meters”.

The Energy Regulatory Commission, which defines the Turpe (tariff for the use of electricity networks), tariff paid by individuals and businesses for their electricity bill, in 2014 set the financing mechanism for Linky , explains Enedis.

“This mechanism incorporates a “deferred tariff” which was put in place by the regulator because the savings are noted once the deployment is completed, while the investment costs are immediate. The deferred tariff therefore allows a smoothing and thus avoids generating an increase in the Turpe when the program is deployed and then a decrease at the end. “

“This mechanism neutralizes, until 2021, the difference between on the one hand the tariff which would result from the normal application of the rules for calculating the fee, which would take into account the Linky program, and on the other hand the tariff. which would have been applied if the program had not been carried out. This deferral therefore constitutes an advance made by Enedis, reimbursed by consumers from 2021. “

Enedis assures us this Tuesday that “The forecasts made at the start of the program are well confirmed, the cost savings from Enedis will offset the sums to be paid for the Linky investment. Consumers will therefore not pay an additional cost due to Linky. “

Up to 15 euros more per year? Demented Enedis

However, this is not what the deputy director of networks at CRE, Anne-Sophie Dessillons, says. She explains to the “Parisian that the savings in operating costs of Enedis (with remote readings for example) “Could have a positive impact on the tariff for using the network. Certainly it will not decrease, but perhaps it will increase a little slower than if Linky had not been deployed. “ A conditional and a “maybe” which are not very reassuring … Especially since the Court of Auditors, still in its 2018 report, affirmed that “The deferred tariff will only have partially the effect announced since the tariff will be, between 2022 and 2029, higher than that which would have been applied if the program had not been carried out”.

A “Source close to the file” declares to the “Parisian” that “If the gains promised by this new device are not there, we must not kid ourselves. It is the consumer and no one else who will pay the difference. He can already prepare to take out up to 15 euros extra on his annual bill for the next seven or eight years. “

In the response it sent us, Enedis assures on the contrary that “Consumers will not pay 15 euros more per year for Linky”. There is no doubt that consumer associations and attentive individuals will closely scrutinize the bills over the next few years to find out who is telling the truth.