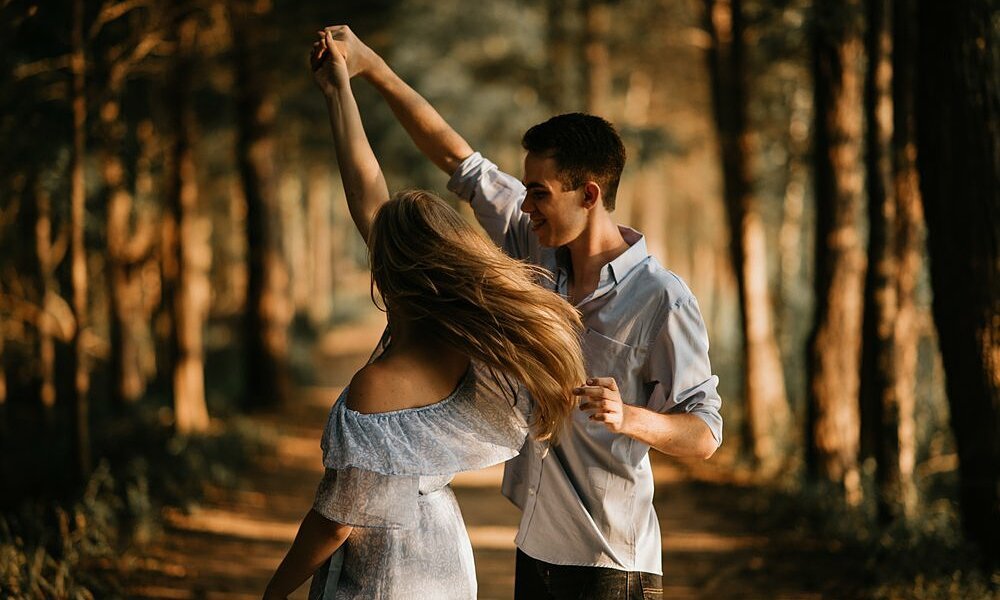 People tend to look for relationships that make them happier and more fulfilled, less materialistic, looking for someone who is willing to help them overcome difficulties and suffering.

Ms. Hannah Miller, from Birmingham (UK) has a strong belief in true love. When she was a child, she heard about seahorses having only one partner, and she also wanted to have such a loyal love.

At the age of 10, Miller met Sam, his sister’s classmate, during a visit to an amusement park. That boy held her hand tightly when participating in adventure games. Even her sister predicted that Sam would be the future groom.

“We always wanted to be together, so why wait? There is no reason to delay getting married, because we are soulmates,” Hannah Miller, 45, recalls and said, after a long time. find out, the two got married on her 20th birthday.

But what is a soul mate?

The Greek philosopher Plato wrote in his Symposium that man once had four arms, four legs, and two faces. He explained that Zeus had divided humans in half as a punishment for pride. And they are destined to walk the earth in search of the missing half.

In conceptual Hindu ideology, man is closely related to the soul. In Yiddish, the term “bashert” (confidant) refers to an ideal or predestined partner in marriage, collectively known as destiny. Even the 13th century Persian poet coined the idea that “lovers may not be able to meet each other, but somehow they are always together”. The love story of Romeo and Juliet in Western literature is an example, when they fall in love and are together in a special way.

The concept of a soul mate can last for thousands of years, but the correct term was coined in the 19th century, in an 1822 letter by poet Samuel Taylor Coleridge: “To be happy in your married life you must have a soul mate.” But Coleridge’s own married life was also unhappy when he married due to social pressure. He and his wife lived separately for a long time before parting.

Despite Coleridge’s inability to find a true soul mate, his ideas persisted and became widespread. Brad Wilcox, professor of sociology and director of the National Marriage Project at the University of Virginia, USA, notes an increase in the attraction of soulmates since 1970. looking for relationships that make them happier and more fulfilled There have been changes from a pragmatic approach to marriage to a soulmate, emotional marriage model in which people have high expectations. psychologically and less physically,” said Professor Brad Wilcox.

But there are many reasons for people to be skeptical of a soulmate of their own. Even many people do not want to go far to find the missing half. The majority of Americans are married to someone from the same state, and 43% of them, married in high school or college.

Bradley Onishi, an associate professor of religion at Skidmore University in the US, believes there is something innate in people who want to believe in soulmates, amid the dizzying proliferation of dating and matchmaking apps. .

“A soulmate promises fulfillment. They say that loneliness is often part of a temporary experience. That one day will make us happy forever, protect us from hurt and bring us back to life. to a meaningful life,” said Bradley Onishi.

But in reality, trying to find a soulmate is not the best way. Research on hundreds of relationships shows that expecting too much of the perfect mate can lead to disillusionment.

“Expecting something too perfect only leads to disappointment and resentment,” says Ruth Micallef, a consultant, who has worked with many patients with relationship difficulties. unrealistic”.

In addition, happy and lasting relationships take many years to cultivate, overcome all difficulties together, and do not require the spouse to become the imaginary husband.

“No one is perfect, so we need to focus on the good points and overcome the weaknesses together. Instead of expecting a love in vain,” Wilcox said.

But not because of that, people lose faith in soulmate love, like the love story of Miller and Sam. They have been married for 23 years and have three children together. “That’s what I’m most proud of. Life is full of uncertainties, but I can confidently say that we grow up together, grow old together and forever be soulmates,” she said.

Minh Phuong (According to BBC)