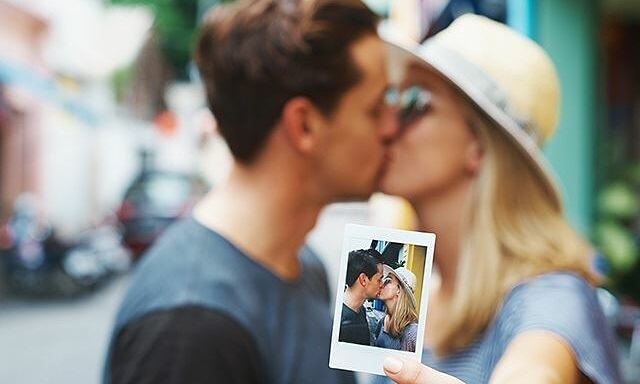 Many people think that the kiss represents love, good luck, to say hello and goodbye. But kissing has many other uses.

Some scientists believe that kissing is an act that must be learned, because about 10% of people in the world never kiss in their entire life. But others believe that this action is instinctive and rooted in biology.

Kissing causes chemical reactions in the brain, including an explosion of the hormone oxytocin – the “love hormone” that stimulates feelings of love and attachment. Research published in the Proceedings of the American Academy of Sciences in 2013 shows that oxytocin plays an important role in helping men bond and stay faithful to their wives or lovers.

As for the origin of the kiss, some scientists have linked a baby’s first tactile contact to breast milk. This action is like a mother bird feeding her cubs. Therefore, a kiss is an intimate and close expression that brings two individuals closer together with non-verbal messages.

For couples who have just met or been in a long-term relationship, the only thing that helps maintain a relationship is the hormone dopamine – the chemical that is released when people do something pleasurable or exciting, such as kissing or spending time with new people. sympathetic person. In particular, the more the body receives this hormone, the more desirable it will be. This can be seen most clearly in newly-loved couples, when most of the time together is to “lock lips”.

If we can maintain the same kissing frequency as when we first fell in love, people will continue to enjoy the benefits of happiness hormones. Results published in the journal Springer Nature (Berlin, Germany) in 2013, showed that couples who maintain the habit of kissing have a higher level of satisfaction and desire to be with each other for a long time.

Besides, some kisses also promote sexual desire. In fact, some people kiss for sex, instead of pure love. In a study of sex differences in romantic kissing, published in Evolutionary Psychology in 2007, the majority of women surveyed said they were less likely to have sex with someone without first kissing. . They also report kissing can ruin your chances of finding a third person. Men point out that kissing is a way for sex hormones and proteins to be produced, making it easier for a partner to accept sex.

In addition to the hormones oxytocin and dopamine that make people feel likeable and excited, kissing also releases serotonin – a chemical that makes people feel good and happy.

It can be said that kissing makes the body feel better, helps people connect and improves relationships.

Minh Phuong (According to Healthline)