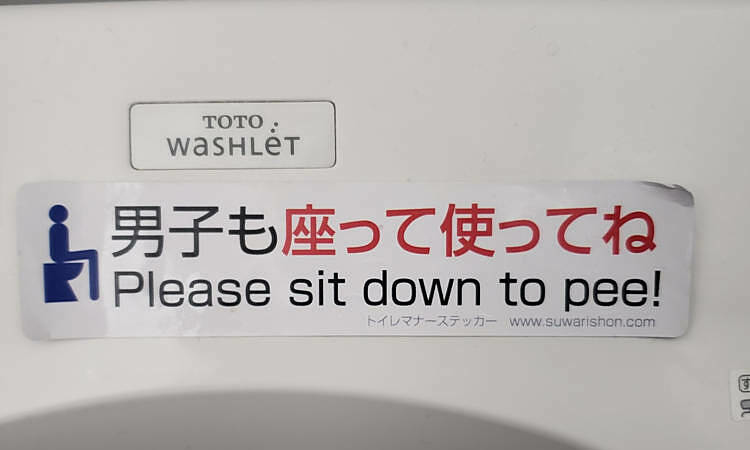 Not wanting to splash urine, causing trouble for toilet workers, more than 60% of Japanese men choose the sitting position to urinate, according to a survey of sanitary equipment manufacturers.

Japan is the country with the most advanced toilet system in the world. These country manufacturers compete with each other to provide all the best features to serve customers. In order to understand customer needs and stay competitive, toilet manufacturers such as Toto and Matsushita Electric Works regularly conduct surveys related to this delicate demand.

Surveys demonstrate the growing popularity of sitting pee among Japanese men, so much so that a term for these men is “suwari-shon”, a combination of the two words “suwari” which means “sitting”. ” and “shonben” means “urine”.

The suwari-shon trend was discovered in the late 1990s and gradually became popular. In 2007, surveys showed that about 40% of Japanese men admitted to being suwari-shon, which is common between the ages of 25 and 35.

About 37.5% of people surveyed explained that this habit formed when they saw urine splashing, about 27.9% were afraid to let others clean the toilet because they were unhygienic. In addition, about 19.3% cleaned the toilet themselves and found this unhygienic, while 16.6% were advised by relatives to sit down.

“Parents raising awareness about good hygiene practices have an effect on boys at an early age,” said marketing analyst Yohei Harada. “The younger generation has a good relationship with their parents. So they will listen if asked to keep the toilet clean,” he said.

Tomoyuki Isowa, a 53-year-old business owner, from Nagakute, in Aichi Prefecture, central Japan, said he was first asked by his son to urinate while visiting home. He was later convinced by television programs of men’s bad habits, including the habit of standing while urinating.

“I also take care of my wife, who always cleans. And I learned that sitting down while relaxing allows me to relax more than standing,” he said.

Some surveys also show that mothers and wives encourage men in the family to urinate to avoid needing to clean the toilet with bleach unnecessarily. Some companies also post reminders, encouraging men to urinate.

Until now, conservatives “tachi-shon” (standing when urinating) believe that sitting will obstruct the flow of urine, contributing to the formation of kidney stones or urinary tract diseases. However, most Japanese men still believe that “sitting is better”.

There is another reason, young people can comfortably use smartphones in a sitting position, so the number of suwari-shon people will increase in the coming years.