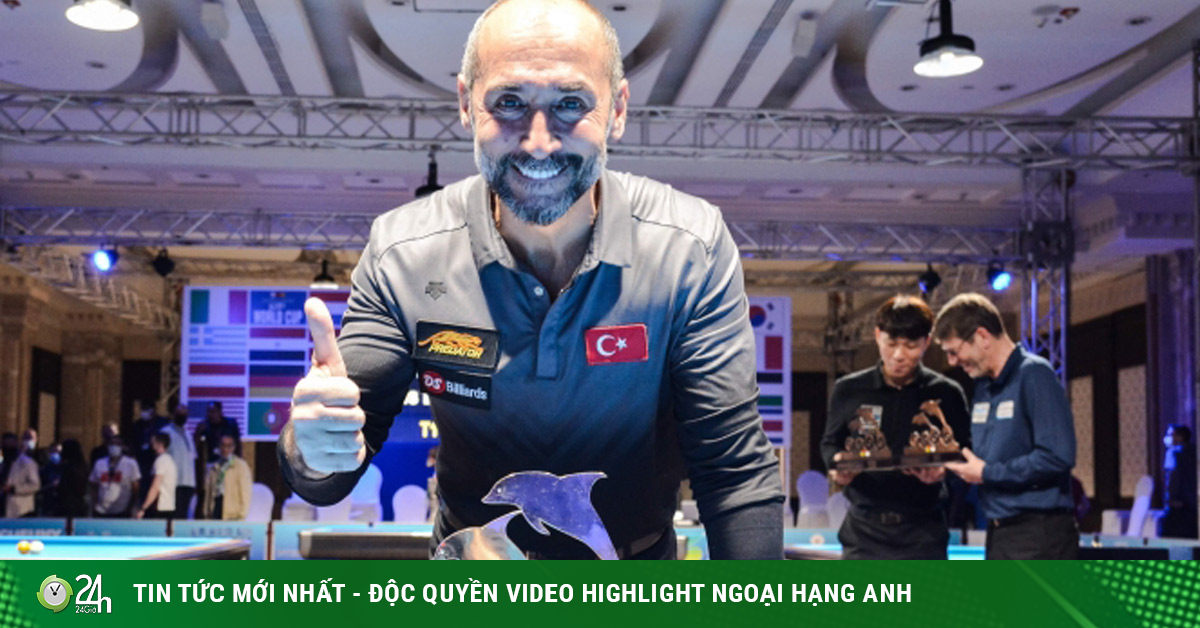 (Sports news, billiard news) “Witch” Semih Saygner has won the World Cup championship after 17 years convincingly with an impressive and eye-catching victory over the reigning world No. 1 Dick Jaspers.

In the final of the Sharm El Sheikh World Cup that ended late on December 4, Semih Sayginer started quite well to lead Dick Jaspers with a 26-13 lead after the first half. At the beginning of the second half, the Dutch world number 1 player immediately responded with a series of scores to equalize the score 34-34.

At this moment, Sayginer exploded with a very eye-catching 10-point muscle line. Especially in this series, “The Wizard of the World Pool Village” performed the famous “Mag Hole” technique that made his name, sending the cue ball running along a picturesque curve to score points. stunned all viewers.

Also in this match, the Turkish player many times made the audience “gasp” before the screen “driving” the master ball like installing a magic control. Confidently performing performance-based, extremely difficult shots in a world final is enough to demonstrate the skill and respectability of this player.

Immediately after the 10-point series, Sayginer continued to launch a 6-point shot to win the final 50-37 after 28 innings, thereby becoming the champion at the World Cup tournament in Egypt this time. 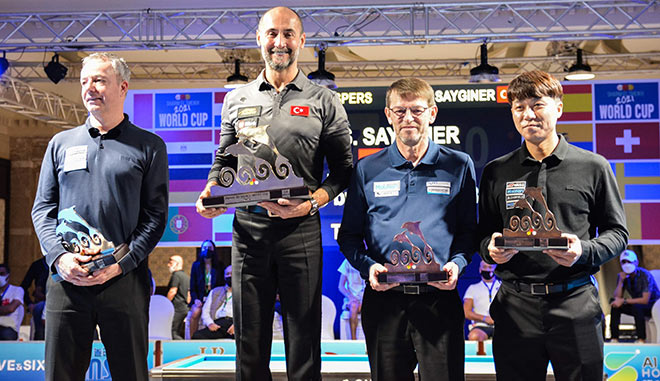 Sayginer celebrated with excitement because this was the first time in 17 years that the 58-year-old player was crowned at a World Cup. His last championship was in 2004 in Greece. This is also the 7th World Cup title in Sayginer’s career, followed by a win at the World Championship in 2003.

The championship was completely deserved for Sayginer when on his coronation journey, he in turn defeated many formidable opponents such as “Belgian goddess” Eddy Merckx, “dark horse” Kim Jun Tae. Particularly impressive was the victory over “World Cup King” Torbjorn Blomdahl in the semi-finals, a match in which Sayginer scored 50 points in just 15 innings, including putting the first half at halftime with only 6 first legs with score 30-12. 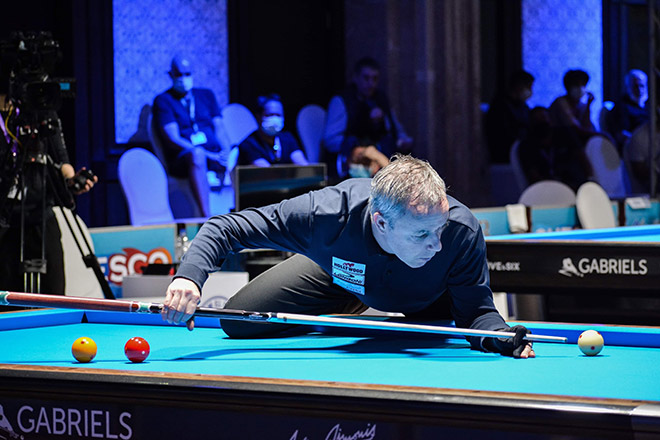 In addition, this title also helps Sayginer rise from 10th place to 5th in the world. Speaking on the podium, Sayginer said: “It’s amazing that I can finally win the World Cup again after so many years, especially when I beat the two greats Blomdahl and Jaspers, who are used to title. I had to fight really hard to keep my spirits up and it’s good that everything is on the right track.”

Meanwhile, Dick Jaspers felt regret when he did not have a good start in the final despite equalizing the score 34-34 later. The number 1 player in the world said that he will have to look at himself when he has lost in the last 2 World Cup finals consecutively. However, Jaspers said the championship deserved for Sayginer given what the opponent performed. 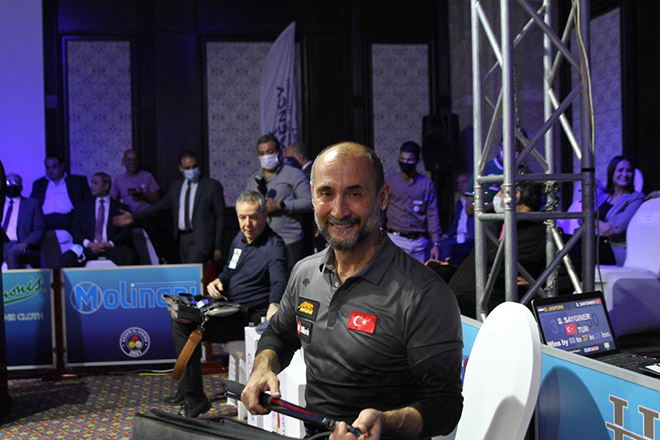 After this tournament, the players will only have a few days to rest before entering the World Championship, the most prestigious tournament of the world 3-band carom of the year, taking place from December 7 to 11 at the same venue. Sharm El Sheikh, Egypt. 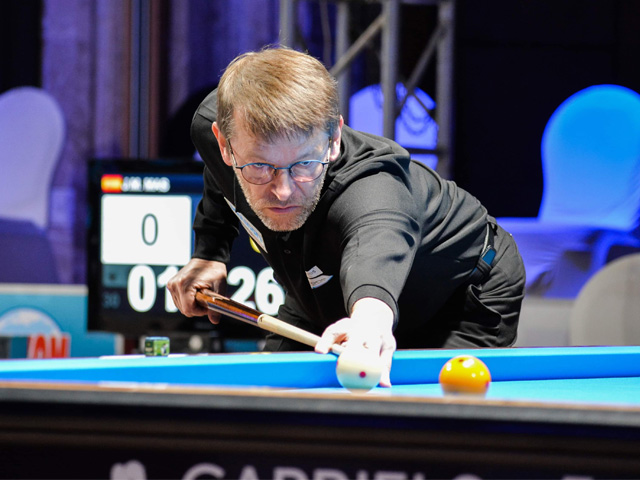