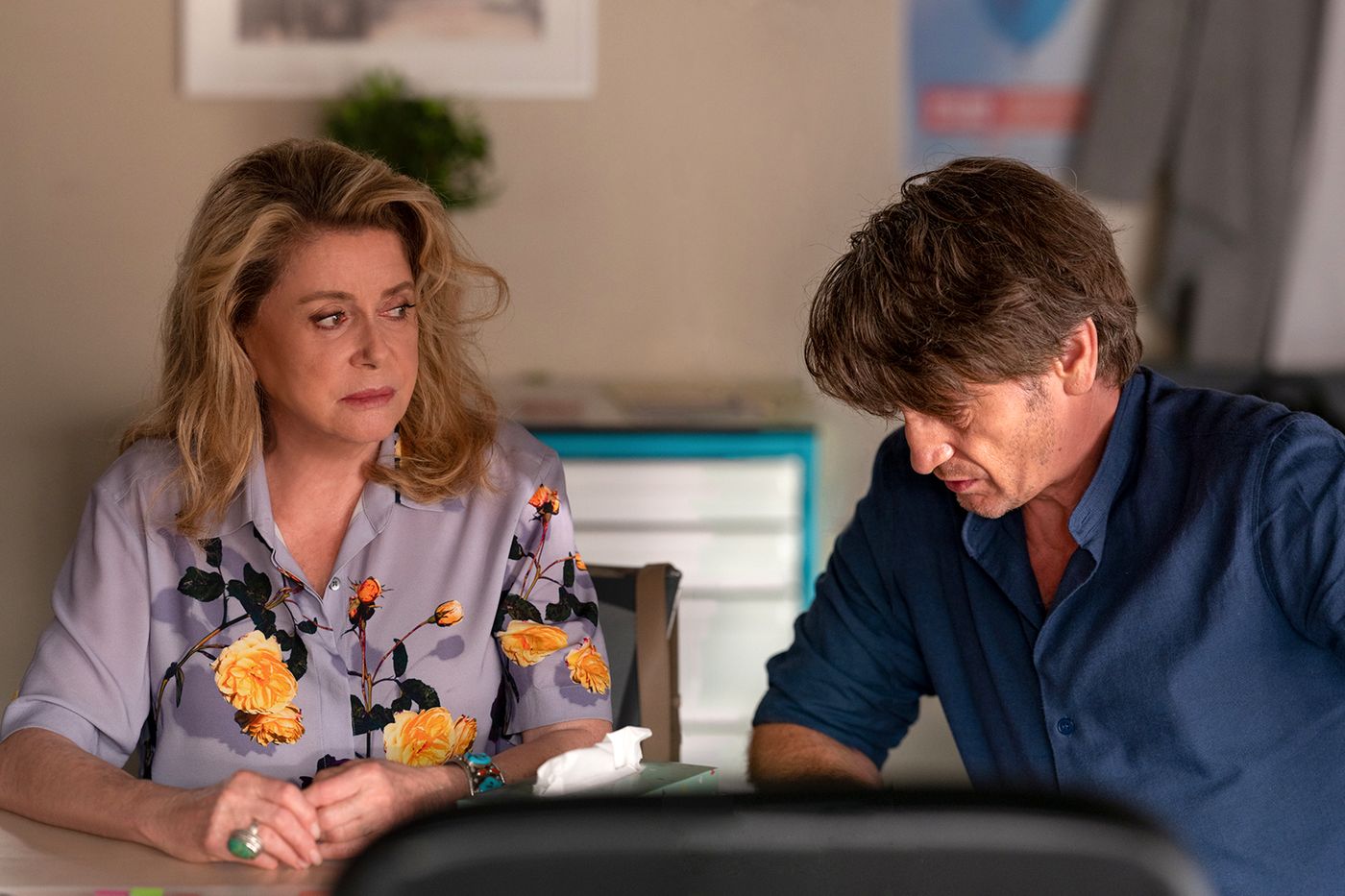 Let’s say it straight away, Emmanuelle Bercot’s film, as poignant as it is, raises a number of questions. The filmmaker is perfectly aware of this and very quickly dismissed, during his presentation at the Cannes Film Festival, the idea that it was a documentary on the disease or on the hospital. Her primary intention, she says, was to make a melodrama about a mother (Catherine Deneuve) who loses her son (Benoît Magimel). His meeting at the same time with Gabriel Sara, an oncologist practicing in New York, who spoke to him about his work in “The cancer trenches”, convinced her to marry the two universes.

→ READ. “The Girl from Brest”, the scalpel in the wound

Hence this sometimes rather confusing mixture between the fictional story, that of a man who has only a few months to live, and the reality of an incredibly humanistic medical approach embodied in the film by the doctor himself, thus painting the portrait of an almost idealized end of life and hospital. “As long as the doctor’s words were plausible and fair, it was clear that my purpose was not to report on the state of cancerology in France, nor on the physical suffering of patients. “, Is justified Emmanuelle Bercot.

A mother and her son face the disease

You have to accept this initial premise to let yourself be carried away by a feature film which, contrary to the many films on euthanasia, tells the story of a young man who knows he is condemned by illness and ends up, thanks to his doctor. , by accepting the inevitable. Benjamin, a drama teacher, was 39 when he learned he had stage 4 pancreatic cancer. Incurable therefore, and with a fairly poor prognosis for life. Four seasons exactly. Four seasons, through which the director, in the manner of a score, recounts this trying path towards certain death. With all its variations: denial first, then anger at injustice, depression, then resignation.

By his side to accompany him is his mother, Crystal. For her, too, it is not easy to accept a diagnosis that upsets the natural order of things. “There is no word in the language to designate the one who loses a child”, she notes with bitterness. To his revolt is added the guilt of having sometimes acted badly towards his only child. From this mother-son relationship, the starting point of the film, we quickly slide towards an intimate experience. Not that of illness or pain, but of accepting one’s own end. The scenes where Benjamin teaches the art of playing to his students provide Emmanuelle Bercot with the material for pretty metaphors on the “breath of life” and the mystery of “presence”, which serve as a modest barometer for states of mind. of the patient.

Magimel, a performance full of nuances

Benoît Magimel seems to have slipped with natural ease into the skin of this man who is confronted with the fragility of existence and must make peace with himself by “Tidying up the office of his life”, as encouraged by his oncologist. Without ever forcing the line, he makes us go through all the emotions of his character and with Catherine Deneuve forms a convincing duo.

This performance responds to that of Gabriel Sara. False actor but true doctor, nicely renamed Doctor Eddé, he illuminates the film with his charismatic presence, just like Cécile de France, discreet and sunny, in the role of his assistant. Whether he leads discussion groups, concluded in songs, with the nursing staff, or goes to his patient’s bedside, this doctor manages, thanks to a very personal method, made of truth and compassion, to find the words while keeping the right distance with his interlocutors. The surplus of humanity that he brings to the film compensates for the harshness of his subject and some slightly worn script strings.

“A film that rings true”

” The film In his lifetime sounds right. Several branches of our federation will also organize screenings, followed by debates. Of course, not all end-of-life looks like the one depicted on screen. Here we have a case of end of life which may seem idealized but which is plausible. Yes, teams can also be present, involved. Yes, doctors as empathetic as the one in the film do exist. I have also found the character of the oncologist remarkable in his frankness to say things, to adapt to the rhythm of the patient, according to what the latter wants or can hear. This is palliative care support: putting the sick, the human at the center. The film also tells in a very fine way the different stages of what can be the inner journey of a patient and his relatives, once the diagnosis has been made. »(Collected by Alice Le Dréau)