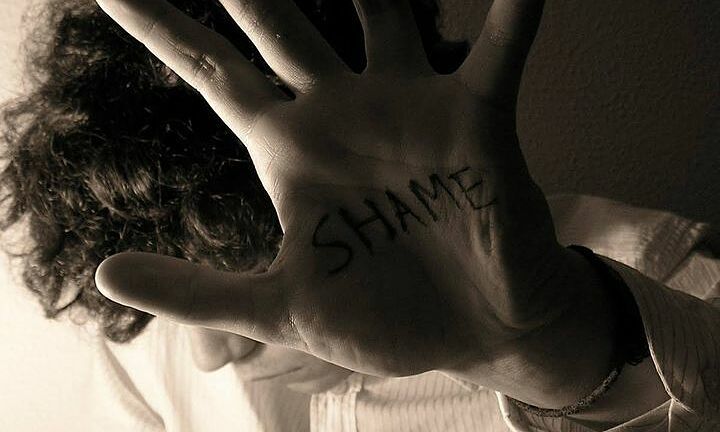 In a state of shame, people tend to want to flee, want to “invisible”, consciousness as paralyzed. This is called the “suicidal state of consciousness”.

In the emotional magnitude chart, famous American psychologist David R. Hawkins analyzed the energy levels of many types of emotions, from the most destructive and the most damaging to the positive ones. and has the most spiritual nourishing effect. Through it can be seen, the most negative human emotion is shame.

Dr. R. Hawkins’ research shows that each person has a different vibration frequency or energy level depending on their spirit, in the range from 1 to 1,000. For example, if a person is embarrassed or humiliated, their mental energy level is the lowest, only 20.

Meanwhile, guilt is also one of the most negative emotions, according to Dr. David R. Hawkins’ emotional level. Guilt can be expressed in many ways, such as regret, self-blame, and torment.

Unconscious guilt can lead to physical and mental illness, and even suicidal behavior. It also causes a person to display negative moods such as anger and fatigue frequently …

Also according to Dr. David R. Hawkins’ analysis, people’s indifference and indifference can also create enormous negative emotions for a person, leaving their energy level at very low levels (50). . Indifference also means self-indifference – that is, a lack of excitement in every aspect of life.

At a lower energy level, the world is terrifying. Thanks to the energy of courage, life seems safer, more fresh and enjoyable. As a result, people have the ability to grasp opportunities in life. Obstacles can “swallow” people with energy levels below 200.

In his research panel, Dr. David R. Hawkins pointed out that the highest energy level a person can achieve is 700+, with clarity. This energy level is related to self-awareness. Only about one in ten million people reach this “realm”. When this energy level is reached, people feel “time and space are suspended, nothing is fixed, everything is alive and radiant”. Although the world is still the same in the eyes of others, for them, the world is an evolutionary stream that constantly dancing, in harmony with the evolution of nature, man.

Emotional level charts play an important role, helping people to be aware of their energy levels and regulate it. Although happiness, sadness, anger, love … are emotional states that everyone will go through, but if we keep ourselves in a bad mental state for a long time, harm our body. Who is not to be underestimated. Therefore, we should try to keep our mind at peace, think positive, that is, narrow negative emotions and exaggerate positive ones.