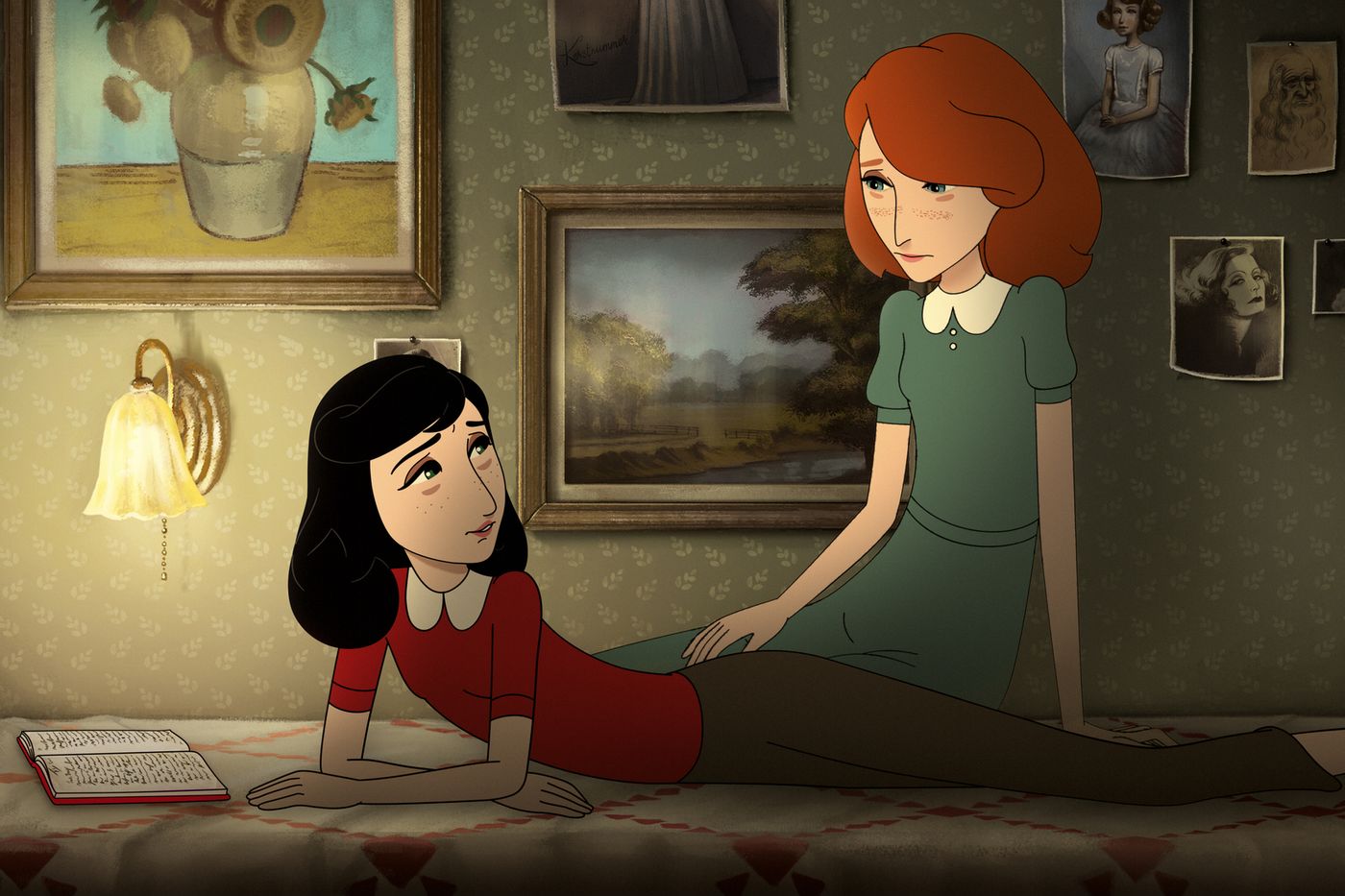 Reactivating the message of hope and humanism contained in Anne Frank’s diary to better draw attention to the tragedy of our time, that of the refugees: this is the whole point of Ari’s third animated film Folman. A poetic and inventive tale that sails between the Amsterdam of 1944 and that of today alongside Kitty, the imaginary friend to whom the young girl addressed in her diary.

It mysteriously takes shape on a stormy day when in the Anne-Frank Museum, the display case containing the precious newspaper shatters. The ink of the words escapes and swirls to give life to the one who was the silent witness to Anne’s questions and fears. Kitty then sets out to find her and that of her family, unaware of the passage of time and the fate of the young girl, arrested and deported in 1944 to Auschwitz-Birkenau then to Bergen-Belsen. Aided in her quest by a young pickpocket named Peter, Kitty crosses paths with a refugee family, while reading the newspaper takes her back to the Frank family’s past.

When contacted by the Anne-Frank Foundation to adapt the famous newspaper, the Israeli director of Waltz with Bachir (César for best foreign film in 2009) initially refused. Then changed his mind by setting two objectives: to address a young audience who would not have read the book and to tell the story through the character of his imaginary friend to update the narration. The bet is held even if the film suffers from a somewhat heavy didacticism and from a parallel which one could judge clumsy between the Shoah and the fate of the migrants.

For the rest, Ari Folman’s film, despite its relatively classic form, enchants us with a thousand finds and inventions. Like this army made up of characters from tales and mythological figures, including Clark Gable on horseback, launched to attack the Nazi hordes or this suspended train running at full speed towards the bowels of the earth. The violence of the Shoah is represented there metaphorically under the tutelary shadow of the camp represented in Chinese shadow. This camp where the director’s own family arrived the same week as Anne Frank’s.