(Sports news) Most of the “giants” over 2 meters high in the sports industry in Vietnam have left their mark in 2020.

Vovinam boxer Tran Ngoc Tu is the most “terrible” tallest athlete in Vietnam today. At the age of 22, he was 2m20 tall. The highest achievement that Ngoc Tu won is the national gold medal in 2019.

However, 2020 marks a year of unsuccessful competition for this “giant” when he consecutively stops in the semi-finals at two prestigious Vovinam tournaments, namely, the Vovinam Championship 2020 and the Vovinam Championship country 2020. Even more regrettable when in the national tournament took place in Ha Tinh last November, Ngoc Tu was eliminated by lottery after hitting a draw in 3 main rounds.

Duy Khanh is a name that causes “fever” in the Vietnamese volleyball village this year when he was only 18 years old, this athlete born in 2002 was 2m10 tall, thereby surpassing his brother Cu Van Hoan (2m) to become the tallest athlete. in the country’s volleyball world. Duy Khanh improved every day in the colors of Vinh Long

This year marks a new turning point for Duy Khanh when he just graduated from the Gifted Sports School in Vinh Long province. Currently, Khanh is still a contributor to the youth team of Vinh Long. He is considered the strategic “card” of this team with a range of more than 3m35 and his skills are being honed every day.

This year 2020 is the year that Phu Vinh is playing the most competitive field in his career in the Saigon Heat shirt. He averaged 24.4 minutes in 11 games, averaging 9.3 points.

According to experts, this striker has had a very good improvement in fitness, fitness and skills this year. Phu Vinh is considered a young talent with great potential to become a star of Vietnamese basketball in the near future.

The year 2020 marks the great progress of the 2m “garden crane” Cu Van Hoan when he regularly participates in the matches of the volleyball team Trang An Ninh Binh. Most recently, this team has reached the semi-finals of the 2020 national volleyball championship which is taking place in Dak Lak and eventually won the third prize. Despite having a “huge” height, athletes born in 1996 move quite flexibly, jump well and can beat balls in many different difficult positions. Besides, Hoan is also a “steel shield” with a long arm span that helps him grip extremely well on the net. 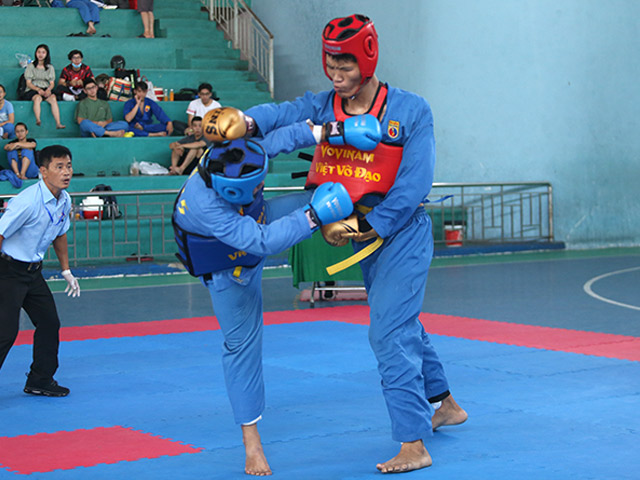