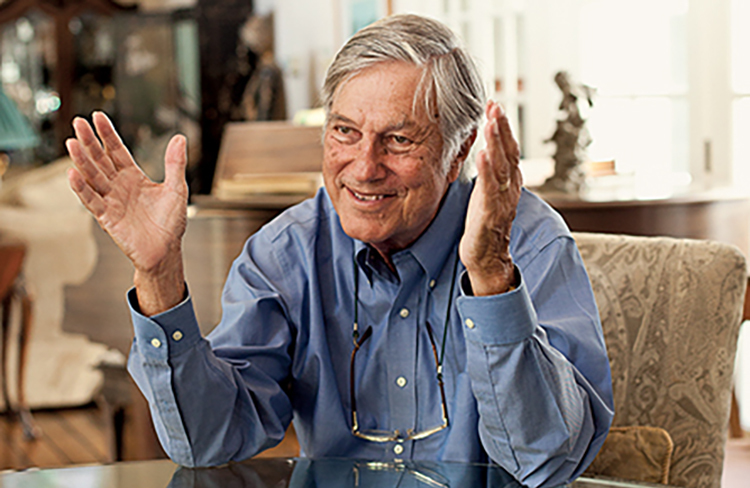 Professor Arlie Bock, Dean of the School of Medicine, Harvard University, has led the longest human study in history to find the key to happiness. From 1939 to 1944, the research team selected 268 Harvard University students, who were men, all from families with good education, physically and mentally healthy and fit.

Every two years, this group of people will receive a questionnaire, reporting almost everything on physical, mental, marital quality, career success or failure, happiness in retirement. or not?

Every five years, they will be assessed by a professional doctor on indicators of physical and mental health. Then, 5-10 years later, researchers visit them in person and interview them to better understand real life.

These 268 people have experienced World War II, recession and economic recovery. Some people get married and then divorced, some succeed, some fail, but some suffer from a serious illness and die early.

After all, what did the 76-year study, which cost more than 20 million USD, yield?

The researchers show that, when the intelligence index (IQ) exceeds 110, problems such as appearance, family history, depression … no longer have too much influence on income levels, location. their economic and social position. Therefore, these are the factors that have little influence on the “key to success”.

The factors that really affect success are: self-discipline (including not drinking, smoking, exercising, maintaining a reasonable weight); fully loved; have empathy; have close relationships.

“Emotion, warmth, and intimacy directly affect people’s coping mechanisms,” says psychiatrist and Harvard Medical School professor George Eman Vaillant. Accordingly, he believes that everyone will encounter surprises and failures in life. However, the difference between each person lies in how they have a method of dealing with it. “When encountering failure, some people lock themselves in, immerse themselves in negative thoughts, deny themselves. There are also people who still exercise with friends, sweat and release all the pressure, accepting the challenge. comfort and encouragement of family members…”, George Eman Vaillant said.

In the group of volunteers, there was a person named Camille, who was once considered a failure in life. At the age of 35, he was hospitalized with tuberculosis. During 14 months of treatment, Camille was always alone, no one came to visit. However, he was fortunate to be cared for and cared for by medical staff.

After a long hospital stay, Camille, who was called a “psychotic”, once had suicidal thoughts, completely changed. He became a responsible doctor, husband and father. People around him like family, patients, colleagues and friends all love him more. At the age of 82, Camille died of a sudden heart attack. Those who attended the funeral expressed their genuine grief.

From Camille’s case, it can be seen that although the beginning was not the best, this man still ended up living a prosperous and successful life.

Psychology professor Robert Waldinger – member of the research team – said that a warm and close relationship is the most important key to success to open a good life. It helps people live happier, healthier and happier lives.

This professor believes that having good interpersonal relationships will be happier than fame and wealth. Because once basic material needs are met, the impact of wealth on people diminishes, and the joy of having an annual income of $75,000 or $75 million isn’t really that great.

“Therefore, instead of desperately chasing money, it’s better to spend your time maintaining good relationships with family and friends,” he said.